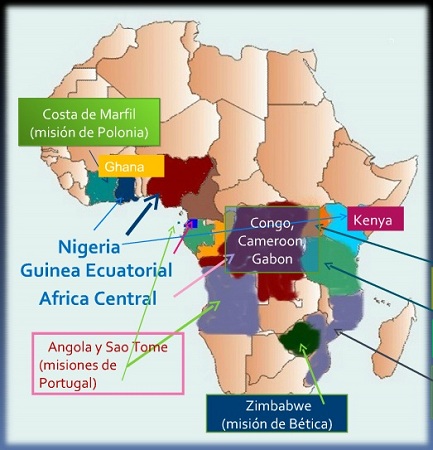 The three new Organisms, since 2005, were part of the Independent Delegation of Central Africa. Within it were grouped missions founded by the Provinces of Germany (Congo), Canada (Cameroon), and Italy (Gabon). After seven year the General Government determined that the Claretian presence in these places had developed in their pastoral, vocational-formative, and economic aspects.

The new Organisms make-up the established communities within the geographic limits of the respective countries and will begin to function juridically beginning July 6, 2012.

To begin, the General Government has named the following Councils which will govern these Organisms from 2012 to 2015.