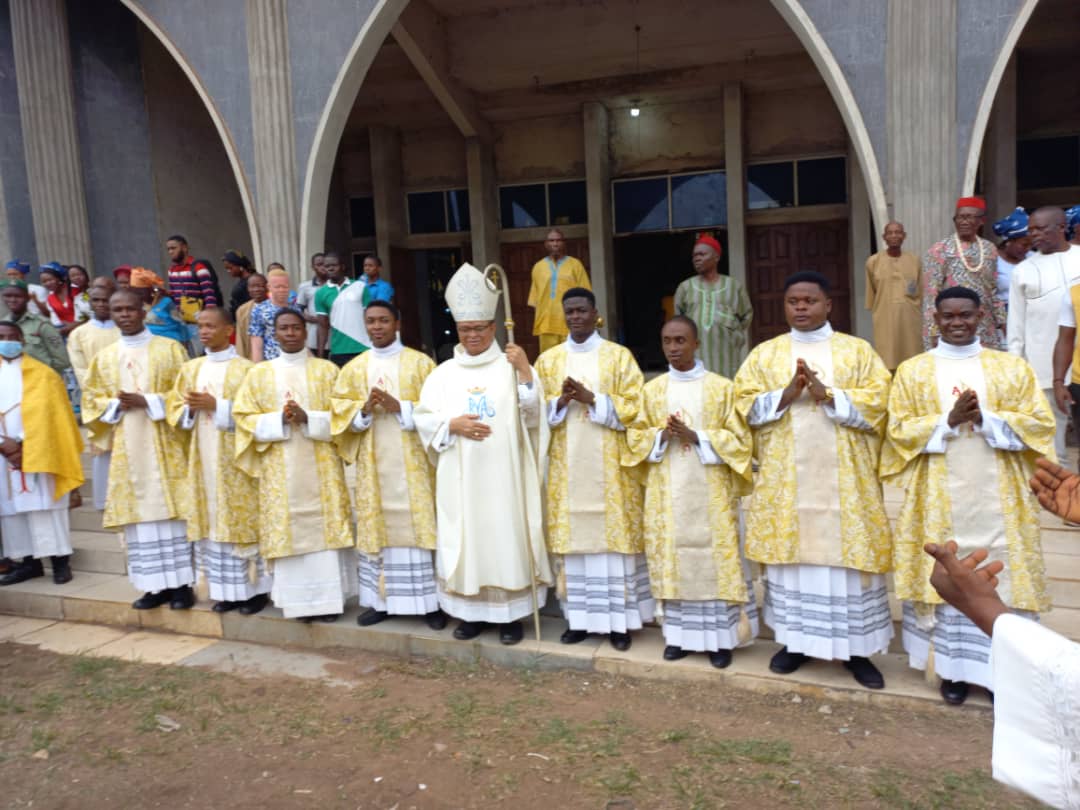 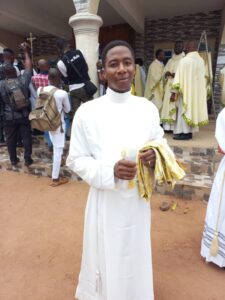 Ahiara, Nigeria. On 12 March 2022, Magnus Chukwuebuka Nwogwugwu, CMF was ordained a deacon at the Mater Ecclesiae Cathedral in Ahiara, Mbaise, Imo State. He was ordained together with seven others who belong to the Catholic Diocese of Ahiara by the Archbishop-elect of Owerri Archdiocese and Apostolic Administrator of Ahiara Diocese, Most Rev Lucius Ugorji.

The ordaining prelate in his homily reminded the ordinands that, “as deacons, they are icons of service and servants of Christ. The diaconal order is a call to service. Despite our weaknesses, the Lord still chose us to serve him. Anyone who is a servant is to be obedient and listen to his master and listening to the Master means listening to his Word.”

Archbishop Ugorji urged the deacons to be conscious of their duties which are fourfold: to be servants and preachers of the Gospel, the prepare the gifts for the sacrifice of the Holy Eucharist, to administer the Eucharist to the faithful, and to be servants of charity under the inspiration of the Holy Spirit. He further advised them to draw inspiration from the deacons – St Stephen and St Lawrence, and from St. Francis of Assisi and St. Theresa of Calcutta who were icons of service to the poor. Finally, he prayed that they become humble and committed servants of God and the Church.

The occasion was graced by over 100 priests and religious and the family and friends of the ordinands.