Born of a noble family in Marianella, Naples (Italy) on September 27, 1696, Alphonsus Liguori was trained in both classical and modern languages, art and music. He received his doctorate in both canon and civil law at an early age. 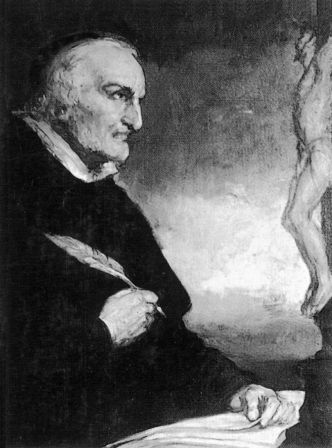 In 1723, Ligouri lost an important case, in his opinion because of political intervention. In spite of his father’s opposition, he abandoned the practice of law, took up ecclesiastical studies and was ordained to the priesthood on December 21, 1726, at 30 years of age.

Ligouri’s ministry as a priest began in the Naples suburbs with youth living on the streets. Nightly outdoor meetings, directed by the youth themselves, provided a welcoming environment as well as social and religious training. At the time of his death, there would be seventy-two chapels, serving over ten thousand youth.

In 1729, Ligouri moved into the Chinese College in Naples, from where he ministered to the poorest and most abject throughout the Kingdom of Naples.

During a respite from his exhausting apostolic activity, Ligouri was inspired to found the Congregation of the Most Holy Redeemer for the evangelization of the rural poor. He founded the Congregation on November 9, 1732, and devoted his literary and artistic skills to the mission of the Congregation. He and his colleagues embraced a strictly common life, professed religious vows and devoted themselves to prayer, penance and study. Theirs was not a cloistered community, however, but one dedicated to catechetics’ and preaching popular missions and retreats. Ligouri was determined not to accept schools or parishes, for fear of hampering his missionaries’ availability and, as a result, many of the first members left the Congregation.

In 1762, in spite of his dogged resistance because of his age, poor health, and his feeling unworthy, Ligouri was ordained bishop of St. Agatha of the Goths. He was, however, a decidedly missionary bishop: his zeal in preaching the Gospel undiminished, caring for his priests and seminarians, ending entrenched abuses, promoting the decorum of worship, rebuilding churches, generous to all those in need, and no less a prolific writer.

In 1775, Ligouri was allowed to vacate his diocese and retire to the Redemptorist community of Pagani, where he died on August 1, 1787. He was canonized in 1831, named a Doctor of the Church in 1871, and patron of confessors and moralists in 1950.

Ligouri wrote one hundred and eleven works on spirituality and theology. Among his best known works are: The Efficacy of Prayer; The Practice of the Love of Jesus Christ; The Glories of Mary; and Visits to the Blessed Sacrament. His mastery of moral theology came from responding to the concerns and questions of ordinary people.

Alphonsus Liguori and Anthony Mary Claret lived in different centuries, came from quite diverse family and educational backgrounds, yet as missionaries both tirelessly sought out those neglected by the church and society. Both were prolific writers, addressing the concerns of the most ordinary people. In short, these two missionary bishops, who accepted the episcopacy only under obedience to the pope, exercised their episcopal ministry with an undeniable pastoral zeal rarely seen in their time. So it should be no surprise that Ligouri deeply influenced Claret and was named a co-patron of the Congregation of Missionaries.

Actually, as just a boy Claret was already reading Ligouri (Autobiography 41). Seeking admission to the Society of Jesus, he pointed out that he had spent three years studying Ligouri’s moral Theology with Fr. Lárraga, the Vicar General of the diocese of Vic and Rector of the seminary. In his Resolutions for 1860 Claret cited Ligouri: “The poor have more need than others.” He was also impressed with Ligouri’s concern for preparation for the celebration of mass, an unhurried pace, observation of the rubrics, and thanksgiving following mass.

Claret regarded Ligouri as not only an outstanding theologian but as a model of priestly and episcopal ministry. Much of his preaching was inspired by Liguori, whose works he frequently recommended to others. He especially admired the Selva di Materie Predicabil and drew plentifully on Ligouri’s devotional writings