Born on May 6, 1894 in Geissirl, Oberpfalz, Germany, Peter Schweiger received his formation as a Claretian Missionary at various seminaries in the province of Catalonia and was ordained a priest in 1920. After serving as a professor at the Roman Seminary, Peter Schweiger returned in 1930 to Germany, where he held a number of important posts. 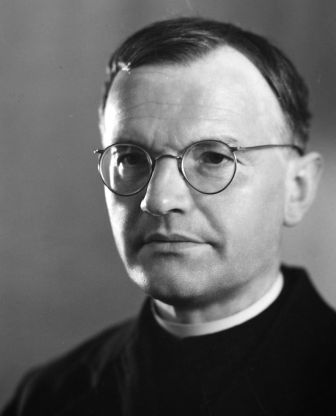 In 1949, Fr. Schweiger, the only member of the General Chapter who was not Spanish, was elected Superior General, reflecting the widespread desire within the Congregation to break out of its narrowly Hispanic mold. Re-elected in 1961, Fr. Schweiger served as a consultant during the Second Vatican Council and embraced the Congregation’s process of renewal during the Extraordinary General Chapter of 1967. A man of strong character, he was nonetheless, always good natured and solicitous for the individual.

The following are the most important events during Fr. Schweiger’s years as Superior General:

July 16, 1949, the one hundredth anniversary of the founding of the Congregation. Optimism about the Congregation’s future inspired celebratory events wherever Claretians served. Fr. Schweiger wrote a circular letter focusing on our Marian, Claretian and missionary identity.

May 7, 1950, the canonization of Anthony Mary Claret, indeed a unique event in the history of the Congregation. Claretians from around the world attended. The next day, Pope Pius XII received the pilgrims, and the renowned Spanish poet José María Pemán feted Claret at the Gregorian University.

1952: the dedication of theVotive Temple of the ImmaculateHeart of Mary in Rome, designed by architect Don Armando Brasini. The adjoining building became the General Curia of the Claretian Missionaries. Fr. Schweiger wrote a circular letter on thesignificance of the event.

1959: the opening in Rome of the Claretian International College, affiliated with the Pontifical Lateran University.

1960: the opening of the interprovincial and international Theologate in Salamanca (Spain). Before closing in 1971, it had developed a prestigious faculty and an international student body trained in both Theology and the Claretian charism.

1949 to 1952: the Congregation suffered relentless persecution in China.

1956: the Congregation was caught up in religious persecution in Argentina.

1959: following the ascendancy of Fidel Castro in Cuba, our missionaries were expelled and our property confiscated.

1964: chaos erupted in the Congo. Fortunately, our missionaries were able to leave relatively unscathed.

In 1955: he addressed the matter in a circular letter.

Fr. Schweiger particularly lamented what seemed to be an increasing decline in recent years in appreciation of one’s own vocation. A religious vocation used to be seen, he wrote, “…as a heavenly treasure, the pledge of eternal salvation, affirmed by a divine promise in favor of those who persevere in our Congregation to death. The commitment of religious profession, like that of the priesthood, was rarely broken, (4, p. 150).

Fr. Schweiger blamed inadequate screening of candidates and inadequate formation, as well as a casual attitude toward the binding character of religious profession, as well as the lack of religious spirit and communal spiritual life, all of which, he insisted, made it all but impossible for religious to imitate perfectly the sacrifice of Jesus Christ.

Basing himself on the Founder’s words in the Constitutions about the “absolute necessity of being faithful to one’s vocation,” Schweiger directed recruiters to take great care in the selection of candidates and formation personnel to provide a solid and robust program of formation at every stage. Superiors must actively assist those struggling with their religious commitments, and all member must “care for fidelity to one’s own vocation through prayer for perseverance and fostering a positive atmosphere of spirituality and a familial environment that strengthens each one’s vocation” (4, p. 154).

“…Jesus Christ calls young people to holiness and the apostolate and leads them toward those religious families, where they will find a home and advance in the grace of their vocation? He steers them away from Institutes, which will not advance the grace of their vocation. Let us then, dear brethren, cherish the spiritual life and diligently cultivate all virtue, since this will attract many good vocations” (4, p. 156).