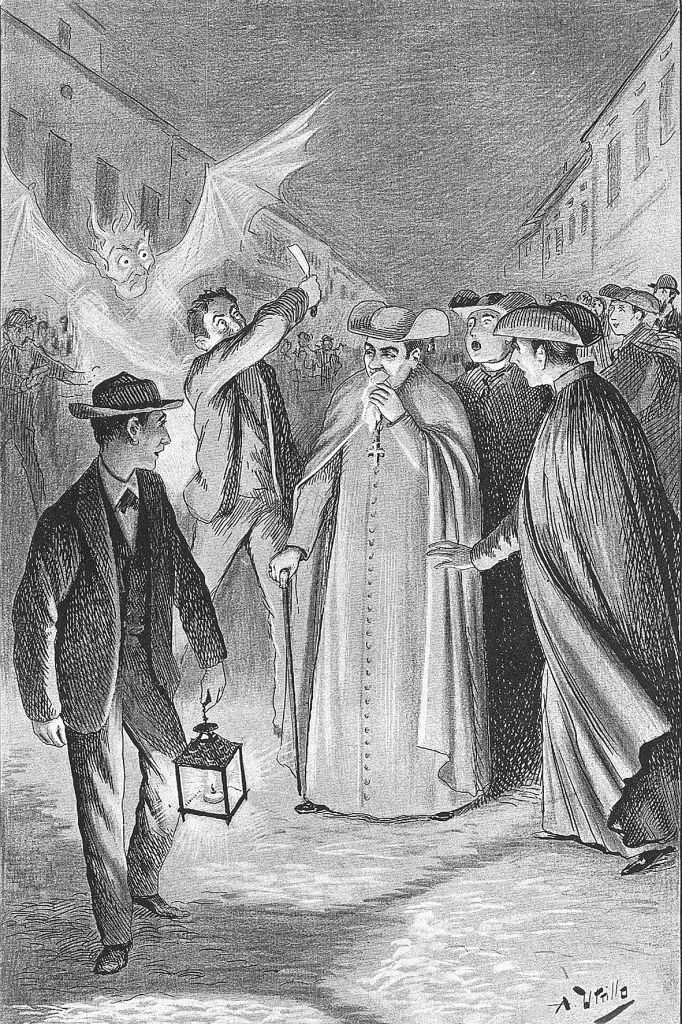 On February 1, 1856, in the city of Holguin, Cuba, Archbishop Anthony Mary Claret was the victim of a failed attempt on his life.

He had begun the day with a pastoral visit to the area, his fourth as Archbishop of Santiago, Cuba, since he had arrived in Cuba five years earlier.

Claret arrived in Gibara from Port au Prince in late January. Father Pedro Llausás, Claret’s chaplain and secretary, said that Antonio Abad Torres (cf. Aut 584), who had attempted to assassinate the Archbishop in Gibara a year earlier (cf. 4, pp. 956-957),was the one who attacked the Archbishop in Holguin. A native of the Canary Islands and known as the Islander, Torres had been let out of prison the year before at the behest of Claret, without Claret ever meeting him.

The attack was carried out by one person, but investigation determined that he acted as part of a conspiracy hatched years earlier. (Within moments of the assassination attempt, false reports of its success spread.) Early on, Claret had alienated those, among others, angered by his insistence on clerical celibacy.

Claret rejoiced in the attempt on his life, the consequence of a life dedicated to following Christ, tirelessly devoted to God being known, loved and served by all creatures. The shedding of his blood seals his preaching the Gospel in spite of years of persecution and slander.

The Archbishop rode on horseback, accompanied by a large crowd and the rural police. In Holguin, he was stayed at the home of the military chaplain, the would-be assassin never leaving the door. The next evening Claret went to the parish church of St. Isidore. Completing his sermon, the Archbishop had walked hardly fifty meters, when a man thin and short in stature jumped off the sidewalk, stooped, as if to kiss the prelate’s ring and attacked (4, pp. 956-957).

Claret describes the event in his Autobiography:

“… When suddenly his arm flew back and he brought the razor he was holding down upon me with all his might. I had my head down and was touching a handkerchief to my mouth with my right hand, and so, instead of slitting my throat as he had intended, he slashed my face across the left cheek, from the ear to the chin. The razor also caught and wounded my right arm in passing because I was holding it up to my mouth” (Aut 575).

The attempt on his life in Holguin was a catalyst to Claret’s spirituality of martyrdom. Thereafter, he longed to lay down his life in service to the Gospel. “I cannot describe the pleasure, delight, and joy I felt, my soul realizing that I had reached the long desired goal of shedding my blood for love of Jesus and Mary and of sealing the truths if the Gospel with the very blood of my veins. My spirits soared as the thought that this was but a promise of what I might achieve in time to shed my blood completely, in the ultimate sacrifice of death” (Aut 577).

“I was in Puerto Principe making my fourth pastoral visit since my arrival in Cuba five years before. After I had finished visiting the parishes of that town, I headed for Gibara, visiting Nuevitas in passing. From the seaport of Gibara I moved on to Holguin. For several days I had been feeling very fervent and full of longing to die for Jesus Christ. The love of God seemed to be the only thing I knew how or chanced to talk about, both to the members of my household and to outsiders who came to visit me. I had a great hunger and thirst to suffer trials and shed my blood for Jesus’ and Mary’s sake. Even in the pulpit I would remark that I desired to seal the truths I was preaching with the very blood of my veins”(Aut 573).

Claret forgave his executioner. “The would-be assassin was sent to jail, tried and sentenced to death by the judge, not-withstanding the deposition I had made, stating that I forgave him as a Christian, a priest and archbishop. When this was brought to the attention of the Captain General of Havana, Don Jose de la Concha, he made a trip expressly to see me on this matter. I begged him to grant the man pardon and remove him from the island because I feared that the people would try to lynch him for his attack on me […] I offered to pay the expenses of my assailant’s deportation to his birthplace, the island of Tenerife in the Canaries”(Aut 583-84).

Claret not only forgave but believed Antonio Perez a benefactor: “I say ‘favor’ because I regard it as a great favor from heaven, which has brought me the greatest joy and for which I thank God and the Blessed Virgin Mary continually” (Aut 584). In 1861, Claret wrote that he felt good about the actions of his persecutors and enemies: “The enemies … I think that they are with me like carpenters with wood; like locksmiths with iron; like stonemasons, sculptors, surgeons that operate, that must pay with favors, thanks and prayers” (1, p. 562).

Holguin was the seal of a life devoted to following Christ, with no other desire than that God be known, loved and served by all creatures.

5. SIDERA, J., The attack in Holguin in the diocesan bulletin of Vic, Arxiu Claret Vic, t. I.