Matthew, whose name, like the name Matthias, means gift of God, is mentioned only in the Synoptic Gospels, where he is mentioned only in lists of the Twelve. In the Gospel bearing his name he is referred to as the tax collector (Mt. 10.3). For centuries, Matthew and Levi have been identified as one and the same, but current biblical scholarship rejects that notion. Indeed, all we know about Matthew is his name.

In the fourth century, Eusebius of Caesarea, citing Papias of Hierapolis, who lived in the early second century, attributed the first Gospel to the apostle Matthew. Current biblical scholarship, however, rejects such a notion. 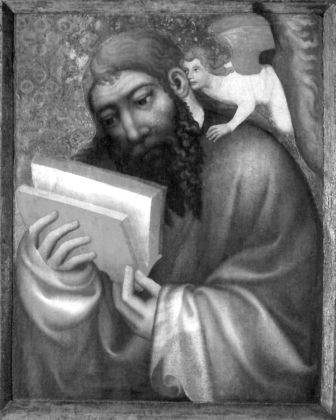 Notwithstanding, behind each of the gospels is a Christian community, which knows something of its origins, of the preachers who founded it, and reverences its founders. Consequently, it is highly probable that a disciple of Jesus called Matthew, whether one of the Twelve or another, was particularly esteemed in the community, to which the gospel’s authorship is attributed.

In his Ecclesiastical History, Eusebius cites the traditional belief that Matthew went on to preach in Ethiopia and Persia, where he suffered martyrdom. Later traditions, which are hardly reliable, claim that Matthew preached in Pontus, Syria, Macedonia, and even Ireland. We have no reliable data concerning his final days.

Claret had a predilection for the Gospel of Matthew. His popular edition of the gospel, consists of the twenty-eight chapters of Matthew and the first two chapters of Acts, with the indication that one chapter should be read each day of the month. In explaining chapter 10 (the mission discourse), Claret says: “He also called the Twelve the apostles, which is those to be sent, because as the eternal Father sent His Son Jesus, so the Son sent his disciples. There were twelve, just as there were twelve patriarchs, so that just as all the Jews were descended from them, all Christians might be descended from the Twelve Apostles.”

And regarding “Take no gold, nor silver” (Mt 10:9), he adds: “Thus the Savior chose and sent the apostles. Free of all anxiety and dependent on divine providence, they were to dedicate themselves solely to the ministry of the Word, enhancing their preaching with their edifying example of the renunciation of earthly things” (3, pp. 65).

“Matthew was the first evangelist to give testimony of Jesus Christ. Ezekiel portrayed a mysterious animal with the face of a man […]. St Matthew could be called the first town crier or promulgator of the Christian religion, the one destined to speak to all times and places of the kingdom of Jesus Christ, who wrote and printed in the hearts of the children of the Church. St Matthew…but isn’t it enough, in order to place one’s trust in the God who came to save sinners, to see that Matthew was a publican, a man of the world, called away from his profitable employment and his ambitions eclipsed by the victorious grace and triumph of the Lord?

And seeing how quickly this saintly man responded to the efficacy of grace and left everything to follow Jesus Christ, persevering to the end of his days, can one fail to see what sinners must do to be virtuous, holy and perfect, and to gain eternal life? […] Matthew was a glorious evangelist, whose name continues to resound in our churches, not without a special act of God’s providence, who in his eagerness to save all people, wishes everyone to hear the name of St Matthew as a name evoking comfort, hope, virtue and grace for sinners who contemplate it “(1, p. 351).

“I will not cease referring one by one to the wonders worked by the Apostles, who immediately upon being filled with the Spirit of the Lord, began to speak. I’ll say only this about the Apostle St Paul, who was filled with this ecclesiastical spirit. As soon as he encountered Jesus Christ and was animated by the Spirit, impelled not by flesh and blood but by the fire of love, he proclaimed the name of Jesus, motivated solely by greater glory of God and the salvation of souls. A vessel of election, he fear neither prison nor chains; flogging or death threats. It suffices to peruse the Acts of the Apostles and his letters to see that he was an ideal priest filled with an ecclesial spirit. This is the same spirit which animated Domingo de Guzmán…”(2, p. 271).