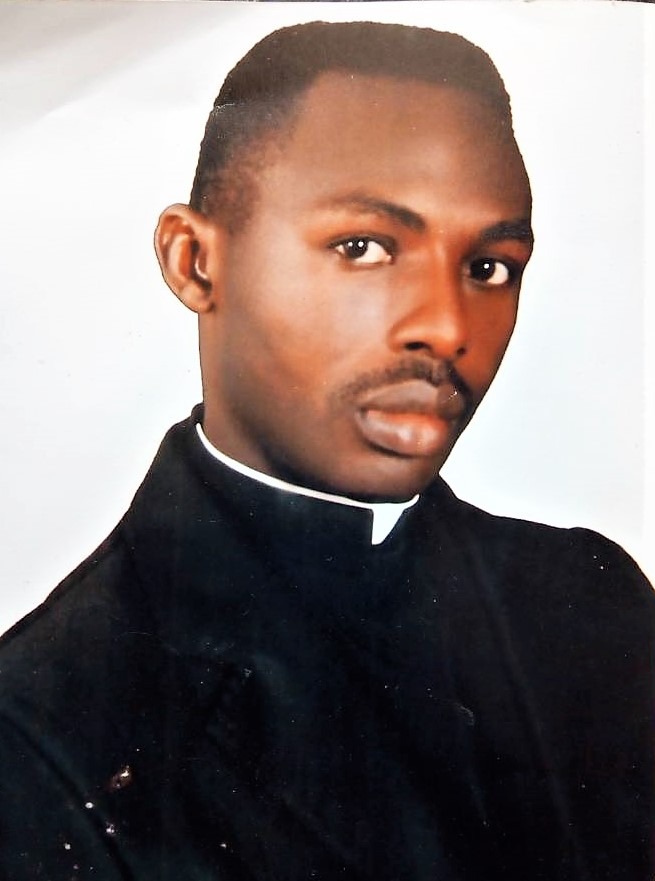 The death of a priest is unlike the death of any other: we feel it differently, deeply. We sense that in losing him, we have lost not only the man but also his unique way of manifesting God. The voice that spoke of God has been silenced; hands that once blessed are impotent. Since a priest is one who takes on the person of Christ, his leave of us is somewhat of a loss in our very communication with the Lord. No one will ever again exemplify Christ for us in the singular way that this particular priest, Fr Cyril Nnodi Ibe, CMF has done.

Rev Fr Cyril Nnodi Ibe, CMF was born on 12 September, 1977 to the family of late Mr Joseph Ibe and Mrs Janet Ibe of Ekeonuwa Owerri Municipal Council Imo State. He was the third son and fourth child of six children (4 Males, 2 Females) of his parents.

After his primary education, young Cyril gained admission into the St Peter Claver Minor Seminary Okpala (1990-1995). It was here that the desire to serve God as a priest began to blossom. He was admitted as a postulant in the Congregation of Missionary Sons of the Immaculate Heart of Mary (Claretian Missionaries) on the 31st day of March 2000. He made his First Religious Profession on 8th September, 2001 and Final Profession on 8th September 2008. He was ordained a priest on 10th July, 2010.

As a priest Fr Cyril carried out the following assignments:

He was known for his unassuming simplicity. He had a special interest in evangelization through the social media and in poetry. Fr Cyril is known for the simple way he conveys the gospel message through story telling. He had battled with illness for the greater part of his priestly ministry but has always carried his suffering with cheerfulness. He died after a brief illness on 13 March, 2018 at Salvation Hospital Owerri Imo State Nigeria