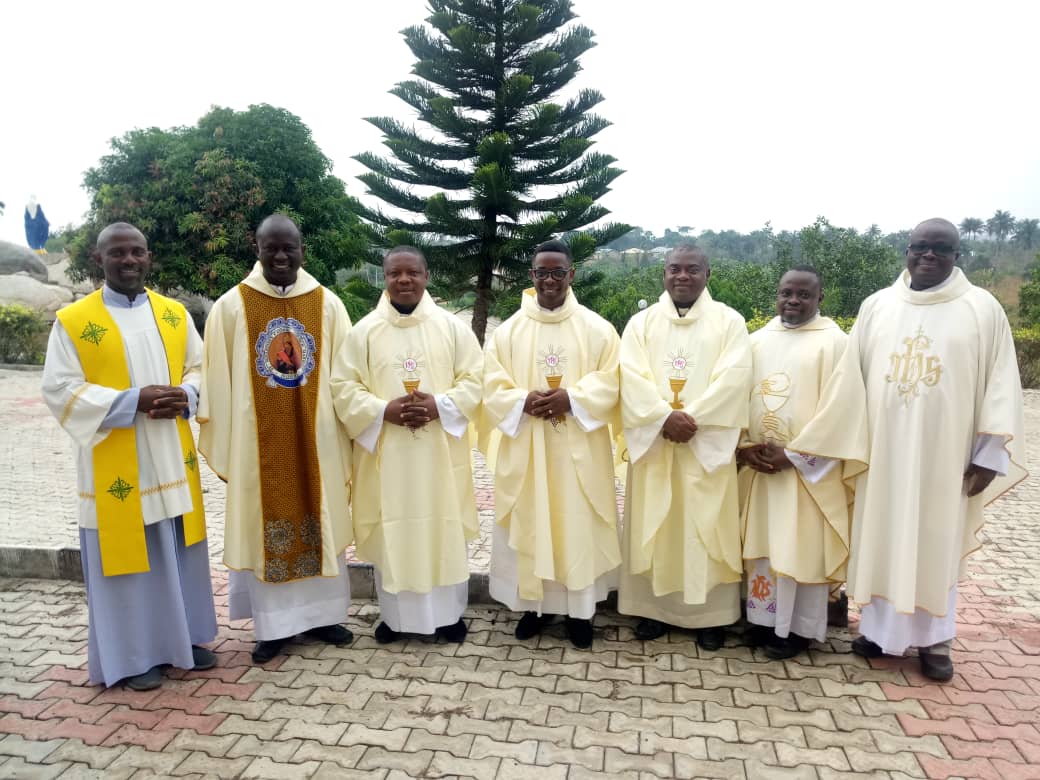 Ibadan, Nigeria. The members of the Independent Delegation of West Nigeria gathered together at their Theologate in Ibadan for the 5th Inaugural Mass of the taking of possession of office of its Major Superior on 24 January 2019. Over twenty priests and around twenty five of the students as well as friends and family members were present.

Fr. Simeon Nwobi, the Provincial Superior of East Nigeria Province was invited to be the homilist. In his homily, he called for oneness of purpose for the new Council Members and the Delegation members. “We should always allow the Holy Spirit to guide our sense of right judgements at all times,” he said.

There after, the Major Superior, Fr. Daniel Mary Chinwuba Onyeayana, CMF, took the Profession of Faith and Oath of Fidelity before all promising his total commitment to the norms of the Congregation and the Universal Church.

At the end of the Mass, the Major Superior read out out the Goodwill message of Father General, Matthew Vattamattam, CMF to those who are present. He also expressed his joy for being considered worthy to carry the affairs of the Delegation for another tenure. For him, he gives God the glory. Fr. Matthias, the Vicar, on behalf of the brothers, also expressed his sentiments of joy for yet another grace filled moment to serve.