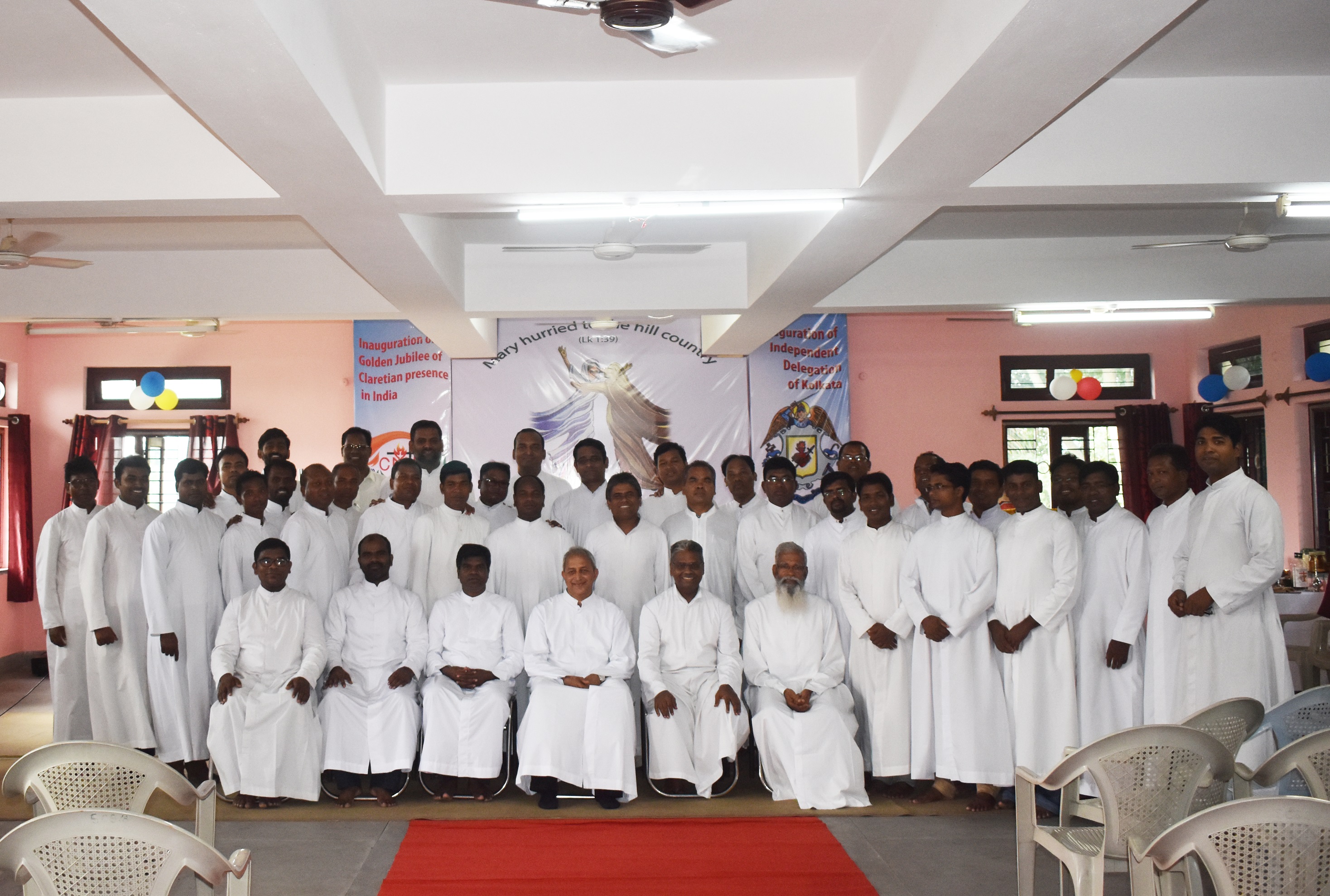 Barrackpore, India. On the 16th of July 2019, 170th Anniversary of the Foundation of the Congregation, the Claretians of Kolkata had three memorable celebrations at a time: 170th Foundation Day, Golden Jubilee of Claretian Presence in India, and Canonical Erection of Kolkata Independent Delegation. All were held at Claret Nivas, Barrackapore in one celebration of the Holy Eucharist presided over by Fr. Mathew Vattamattam, CMF, General Superior of the Congregation. Concelebrating with him were all the Major Superiors of ASCLA West namely Frs. Jacob Arakkal (Bangalore), Jose Thenpillil (St. Thomas), Jesudoss (Chennai), Pius Thurithiyil (Northeast India), Rex Constantine (Sri Lanka and the President of ASCLA West), and V. Lawrence (Kolkata), CMFF. Also present were Frs. James Patteryil (Provincial Econome of Deutschland) and former Chennai Provincials Frs. S. Maria Arul, S. Anselmus, A. Raphael Raj, CMFF who were the early gardeners of the newly erected Organism. Fr. J. A. Santhanam, the Rector of Morning Star College, a big number of Claretian priests, brothers and sisters from the neighbouring religious communities also participated in the great historical event.

After the Mass the first Assembly of Kolkata Independent Delegation took place, moderated by the Superior General himself which continued in the following day. 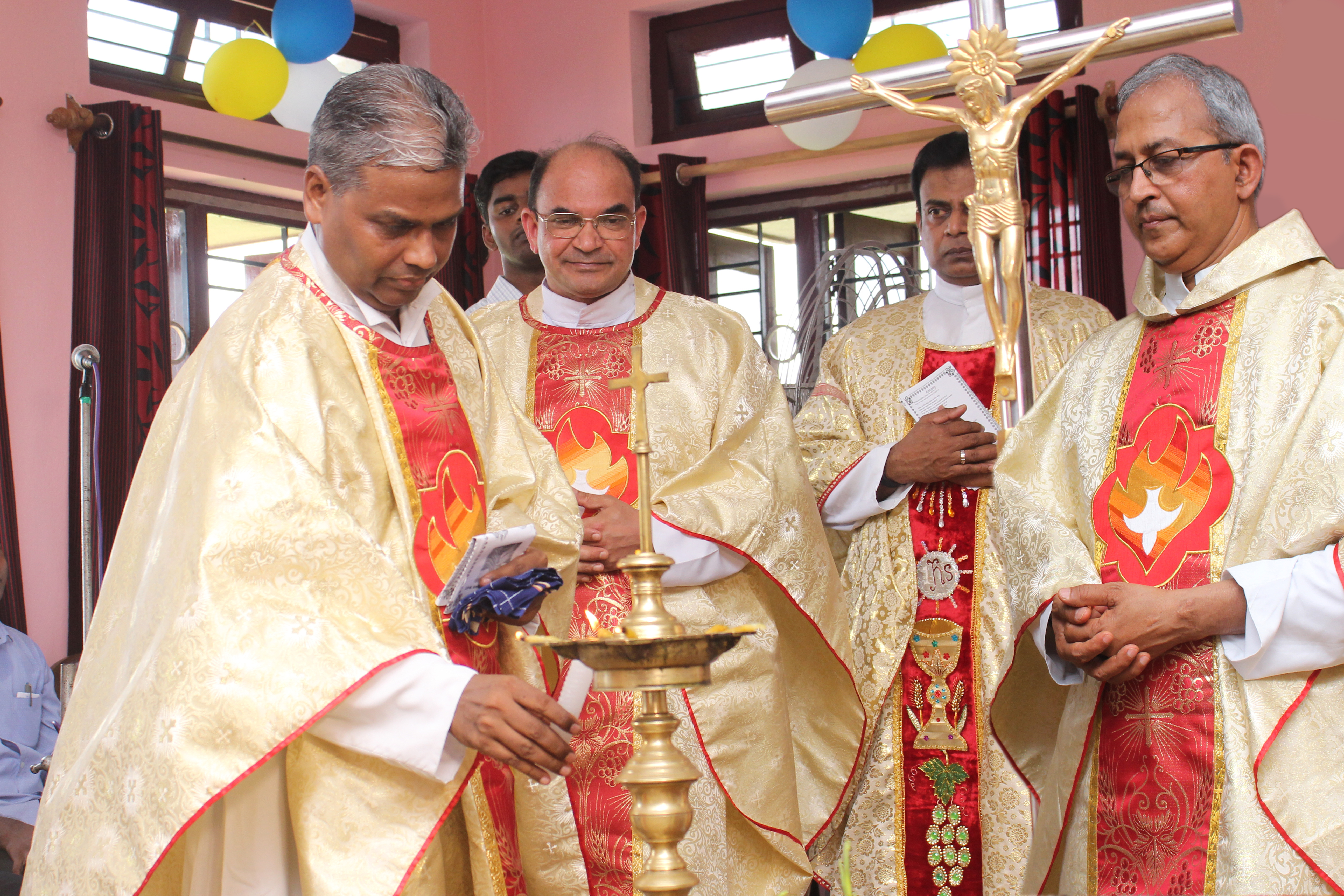 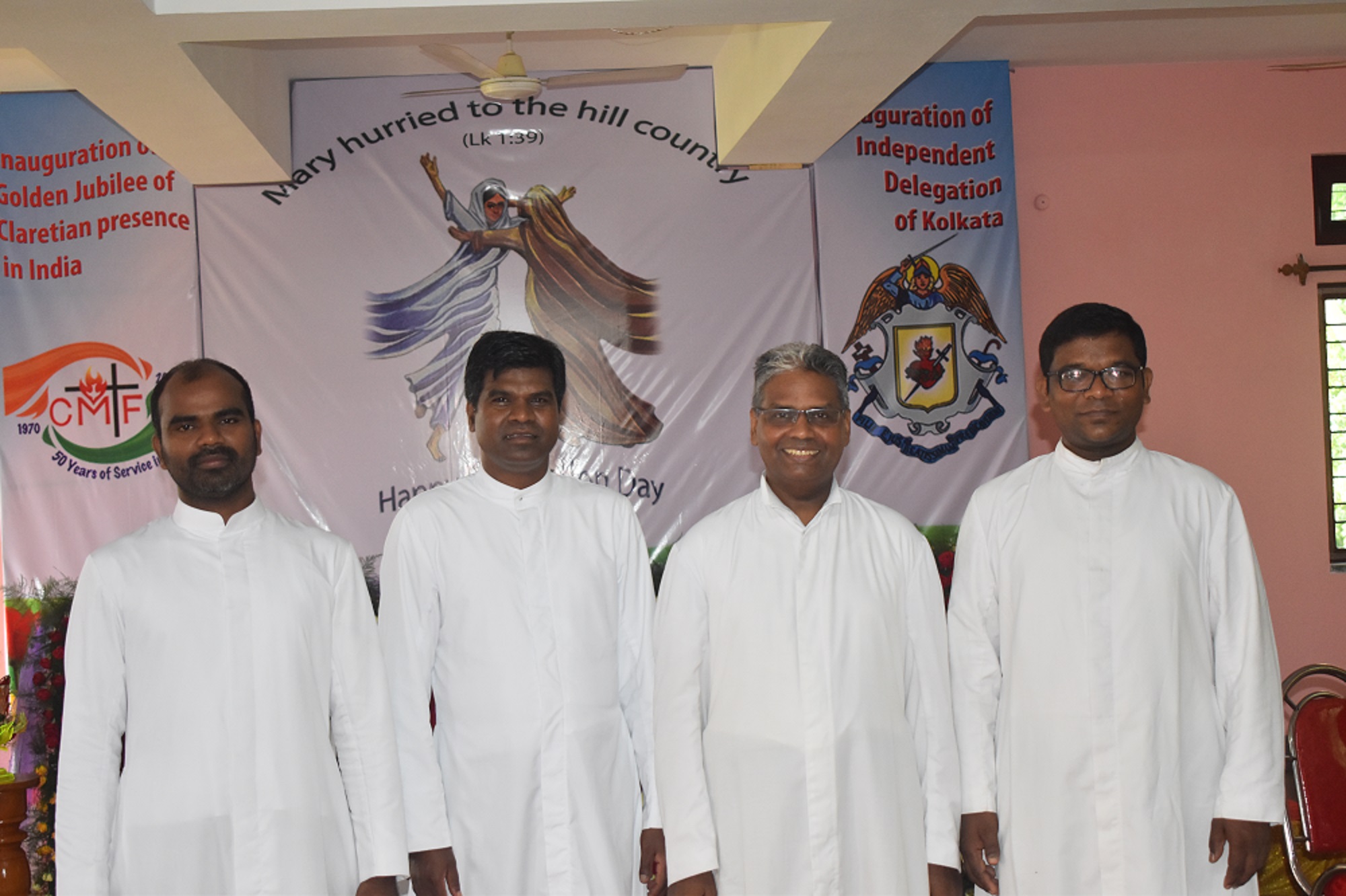 Major Superior and Consultors of Kolkata for the Triennium 2019 – 2022 Barrackpore, India. On the fourth day of the 2nd Delegation Assembly of Kolkata Independent Delegation, Fr. Manuel Tamargo, CMF announced to the body the new Government of the Delegation for 2022 to 2025: Major Superior:Fr. Antony Bhyju CMF (2nd to the left)... 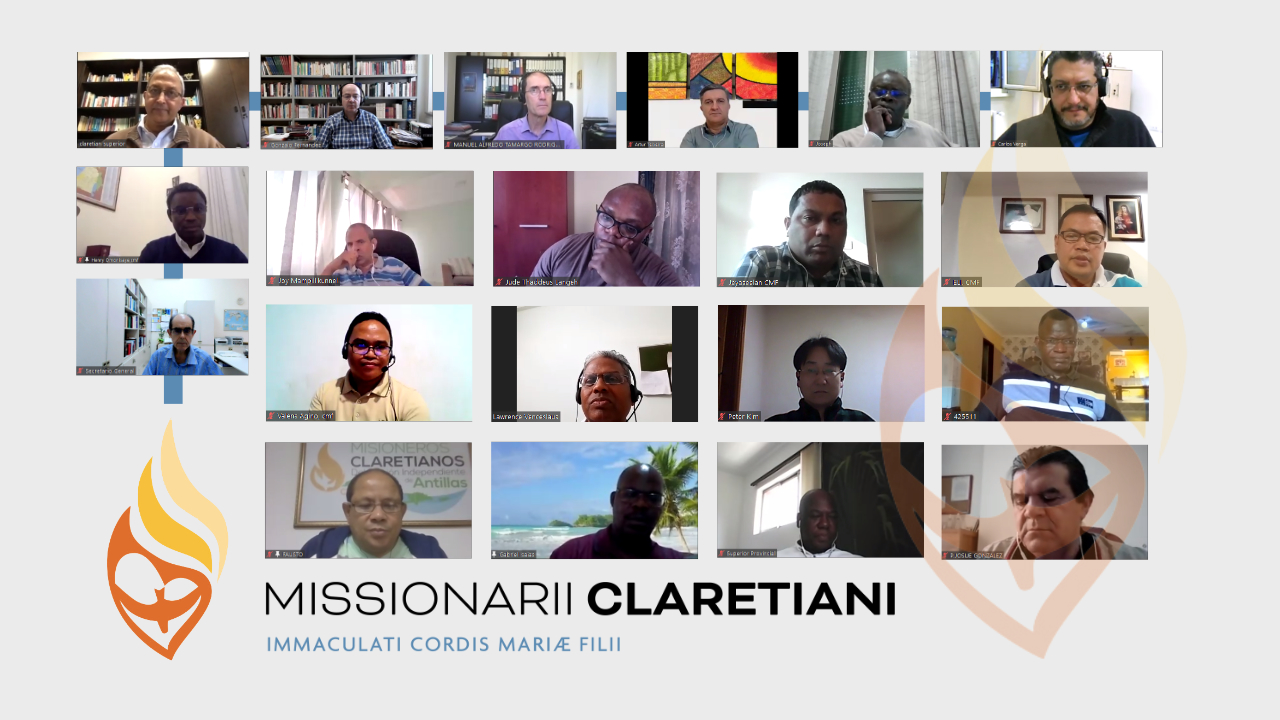 Rome, Italy. On March 1, the Formation Program for New Major Superiors of our Congregation and for those who, although not new, had not participated in the previous editions of the formation program concluded. In this edition participated the Superiors of the...