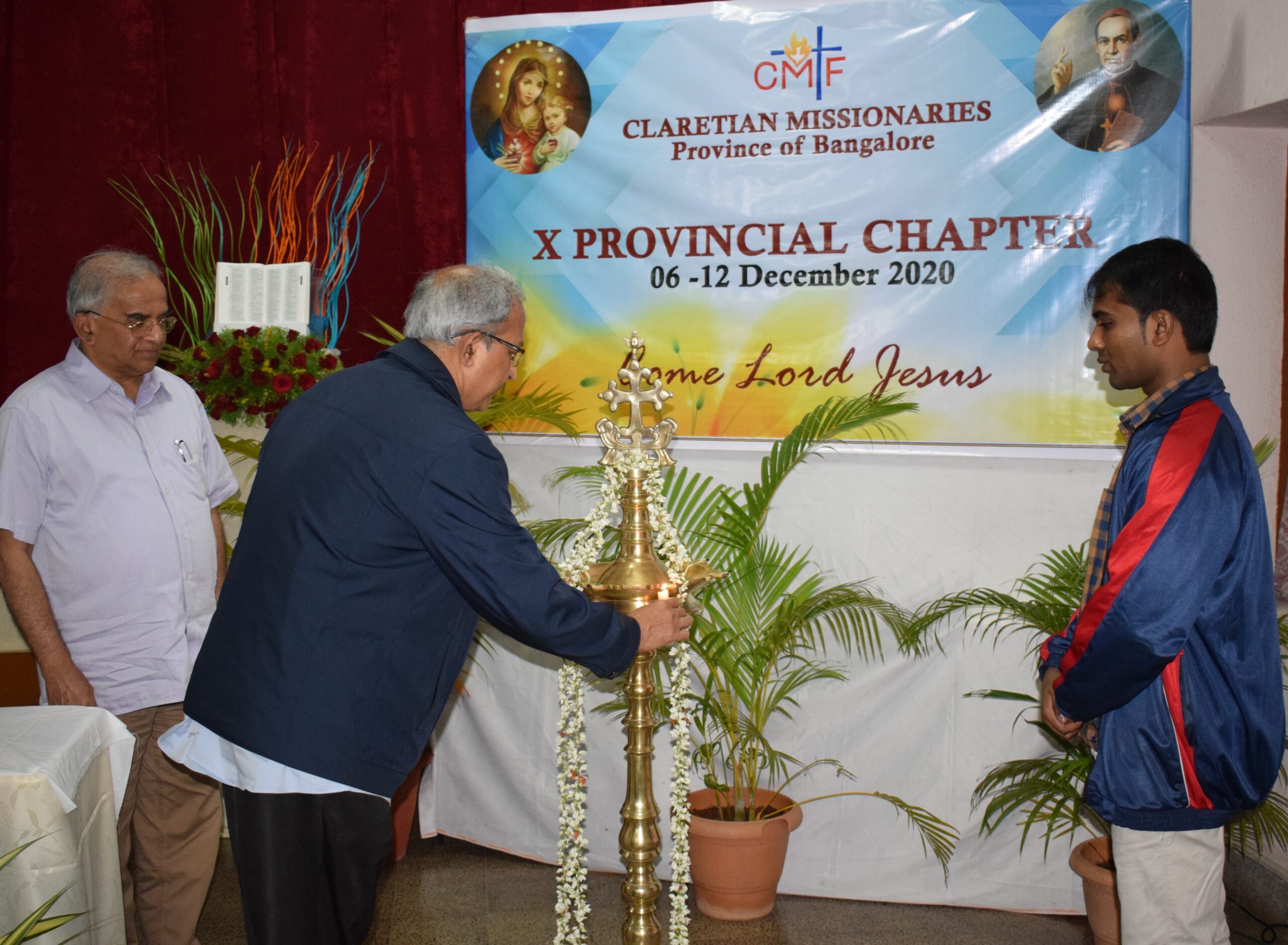 At the end of the first day, the traditional lamp was lit, invoking the presence of God, and the Superior General and the Chapter members were welcomed by Fr. Jose Koonamparapil, Delegate Superior. Afterwards, Fr. Thomas Thennadiyil was elected as the secretary of the Chapter.

We invite everyone to share with our brothers the joy and grace that God is giving them during these days of the Provincial Chapter and pray that the Holy Spirit will accompany and guide the Claretian Missionaries of the Bangalore Province, reaffirming their desire to continue their ministry of announcing the Word.

Renewing the Fire Within

Bengaluru, India. As part of the Ongoing Formation, the Claretian Province of Bangalore organized a Renewal Encounter for its young priests ordained between 2014 and 2020. The renewal program took place at Provincial Curia from 11th to 13th May 2022. There were 14...