Ordination and Jubilee Ceremonies in Congo 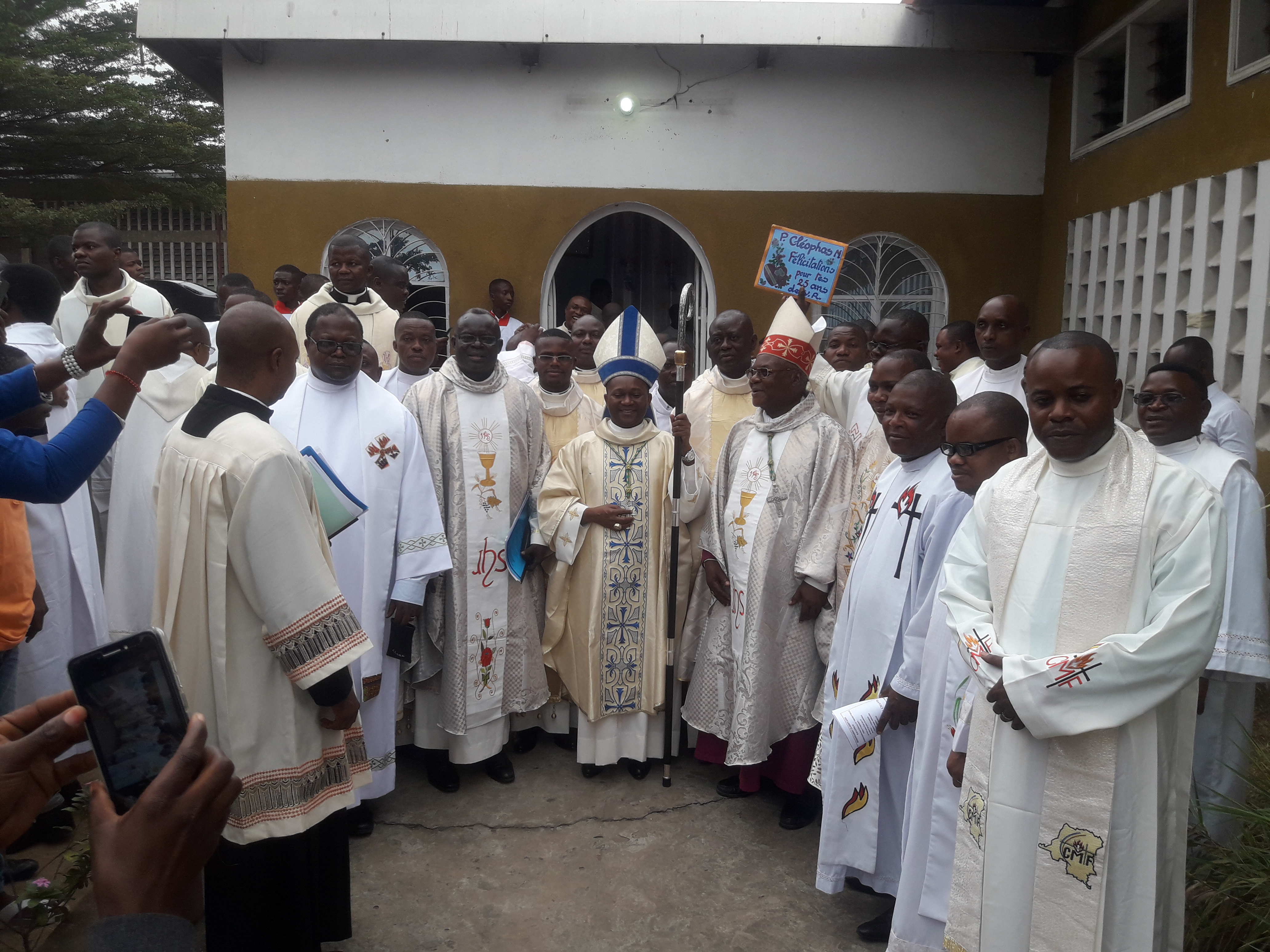 Kinshasa, Dem. Rep. of Congo. On Sunday, 15th of July 2018, the celebration of the 169th anniversary of the founding of our Congregation began in Congo with the ordination of two of our confreres: Sch. John Paul Katy Zola, CMF as Deacon and Rev. Jacques Kamenga, CMF as Priest. Together they were joined by three other confreres, celebrating their 25 years in consecrated life: Frs. Rodolphe Mukusa, Charles Ninganza and Cleophas Nymilongo, CMFF, who during the offertory, repeated their promise, their forever “yes.” They were suppose to be four, but Fr. Emery Kibula, CMF is still in India finishing his studies.

Two bishops were present at the celebration: the Most Reverend Emery Kibal, Bishop of Koleand Administrator of Bokungu Ikela (Main Celebrant), and Most Reverend Eduard Kisonga, Auxiliary Bishop of Kinshasa. During his homily, drawing from the readings of the 15th Sunday in Ordinary Time, Bishop Kibal, emphasized on availability at the mission.

Several confreres, members of the Claretian family, members of the biological family of ordinands and jubilarians, friends and benefactors of the Delegation were present at the celebration. A simple meal was served after the event.

The day after, on the 16th of July, the newly ordained priest celebrated his first Mass at the Scholasticate in the presence of several confreres and some members of other religious congregations. And on the evening of Tuesday, July 17, still at the Scholasticate, the Spiritual Exercises of the first group of members of the Delegation of Congo started. It will be followed by a session assessing the progress of the Delegation. Jesuit Father, Crispin Mbala, accompanies these two later activities.