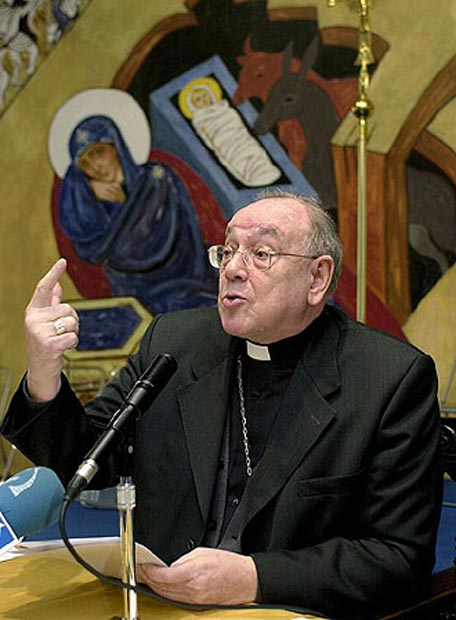 Madrid, Spain. Coinciding with the plenary assembly of the Spanish Bishop’s Conference, one of the institutions most established in national life, awarded last Thursday its Gold Medal to Mons. Fernando Sebastián Aguilar, CMF.

Rector of the Pontifical University of Salamanca (a work of the Spanish Episcopate) from 1971 to 1979, consecrated Bishop that same year, has been secretary general and vice-president of the Spanish Bishop’s Conference in various capacitates, and his hand is clearly seen in the main documents that the pastors of the Church of Spain have offered their faithful.

Always concerned about evangelization, at 82 years he keeps intensely active with spiritual exercises and retreats; as counselor, mentor, and writes regularly for various publications and digital outlets.

The Paul VI Foundation, created by Cardinal Ángel Herrera Oria, an institution of the Spanish Church in the XX Century, was born in 1968 as an inheritance of the of the Instituto Social León XIII, begun in 1951. It has continuously been concerned with addressing social problems from the light of faith and in the formation of laity with questions grounded in the Social Doctrine of the Church.

Fr. Fernando was president from 2004 to 2010 and promoted an intense renewal of its statutes and organization which today, the Foundation together with many other services of the Church, wishes to thank him.