The academic community of the Institute of Theology of Consecrated Life ‘Claretianum’ in Rome experienced a particularly happy day on 7 November when they were received in audience by Pope Francis, who had just returned from his apostolic journey to Bahrain.

The Pope gave this audience on the occasion of the closing of the celebration of the 50th anniversary of the foundation of Claretianum, Institute of the Theology of Consecrated Life and of ITVR Madrid (1971-2021). Pope Francis received a delegation of 120 members of the academic staff and students of the Claretianum Institute, along with the Cardinal Aquilino Bocos CMF, and the designated new bishop of the diocese of San Sebastian Mons. Fernando Prado CMF, Fr. Mathew Vattamattam (Superior General), Mr. Vincenzo Buonomo (Rector of Latern University), Fr. Maurizio Bevilaqua (President of Claretianum), and Fr. Augustinus Supur (director of Institute of Consecrated life Asia in Manila) and some of the claretians residing in Rome.

The Holy Father expressed his gratitude to the Claretian Missionaries for the service that – especially in recent decades – they have given and continue to give to consecrated life. Pope Francis alluded to several experiences he personally lived when he was a formator or participated in the synod of consecrated life.

The six institutes of the Claretian Missionaries dedicated to the consecrated life (Rome-Italy, Madrid-Spain, Manila-Philippines, Bangalore-India, Bogota-Colombia, Abuja-Nigeria) were referred to in their words both by the Superior General and Pope Francis, who also thanked the services of the Congregation to consecrated persons in other parts of the world: Mexico, Poland, United Kingdom, Indonesia…. His words also recalled and thanked the work of the publications and magazines, and the great service given to spiritual accompaniment, legal advice and attention to chapters, governments and communities of orders, congregations, secular institutes, societies of apostolic life and new forms of consecrated life. The Pope expressed his gratitude for the Congregation’s dissemination of the Church’s Magisterium and its support for the particular Churches and conferences of major superiors.

The Holy Father also expressed his gratitude for the attention given to the apostolic constitution Veritatis gaudium, which invited to rethink the Church’s commitment in the world of theological and ecclesiastical teachings. Encouraged by the XXVI General Chapter, the Congregation intends to strengthen its presences at the service of consecrated life and to articulate them by joining forces and extending its service.

The Pope’s warm intervention included comments on several of the themes he usually addresses when speaking of consecrated life: the need for a deep rootedness in Christ; the relevance of community life and encounter; the value of interculturality and intergenerational dialogue; poverty and the relationship with the poor…. His Holiness reiterated some invitations that he has addressed to the Claretian Missionaries in the last years and invited them to continue frequenting the peripheries of thought and to seek in them with audacity new syntheses and proposals, recalling the fundamental role of study and formation at the service of the mission of consecrated life.

Reiterating his usual invitations to synodality and to allow oneself to be infected by ‘God’s style’ (closeness, compassion, tenderness), the Pope recalled the sixtieth anniversary of the opening of the Second Vatican Council, which promoted the creation of the Claretianum and of the other institutes of the theology of consecrated life, and evoked the figure of some Claretians among whom he highlighted, as he had already done spontaneously in 2015, that of Fr. Jesús Torres Llorente (1933-2014), who lived more than forty-five years at the service of the current dicastery for consecrated life.

Message of Pope to the Claretianum

Words of the Superior General 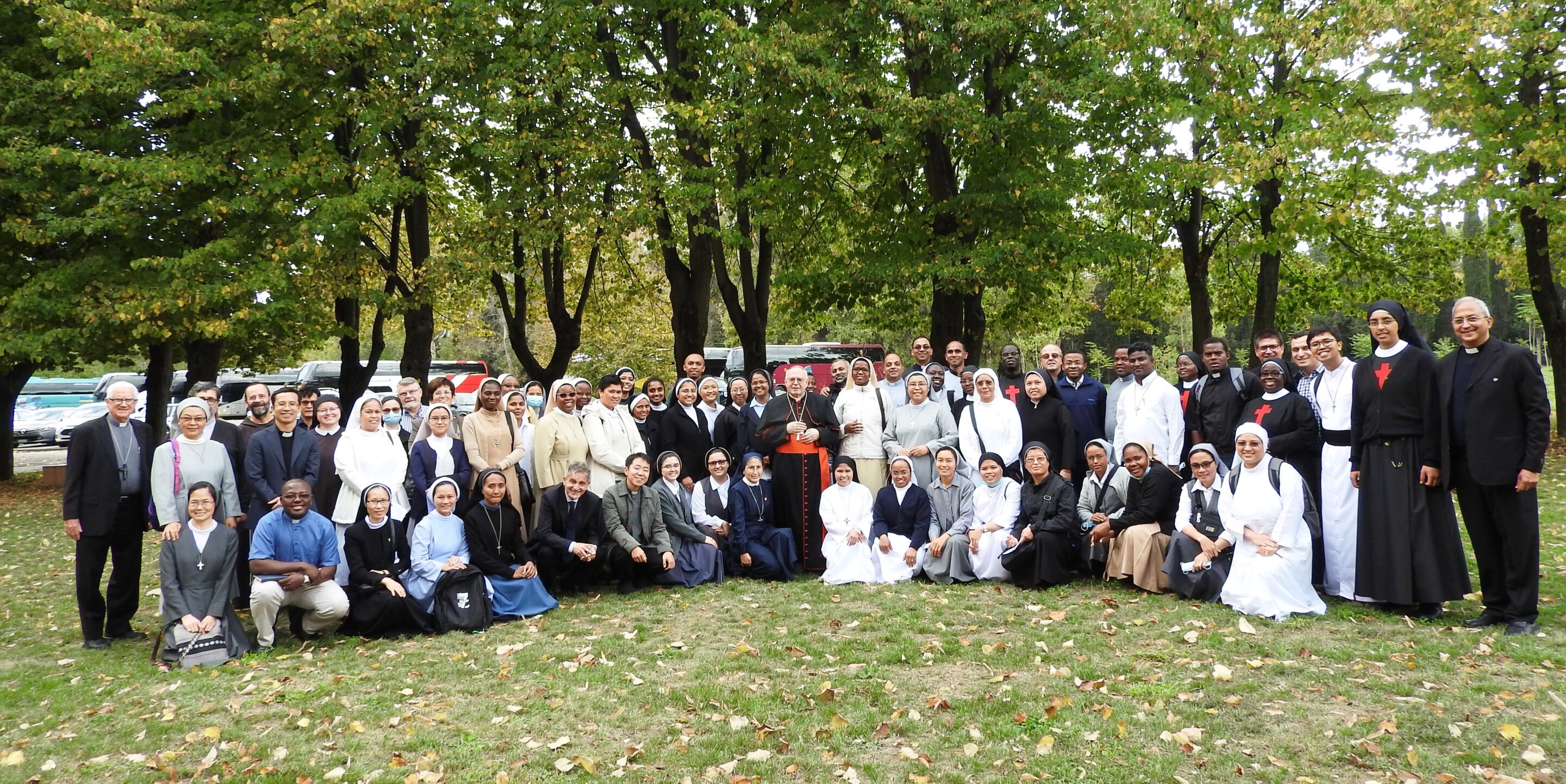