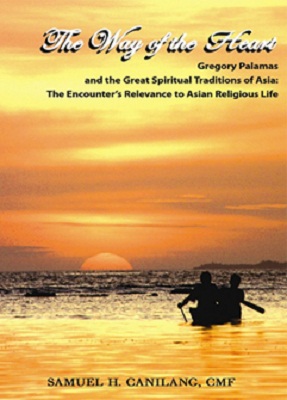 Manila, Philippines. Fr. Samuel H. Canilag, CMF, Ph.D. current director of the Institute for Consecrated Life for Asia (ICLA) has received an award for his thesis as the best Theological Book of the Year. The award was given by the “Catholic Mass Media Awards” (CMMA). The book is titled: “The Way of the Heart, Gregory Palamas and the Great Spiritual Traditions of Asia: The Encounter’s Relevance to Asian Religious Life”.

The book was published by Claretian Publications (Quezon City). The doctoral thesis was directed by Dr. José Cristo Rey García Paredes, CMF of the Theological Institute of Religious Life in Madrid. The work has received the praise of numerous theologians from around the world. Significant among them was the judgment of his theological assessor from the Federation of Asian Bishops, Fr. C.G. Arévalo, S.J. who said it was “pioneering work” which studies the depths of the ascetic-mystical tradition of Hesychasm and situates it within the proper framework of inter-spiritual dialogue between East and West.