Realigning Positions to Fulfill the Dream 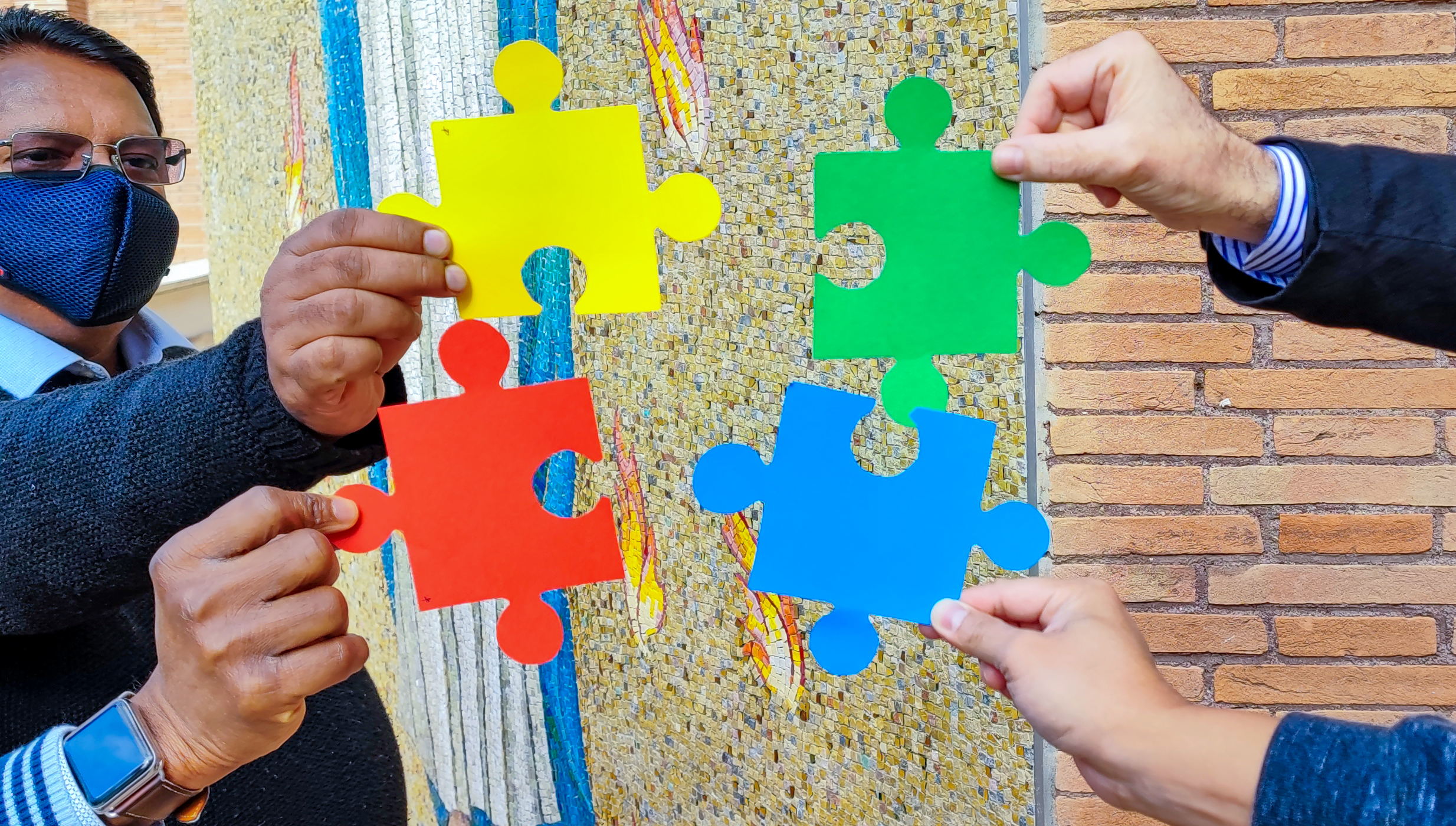 Rome, Italy. As the General Government continues to develop its Action Plan for the next six years, it has also become necessary to realign the services and personnel of the General Curia in order to fulfill her mission of animating the Congregation in the processes that will lead to the realization of the dream of the Congregation in 2027. To this end, new appointments have been made, and some other appointments have been renewed for a specified term of office.

In the General Secretariat, Fr. Joseph Ikemefuma Iwobi, CMF of West Nigeria Independent Delegation, takes the position as the new Secretary of Prefectures. His main job is to provide and attend to the needs of the General Prefectures. He will also continue to work with the Communication Team.

The newly created General Prefecture of Bible Ministry and Communication finally creates the Communication Department of the Congregation, with Fr. Louie III Guades, CMF of Rhoel Gallardo Province as the Communication Team Coordinator. Two more members reinforce and complete the new team – Fr. José Enrique García Rizo, CMF of Fátima Province, and Fr. Nelson Thomas Puthanparambil, CMF of Bangalore Province. This team will work with a vast number of Claretians and Lay collaborators as they progress in this new endeavor.

The newly reorganized Team of Claretian Spirituality Center (CESC) in Vic, Spain, under the prefecture of Spirituality and Community Life, now has Br. Mario Kevin Rivera Armijo, CMF of Centroamérica Province as a new Member CESC Team. His presence in the team completes the universal representation of the Congregation in the Team. This will reinforce the processes of transformation that the prefecture aims to do in the Congregation.

Moreover, Father General extends the mandate of Fr. Lord Winner Maria John, CMF of Chennai Province as General Mission Procurator, and Fr. Rohan Dominic T.L., CMF of St. Joseph Vaz Independent Delegation as UN Team Coordinator. Joining the UN Team starting this year, but to reside in Kenya, is Br. Robert Omondi Apiyo, CMF of St. Charles Lwanga Independent Delegation. The UN Team therefore shall be composed of Frs. Rohan Dominic T.L., Miguel Angel Velasco, Henry Ramirez, CMFF who will all stay in the USA, and Br. Robert A. Omondi, CMF, who will reside in Kenya. Fr. Vincent Anes, CMF remains the JPIC General Secretary. They all will form the Solidarity and Mission (SOMI) Team under the General Prefecture of Apostolate.

May Christ guide them as they remain rooted in Him and be audacious in facing the many challenges and workloads ahead.