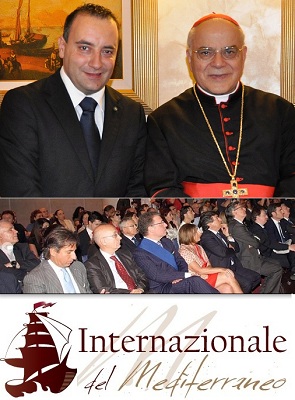 Rome. In the last few months, Cardinal José Saraiva Martins, CMF, Prefect Emeritus of the Congregation for the Causes of the Saints, has received two important recognitions for his work on culture and evangelization.

On October 20th he was named Honorary President of the Academy of St. Boniface whose headquarters is in the city of Anagni.

This Academy had already conferred upon him in 2010 the “John Paul II Award” for reasons of “promoting a culture of peace, tolerance, piety, and respect, as well as peaceful coexistence among human beings in the hope not only of material, but also of moral and spiritual progress, a sign of true ethical progress of a civilization worthy of this name.”

And then on December 1, 2012, Cardinal Saraiva received the “Caravella of the Mediterranean Award” in the city of Bari “for his prolonged service to the Church in the promotion of reconciliation among peoples and cultures, and in promoting Witnesses of the Faith who have united the coasts of the Mediterranean as a sign of solidarity, welcome, and coexistence”.