“Recognizing victims and working on their behalf”. The third day of the course on the protection of minors ends. 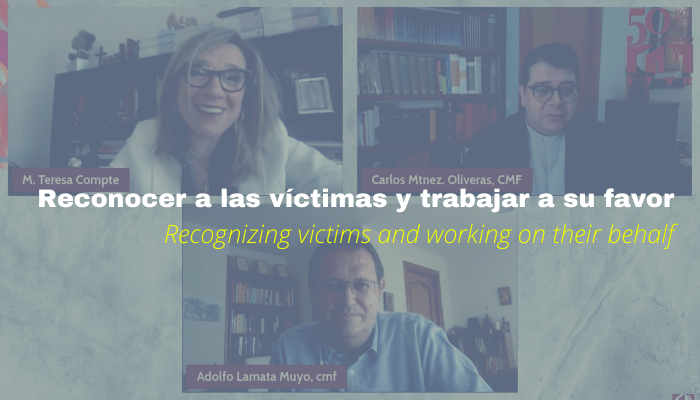 Madrid, Spain. Fr. Carlos Martínez Oliveras, CMF, coordinator of the course on the protection of minors given by the Theological Institute of Religious Life in collaboration with the Center for Child Protection of the Gregorian University in Rome, acknowledged that “not everything has been done; the Church still has a lot of work to do”. This course of formation and reflection offered open its third online day of the first semester, an itinerary of decisive steps in the culture of security and protection, pursuing reconciling and restorative justice for the victims. And for this purpose, it counted on the morning of Saturday, May 29th with Maria Teresa Compte and Fr. Adolfo Lamata, two speakers who stressed the urgent need for greater cooperative work of the whole Church, from its many faces and different points of view necessary to deepen awareness of the seriousness of these issues. “From a first awareness we will be able to generate a culture that advances to certain standards of action to eradicate this deep ecclesial wound,” both agreed.

Thus, the first presentation, brilliantly shared by Professor Compte Grau, PhD from the Pontifical University of Salamanca and president of the association Acogida Betania, revolved around the assistance and recognition of victims, “perhaps approached from a different perspective”, she began, warning that “fundamentally, I will speak of justice”.

Thus, for the speaker, “our main problem, as a Church, is the lack of recognition of abused people for what they are: victims”. For “it is true that the highest rate of primary victimization does not occur within our Christian communities, but the highest percentage of secondary victimization does occur, that is, the one that takes place when the abused persons approach the Church to seek an answer and, not fitting into our patterns of ‘ideal victim’, absolutely innocent, they are questioned and stripped of their real condition”. In this sense, Compte added that

“someone is a victim when an unjust act is recognized. Period. Anything outside this definition would exist as a theoretical concept, but not as true”.

From this point on, “de-victimization can and should begin”, an active process in which responsibilities are assumed and that has as its goal that the abused person abandons the place of victim and stops being a victim”. “Sexual abuse will always be a conditioning factor, but with the necessary help, it does not have to be a determining factor”. However, “without de-victimization, the person would fall into victimhood”, a place from which “one cannot live”.

Three moments. Past, present and future

The process of de-victimization implies at first going back to the past, “which is not listening and giving credit to the story of the abused person; it goes beyond that. It is recognizing that there has been an injustice and that one must, therefore, assume responsibility.” “If the facts are not assumed and reparations are not sought, no one will believe any progress we can make in terms of prevention.”

Therefore, “de-victimization is present action”, because “it is a capacity to respond to the specific needs that the damage of abuse has generated. It is not born of the cultivation of an empathetic emotion, but rather the respect for inherent rights”. Finally, there is the future.

“The institutionalization of these measures is a guarantee of prevention, of non-repetition. And it is also the future because we have to show that we are capable of fulfilling our duties.” 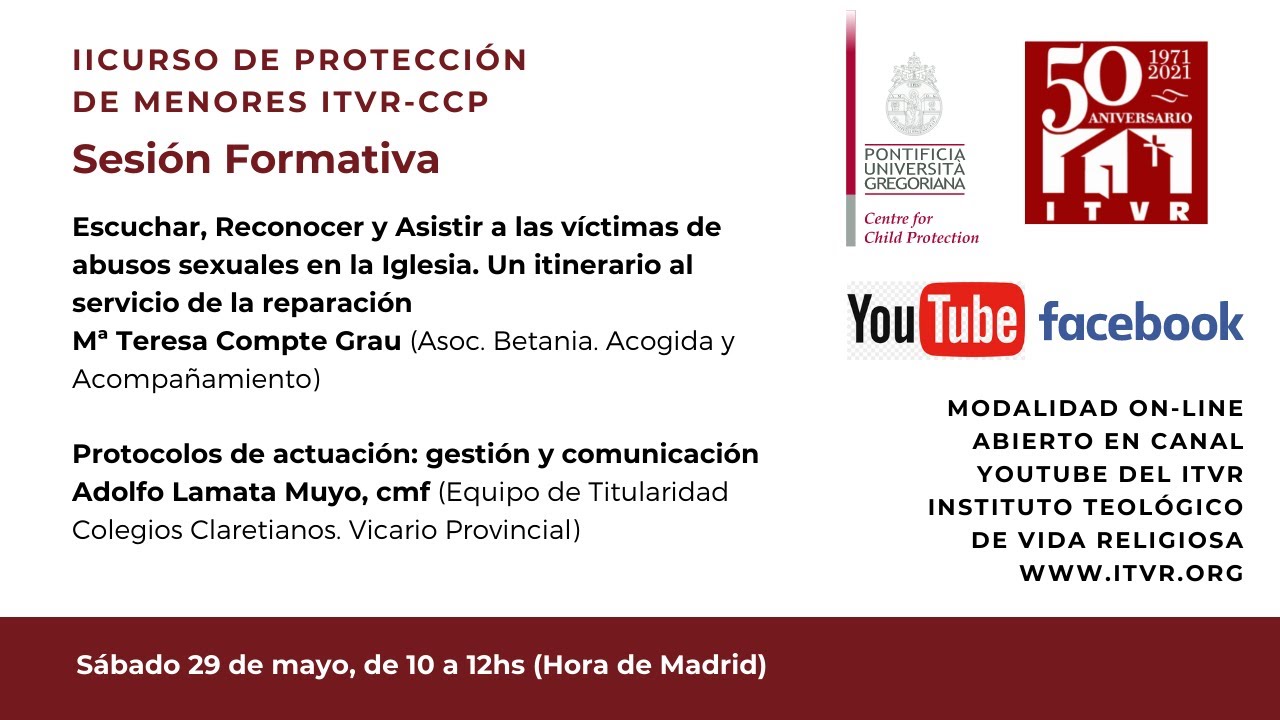 Fr. Adolfo Lamata, CMF, vicar of the province of Santiago and part of the Titularity Team that coordinates the management of the seven schools of this province, then took the floor. If the talk of Professor Compte Grau set the framework of the coordinates where to move, Fr. Lamata offered a practical response to how to act in the field of the management of these issues and their communication. A broad outline divided into three phases: before, during and after, “times that need to be managed with the sensitivity of those who know that the perception that the hours do not pass at the same speed for an institution as for a person who has been victimized,” he remarked.

The previous work is always based on a prior, an institutional awareness plan, a regulatory compliance program and a prevention plan drawn up in advance “that form a natural part of our day-to-day work,” he added. In this phase, the selection of personnel and the admission of candidates to seminars and novitiates are fundamental.

And if the before is important, so is the during. “That is, the moment in which we are immersed in a process of investigation”. When a case is unleashed, it is essential to receive the complaint, verify a certain veracity and put the priority on the victim from the closeness and support under three keys: listening, accompaniment and transparency. Later will come the investigation, the precautionary measures, the processes (canonical/criminal) and the final measures. “And of course, communication. First, with the victim, who needs answers and to know what processes are being put in place.” “But also, internal communication -towards our institutions- and external, -in the social media- Who will do it? How? In what format? The key, as in almost everything, is to work in a network”.

Finally comes the time after. The time after will have to be marked by follow-up, therapy, healing/repair, and the accompaniment that should never be lacking.

Before concluding, the religious offered a few hints on communication in times of crisis, a broad topic for which he exposed different guidelines, systematizing with them a way of acting. There is a lot of material and the Claretian had to compress it into pills, but always with the support of a communication capable of transmitting transparently, with a decisive and proactive attitude, without minimizing the problem and trying to launch a message that helps the solution. Finally, Lamata wanted to share the main structure of the protocol of prevention and action that the Claretians have been working on in recent years, and for which they are still finalizing the presentation. “It has an informative and formative dimension and is translated in the schools with another document, the codes of conduct.” “For us they are important documents, because they not only say how we should behave in front of the minor and the vulnerable adult; they also speak of the commitment we have in the teaching field and how we want to be in teaching.”