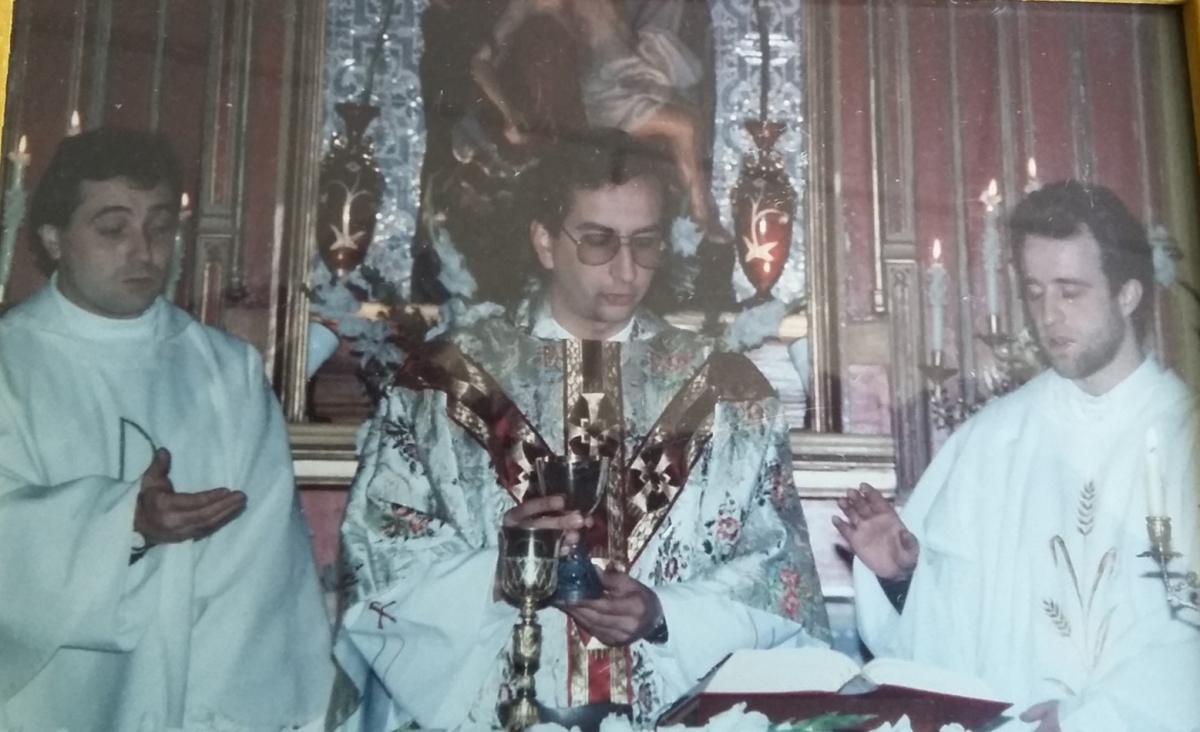 FR. PHILLIP BRAVO CMF, A MISSIONARY IN AN UNBELIEVABLE PERIPHERY OF HUMAN SUFFERING

On 13th August we fix our gaze on the Blessed Martyrs of Barbastro whose heroic endurance of the persecution and trial during the Spanish civil war gave witness to the joy of the Gospel. Serenity and joy marked our brothers when they sang for Christ on their way to martyrdom eighty years ago. We will celebrate the 25 years’ anniversary of their beatification in the next year. As we celebrate the memory of our martyrs, we shall reflect on the Claretian joy and serenity in the midst of trials and tribulations. Our Founder reflected this joy and serenity in his life amidst many forms of suffering which constituted the “white martyrdom” of his consecration to Christ.

As we recall the martyrs today, I think of a different kind of living our missionary vocation which I came across last Tuesday, August 10, 2016. It may help us to reflect deeply on the mystery of Christian martyrdom, which our faith upholds.

After the Chapter of Santiago Province in Spain, the provincial arranged for an unexpected visit to one of our brother priests who is presently in an unimagined periphery of human suffering. I could not imagine that the Lord invites us to be present in those existential margins of human life.

It was to meet Fr. Felipe Bravo Llorente CMF who belongs to the family of Rev. Fr. Felipe Maroto, our Superior General from 1934-1937. Fr. Felipe Bravo was ordained in 1989 together with Javier Goñi CMF. In the photo you see two of the companions of Felipe in the Novitiate concelebrating in his First Mass (Luis Angel de las Heras CMF, the recently ordained bishop of Mondoñedo-Ferrol and Javier Goñi, now director of PROCLADE, Madrid). A very talented and committed missionary, Felipe was assigned to the mission of Puertollano near Ciudad Real (a place of many martyrs) after his ordination on 16th December 1989. Claretians had left the beautiful Church in the city of Ciudad Real in favour of Puertollano, a mission in the periphery for poor workers in a mining zone.

In the morning of December 21, 1991, Felipe was going to Colmenar Viejo to participate in the ordination of Fr. Antonio Bellella CMF (history professor now). Just a few distance away from the house, he met with a small accident in the foggy road, dashing mildly against another car but his frontal brain was damaged seriously. He lost consciousness. The doctors gave the good news that his life was not in danger, but the sad news was that he could be in a “coma state” for years. And so was it. In the first year he was several times on the point of death but the Lord kept Him alive for His purpose.

Felipe was taken to a special care home where he was attended well. His mother regularly visited him two times a week to assist him. He was then moved to a Care Home called “Real Deleite” in Aranjuez that has a partnership with the Claretians. A Claretian chaplain stayed with him for a period of time while also looking after the pastoral needs of the home for the aged there. Felipe continues to be in that home up to date. The mother of Felipe died a few years ago. At times some volunteers would take him around on a wheel chair or take him to the chapel with a stole during the mass even though he is not able to respond to any gestures meaningfully. Fr. Felipe, his confreres, his family, and the province endured the ordeal and continue to live it in a very Claretian way.

Now it is going to be 25 years since Felipe has been in a kind of “coma”. He seems to respond to the presence of others through bright eyes and a smile. When I visited Felipe with Fr. Javier Goñi and Fr. Edgardo Guzman, Felipe’s eyes gazed at us like a child and showed expressions of delight as Javier recalled their old days. We do not know if he perceives things or it was just a reflex. When we left him, he looked sad and silent, very different from the way he responded to our presence. Certainly, he does not know of the changes happening in the world since 1991. His spirit is unable to express himself because of the neural limitations that support conscious interaction.

But I felt close to my brother who is present in a periphery of human suffering. Our eyes spoke the language, which our hearts longed to communicate. The building in the photo is “Real Deleite”, where Felipe is cared along with nearly 200 other residents.

This encounter awakened in me a sense of profound meaning for life and its deeper significance of the communion we have with one another. Human struggles to make individual conquests to build a niche for oneself is like a kids’ competition to blow balloons too large to show off themselves, but end up blowing out the inflated toy. Our “ego” wars in communities and in the society do not make any sense. Dwelling in the Lord as love, in health and sickness, in life and death, is true living. I saw in Felipe a silent missionary present in a periphery which only divine wisdom knows why he was chosen to be there rather than in the forefront of youth ministry or other more exciting missions. Renowned English poet Milton reminded me of a clue in his poem “On his blindness”: “They also serve who only stand and wait”.

Our martyrs challenge us to live the dimension of our trials and sufferings in the Claretian spirit. Fr. Felipe in his person and the Province of Santiago in assisting him to live this mystery give witness to the Pasqual mystery lived together. Martyrs are pointers to the treasures of love and life hidden in suffering. How do we live our trials and tribulations as Claretians? 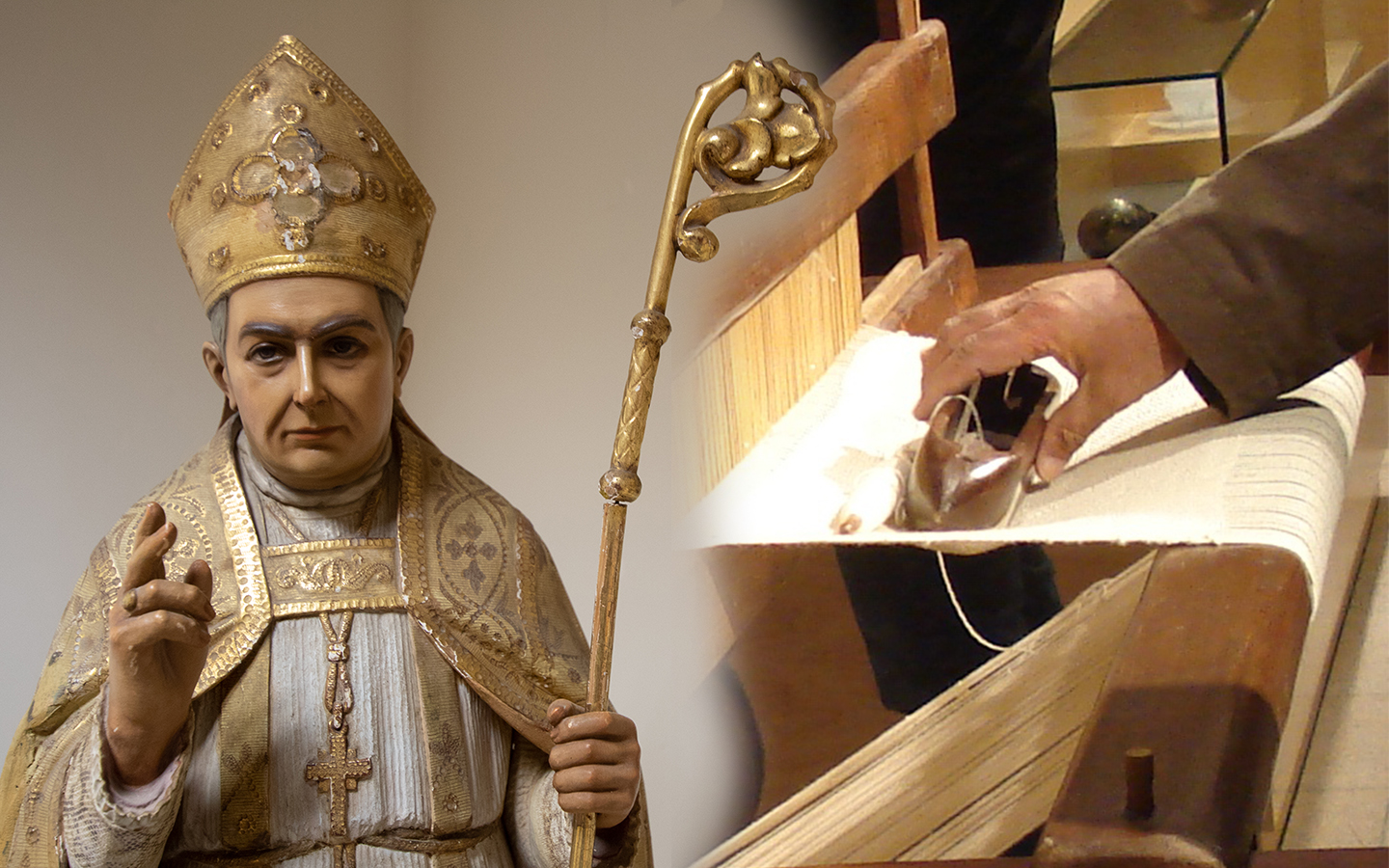