The Survey on community living was undertaken in March-April 2019, as one of the preliminary steps in order to prepare supportive materials to facilitate an interdisciplinary reflection regarding community life with a view to strengthening the same within the Congregation, as mandated by the XXV General Chapter (MS 70.5).

The Survey consisted of 10 items (8 closed and 2 open-ended questions) and was formatted and distributed via www.surveymonkey.com/ to the members of the Congregation. 720 members responded to the survey, giving a return rate of around 32%, which corresponds to the average return rates for surveys. Of these 720, 71.7% identified themselves as members of a team ministry; 24.8% as individuals working on a specific ministry given by and received from the community; and 3.5% as seniors who join in community mission through their ministry of intercession and offering up of suffering.

The Survey has generally returned favorable indicators on community living. The respondents believe that there is a fairly good sense among members as to their vocation being a co-vocation through common life and mission shared in community. There is a fairly good level of appreciation, welcome, and integration of personal and cultural differences of individuals within communities. Respondents overwhelmingly consider themselves to be fairly good to very good in being appreciative and affirming of other members in their communities.

However, the quality of giving and receiving of fraternal encouragement and correction within Major Organisms is mostly average, indicating room for improvement. The use of guidance and power in the exercise of authority within Major Organisms too is just above average, indicating another area where life can be bettered. The disparity among some of the parameters begs the question: Is our being happy and affirming of one another in community predicated on members not willing to offer and receive fraternal correction constructively?

Of the challenges presented for rank-ordering, growing individualism has been identified the greatest challenge over and above every other challenge. Difficulties in intercultural and intergenerational living as well as the influx of social media reducing quality of community life are the next two challenges identified. As to the accentuations (emphases) the Congregation has embraced for itself, the participants believe that community being called and sent forth by the Word of God, life in communion as the first act of mission, and community configured by the Mission as the most important accentuations in the given life-world of the Congregation.

The final two open-ended items sought to tap practical ways members have been contributing to and must contribute to creating joyful and missionary communities. Some of the most valued ways are related to the ministry of presence; shared prayer, liturgy, ministry, and recreation; respect, valuing, listening to, and appreciating the other; availability; dialogue; and love and forgiveness. 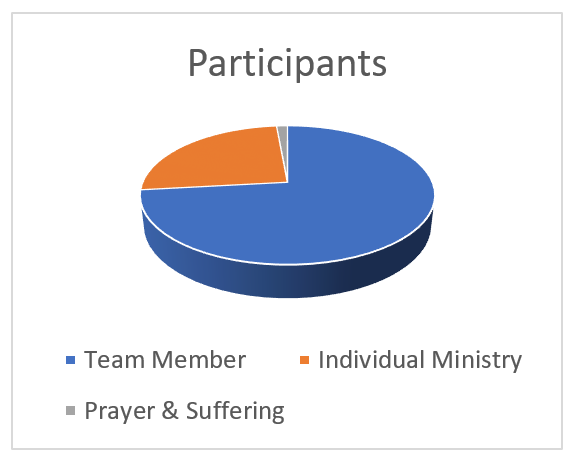 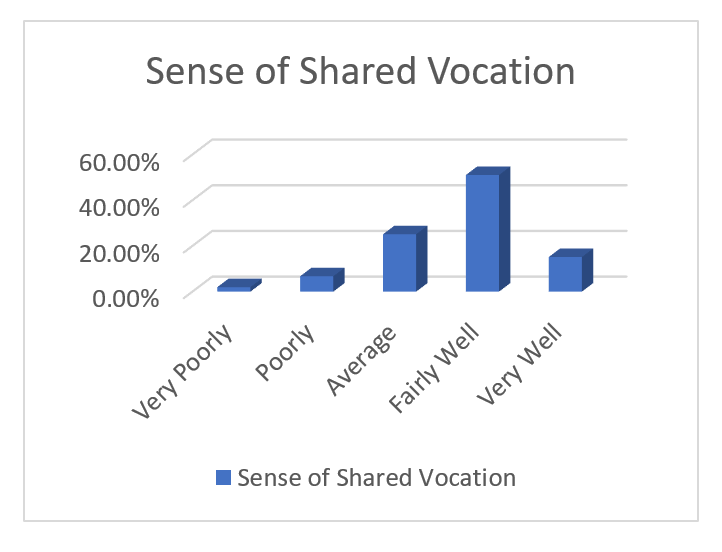 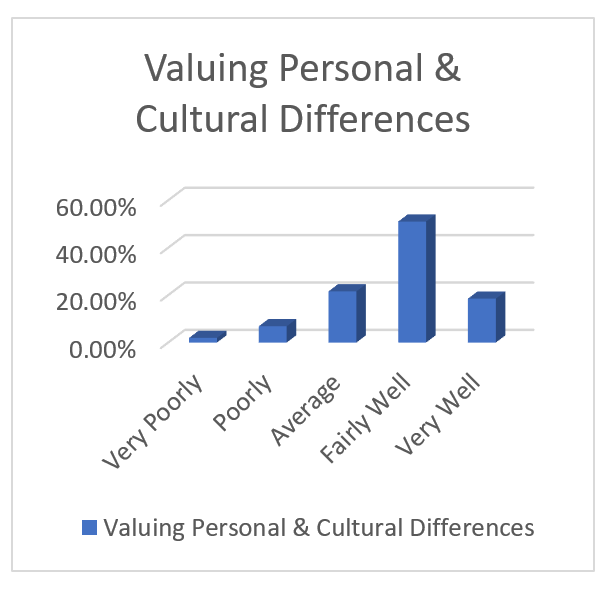 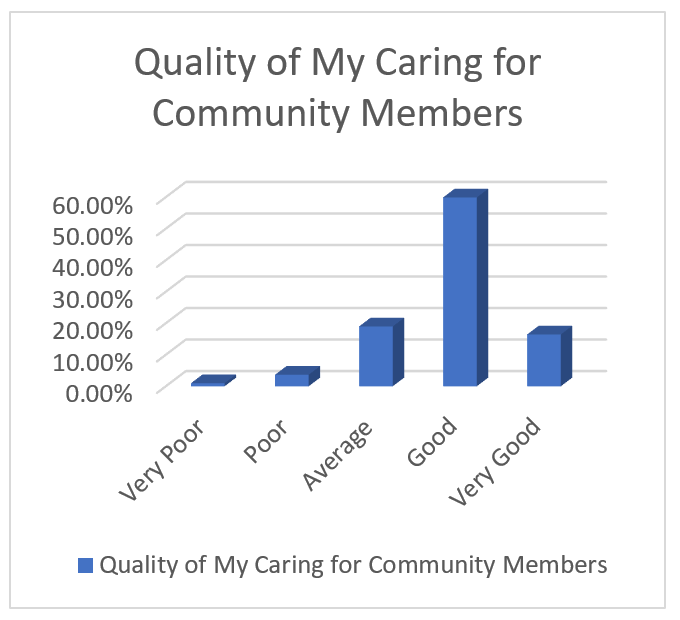 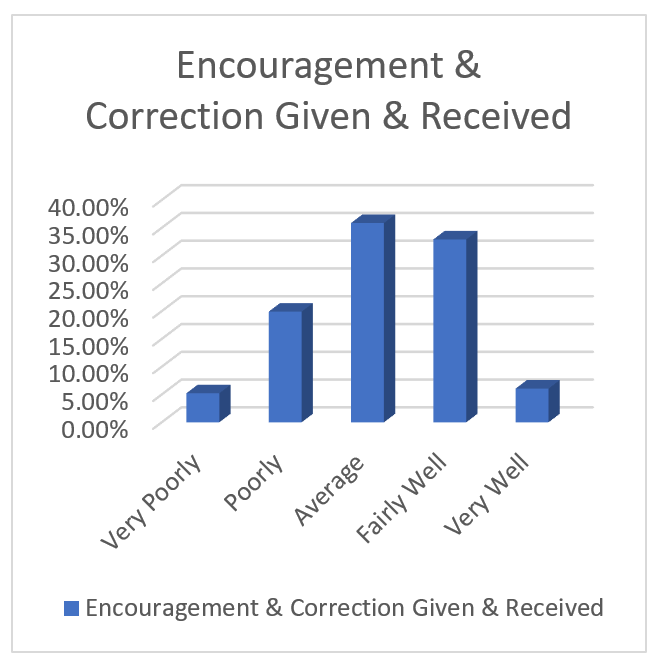 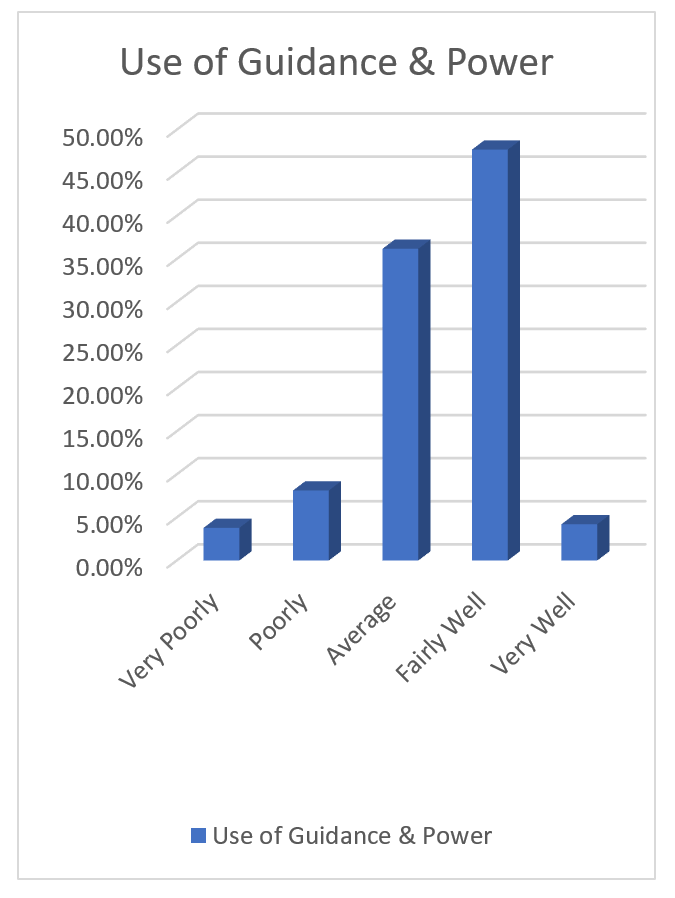 Comparison of Weighed Averages on QQ 2-6 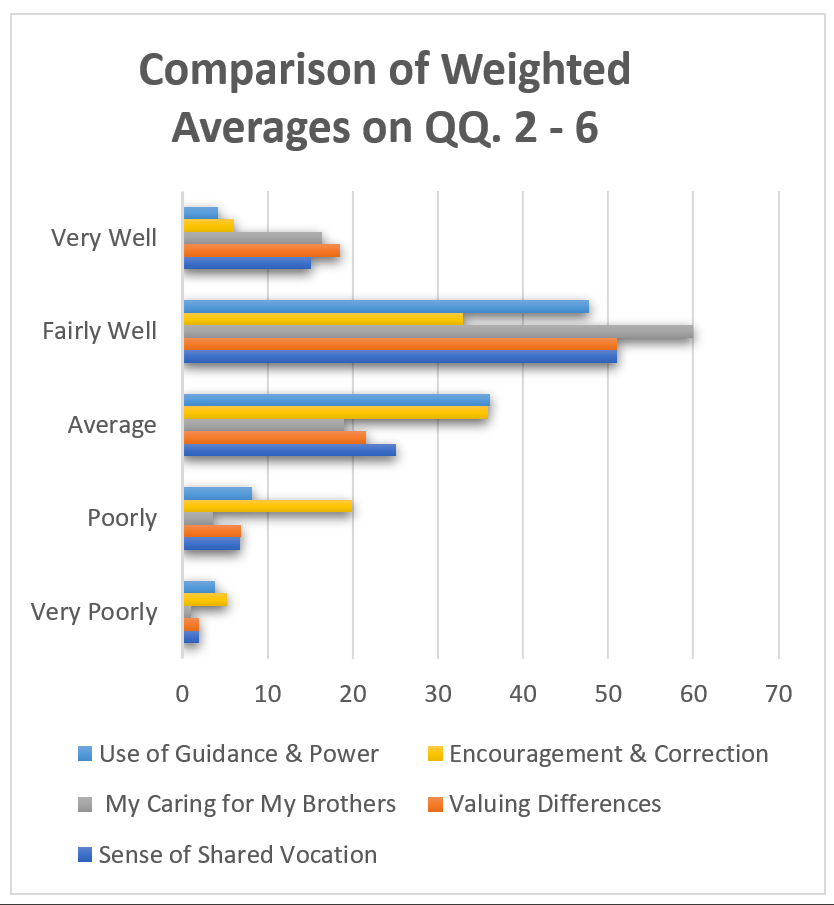 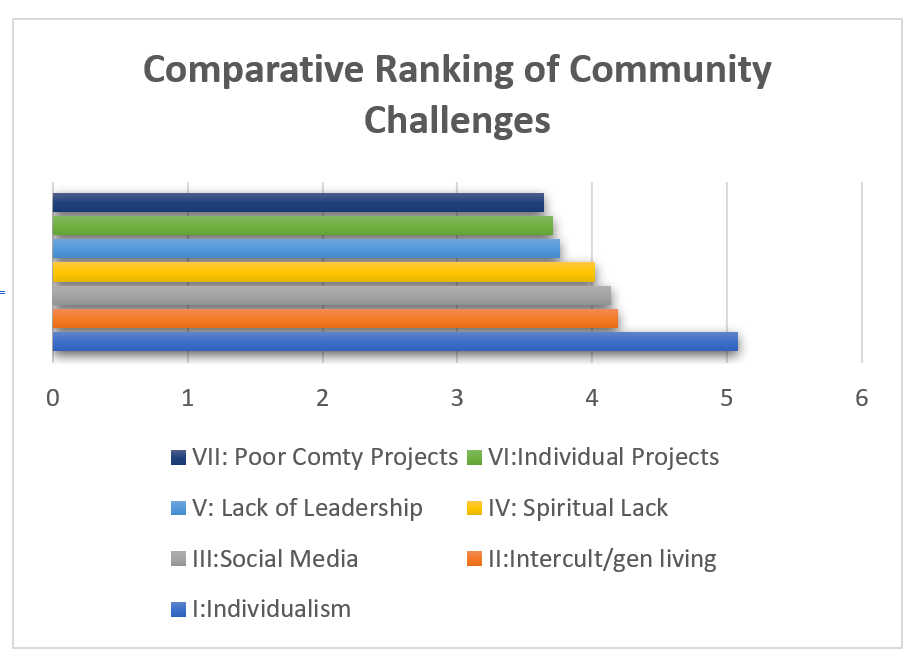 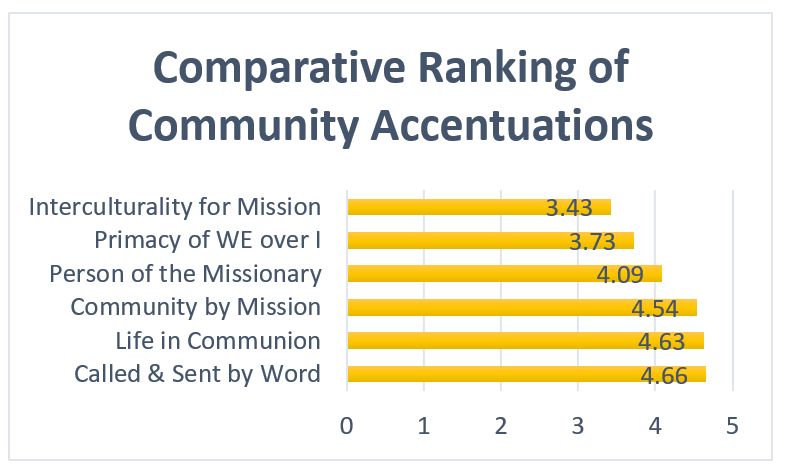 Of 720 respondents to the survey, 684 persons answered and 36 skipped this item in the questionnaire.

What is given below is the list of most repeated ways (values) in which the respondents have contributed to creating joyful and missionary communities. Given the high volume of responses and their descriptive nature, only the most frequent values are highlighted below, transcribing them into cryptic, common language. The items at the top are of greater frequency than those towards the bottom of the list, though the list is not exactly in the order of frequencies. The list is given to provide a bird’s eye view of the responses and the mind of the members of the congregation.

Of 720 respondents to the survey, 678 persons answered and 42 skipped this item in the questionnaire.

What is given below is the list of most important practical ways (values) that the respondents believe that we could contribute to bettering joyful living and missioning in our communities. Given the high volume of responses and their descriptive nature, only the most frequent values are highlighted below, transcribing them into cryptic, common language. The items at the top are of greater frequency than those towards the bottom of the list, though the list is not exactly in the order of frequencies. The list is given to provide a bird’s eye view of the responses and the mind of the members of the congregation.