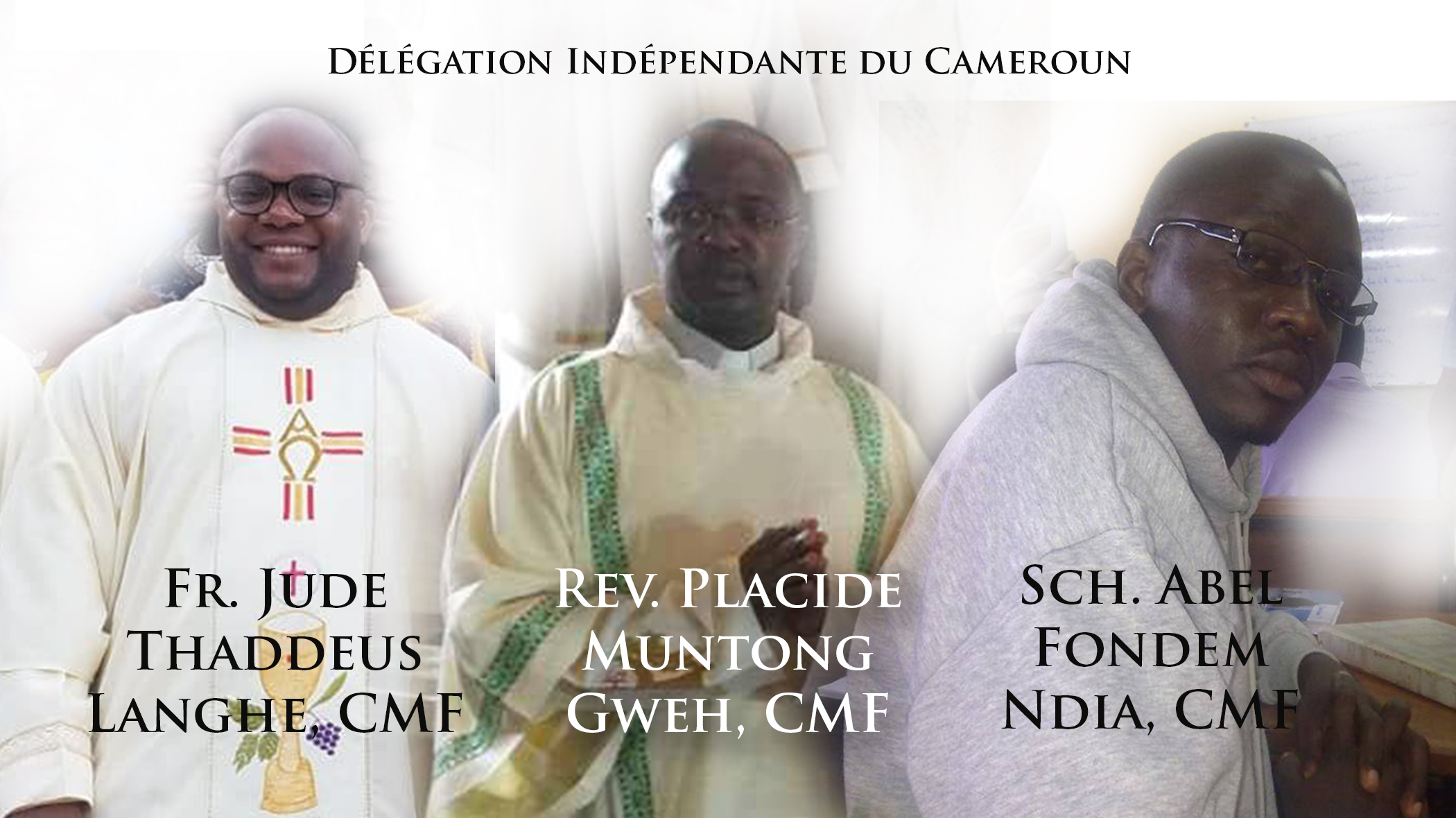 Rome, Italy. In the early morning of Saturday, 24 November 2018, Father General and Secretary General received the news of the seizure of three of our brothers of the Independent Delegation of Cameroun last Friday, November 23, 2018. However, we have not publicly and officially announced the incident for security purposes. But the Major Superiors and Secretaries of the Organisms were immediately informed on that same day. To avoid confusion and fake news, here is a press release that confirms that three missionaries namely Fr. Jude Thaddeus Langhe, Rev. Placide Muntong Gweh, and Sch. Abel Fondem Ndia, CMFF and their driver were seized last Friday by English separatists while they were on their way to Munyenge, Cameroon to give humanitarian aid to the conflict victims in the area.

Here is the information that was sent by Fr. Michel Archange Tigu, CMF, Major Superior of Cameroun, to Father General and General Secretary through WhatsApp in Spanish:

(Good day. I am informing you that yesterday afternoon, the English separatist seized Fr. Jude Langeh, CMF together with Deacon Placid Muntong, Student Abel and the driver while they were driving towards Munyenge, to a Parish that we have in the English zone where there is war between the separatists and the national army. Until now, we do not have any information regarding them. In the evening we have informed the Archbishop of Douala, President of the National Episcopal Conference of Cameroon as well as the military and administrative authorities… Fr. Jude and company were going there to bring food as help to the victims of war who are camping in the jungle.)

Fr. Jude Langhe, CMF is the Prefect of Apostolate and Director of the Claretian Publications of Cameroun. The Council of the Delegation had its emergency meeting on Monday, 26 November, and are already doing the precautionary measures in order to free our brothers. Negotiations are still on the table.

We request everyone to continue to pray for them and refrain from sharing misleading information on social media for the sake of the safety of our brothers. Official information shall be released from here only.