To adore, to walk and to accompany: the message of the Holy Father to the Congregation 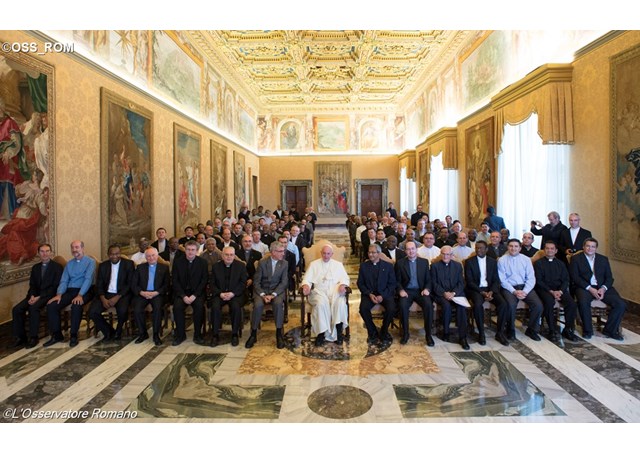 Rome. This day of the chapter highlights the meeting of the Missionaries with the Pope Francis in the hall of “Consistorio”.

The Superior General Mathew Vattamattam, CMF, in the beginning of the audience, greeted the Holy Father manifesting him the closeness and support of the Congregation in the Mission of the Church. The Claretian Mission, expressed Fr. General, insists today on the keynotes of going forth and closeness with the poor, according to Evangeli Gaudium. After the message, he asked him the blessing for the Congregation accompanied by an illumination.

The response of the Holy Father was clear and generous. With the festive and familiar tone, he invited the Missionaries to live emphatically the verbs to Adore, to Walk and to Accompany. To adore: this expression highlights “not wasting time in asking, thanking, even praising, but only to adore with the soul prostrated”.

To walk: man can sing the Glory when he insists God walking in his history. The Sacred History bears witness to this; form the beginning onwards God did not want to be stagnant. Because the one who does not move, he told, becomes filthy, like the water.
To accompany: God walks with his people always and never alone. The disciples of Emmaus narrate it in a special manner when Jesus went and accompanied them in their journey marked with sorrow and distress. He walks with them to warm up and animate their heart, emphasized the Pope.

You can download here the MENSAJE ESPONTÁNEO DEL PAPA (Spontaneous Message of Pope Francis in Spanish) and DISCURSO OFICIAL (Official Discourse in Spanish). 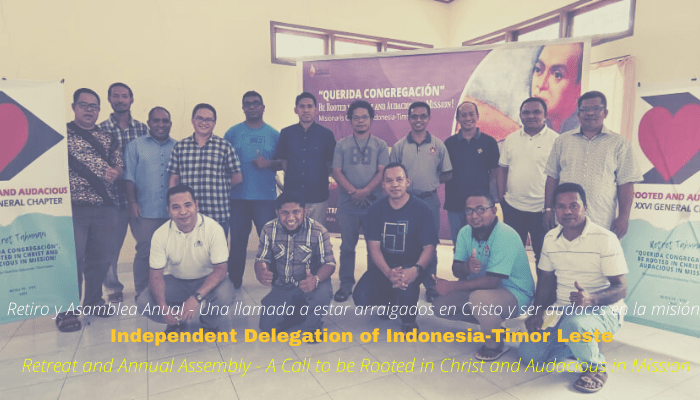 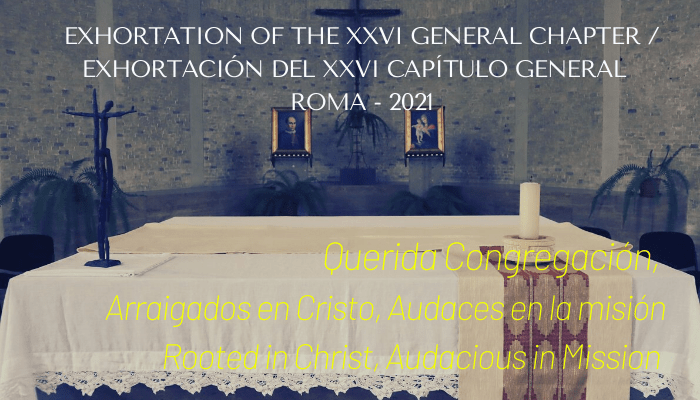 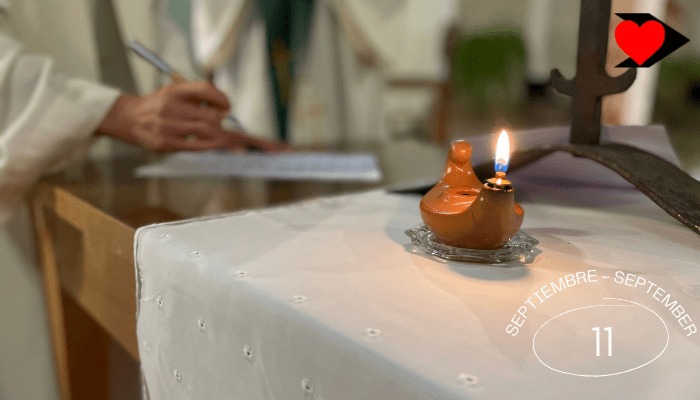