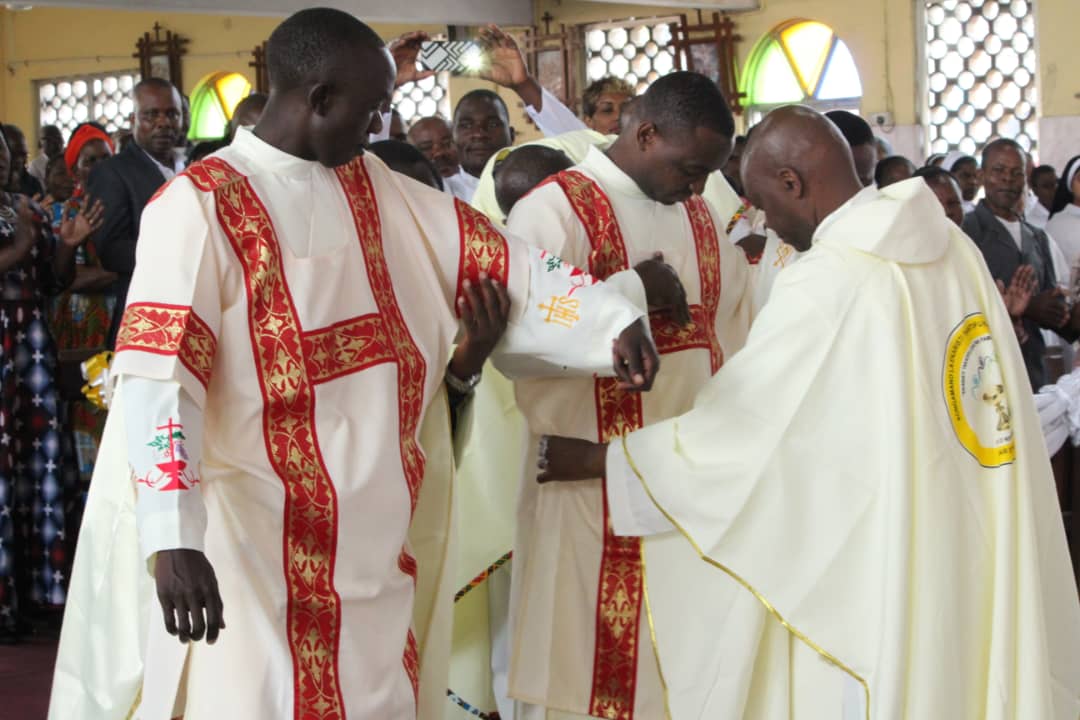 Dar es Salaam, Tanzania. St. Charles Lwanga Independent Delegation witnessed two days in a row the Perpetual Profession and Diaconate Ordination of three of its members. On July 15, 2020, three students, Bruno Michael, Denis Mukamatuhe, and Hillary Andabati, CMFF, made their Perpetual Profession in the hands of their Major Superior, Fr. John Francis, CMF, at the St. Mary’s Parish in Kimara Dar-es-salaam. The following day, July 16, 2020, 171st Foundation Day of the Congregation, Archbishop Jude Thaddeus Ruwa’ichi, OFM cap., of the Archdiocese of Dar Es Salaam, ordained the same students to the Order of Deacons in the same venue. 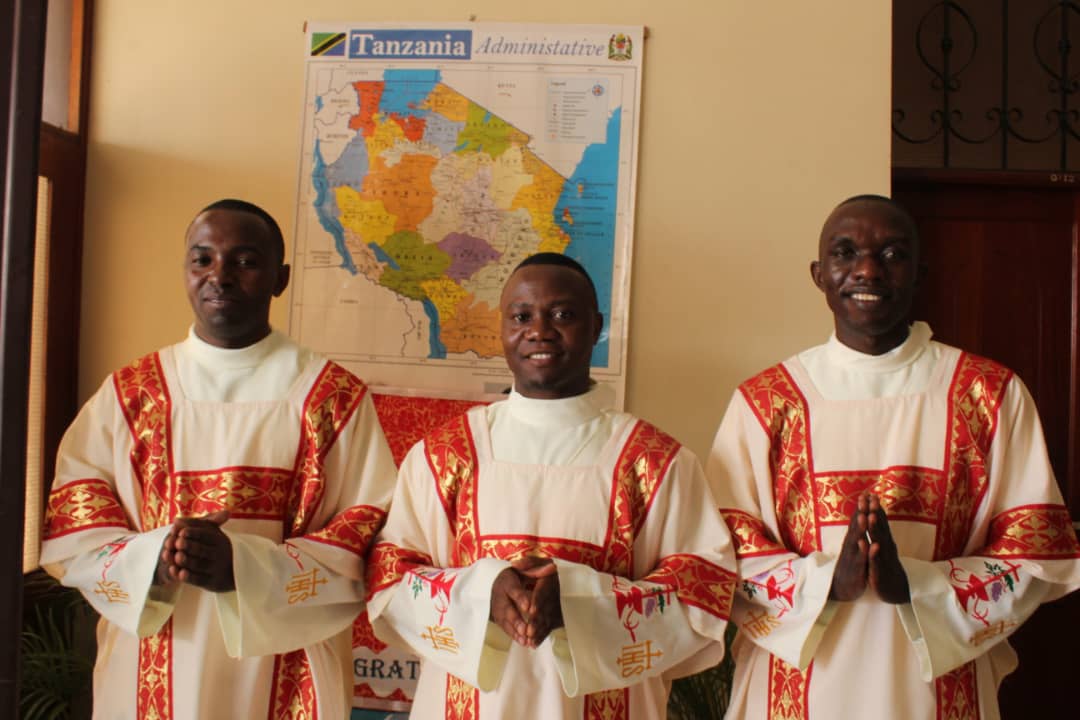 In his homily, Archbishop Ruwa’ichi thanked the Claretian Missionaries for their presence in the world and specifically in his archdiocese. He shared his fatherly wisdom with the ordinands on their new duties and status in the Church. He drew their attention to chapter six of the Acts of Apostles, the choice of the seven deacons in the Church, and actively encouraged them to follow and imitate the proto deacons of the Church. He reminded them that “even though their duty was that of service, they still had time for prayers and sharing of the Word, which explains the reasons why they were filled with the Holy Spirit.”

Numerous Claretian confreres from the Delegation graced the occasion. The Delegation is thankful to the organizers, the parish of Kimara for the success of the event, and to the Lord for the gift of vocations.