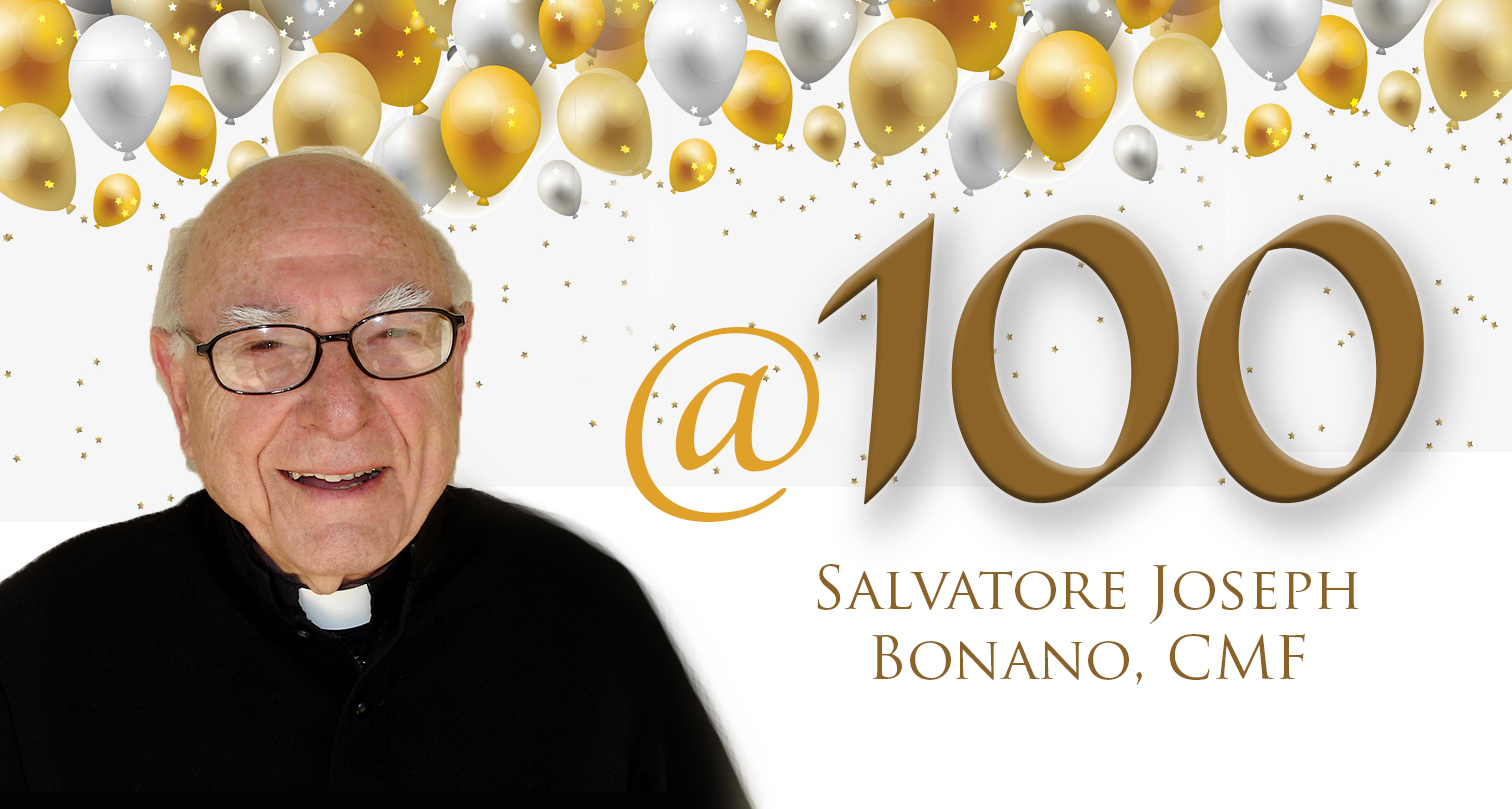 On Thursday, 13th of December 2018, Fr. Salvatore Joseph Bonano, CMF, the eldest among the members of the Congregation will turn 100 years of age. The whole Congregation is thankful to the Lord for the gift of life and blessings showered on him all throughout these 100 years.

Father General, Mathew Vattamattam, CMF, on behalf of the whole Congregation, sent an early greeting message for Salvatore Joseph on the occasion of his 100th natal day.

I send you this cordial greetings and appreciation for the many years spent in teaching ministry and pastoral care in the province. I am sure your 82 years of Claretian life have been a wonderful journey with the Lord who walked with you in your consolations and desolations, agonies and ecstasies. The psalmist reminds us, “Those who trust in the Lord are like Mount Zion, which cannot be shaken but endures forever” (PS 125:1).

Together with the Claretians in the Province of USA-Canada, I ask the Lord to continue to grant you his grace to live the joy and passion of your Claretian vocation in all moments of your life. I commend you to the heart of our Blessed Mother who accompanies and guides her sons sent in mission and welcomes them when they are called to the home of the Father. Our Founder St. Anthony Mary Claret and the blessed martyrs intercede for you. Wishing you God’s choicest blessings. 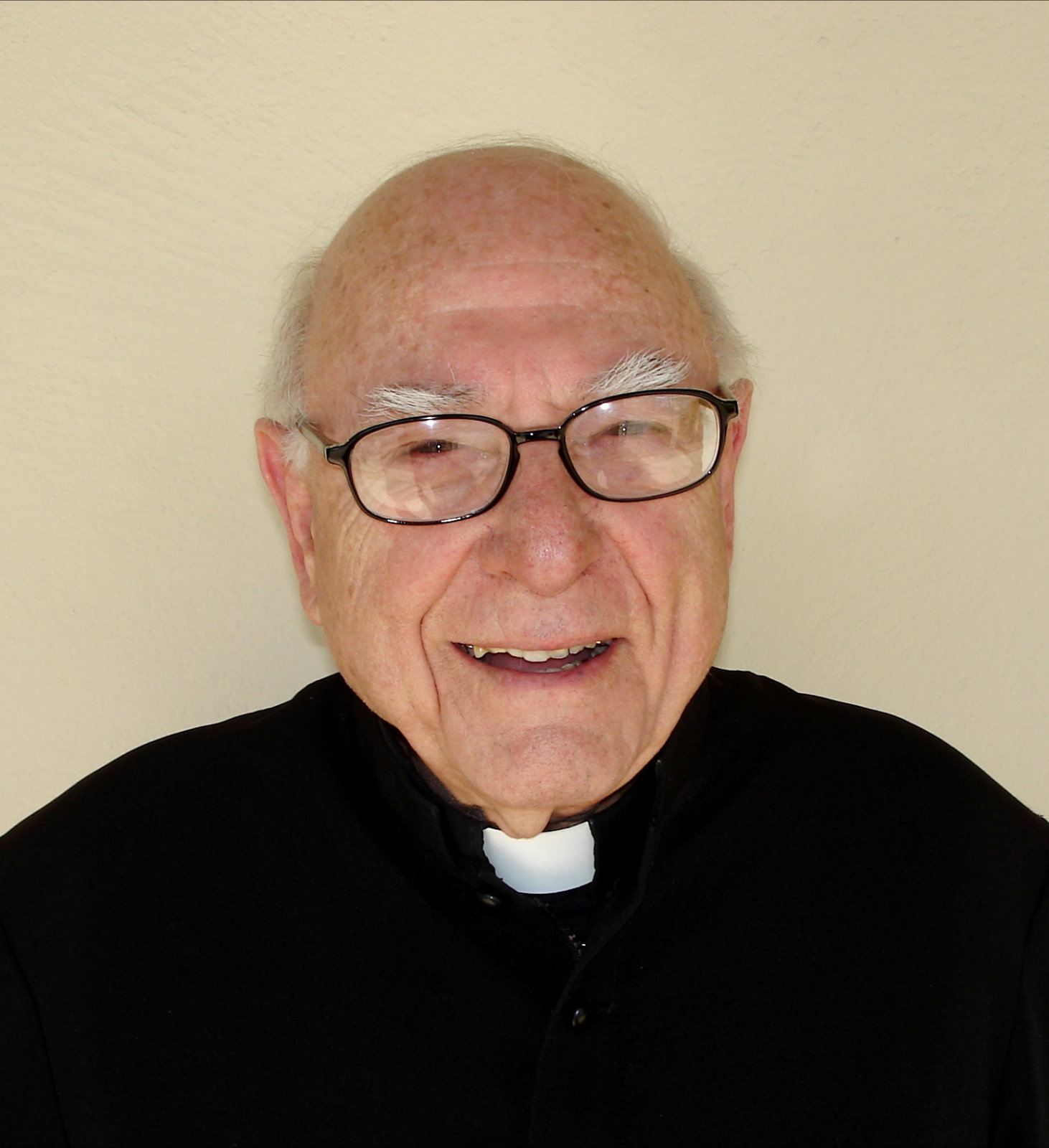 Fr. Salvatore was born on December 13, 1918 in Plaquemine, LA (United States of America) to Anthony Bonano and Lucy Miceli. He took his First Profession on the 87th Foundation Day of the Congregation, July 16, 1936 at the Novitiate House in San Marcos, Texas and proceeded to Philosophy at the Dominguez Seminary in Compton, CA. After three years he pronounced his Perpetual Profession on December 14, 1939 and continued with his theology at the aforementioned seminary. Then he was ordained by then Auxiliary Bishop of the Archdiocese of Los Angeles, Most Rev. Joseph T. McGucken, on May 8, 1943 at the Old Plaza Church, Los Angeles, CA. In 1945, he took his Licenciate in Sacred Theology at the Catholic University in Washington, D.C. and his Doctorate in Theology at the same university. He also took a Renewal Course at the Franciscan Seminary in Santa Barbara, CA.

From 1945 to 1961, he took different professorial ministries on theology in the US (Dominguez Seminary in Compton, Claretville Seminary in Calabasas, House of Studies in Washington (D.C.); in Italy (Claretianum in Rome from 1960 to 61); United Kingdom (Claretian Seminary in Highcliffe, England). Then he became the Pastor of Sacred Heart Church in Lambourn, England from 1966 to 76. Then he went back to the states and became an Associate at the Sacred Heart Church in Prescott (AZ) from 1976 to 78 and 1979 to 88 respectively. From 1978 to 79 he was at the St. Anthony’s Church in Phoenix (AZ) and from 1988 until he retired in 1992, he took a part-time ministry at the Scared Heart Church in Prescott. Then he was assigned to Outreach Ministry at the Casa Claret in Rancho Dominguez in 1992 to 95. But in 1995, he was appointed Associate at the St. John’s Church in San Marcos, Texas for a year, then he was back again at the Casa Claret a year after. Then he had his last two Associate Ministries at the Sacred Heart Church in Prescott (1997-1998) and St. John’s Church in San Marcos (1998-1999) respectively. From 1999 and up to this day, he is residing at the Casa Claret in Rancho Domingo doing Pen Ministry.

From your brothers in the whole Congregation, God bless and Happy 100th Birthday dear Salvatore Joseph!