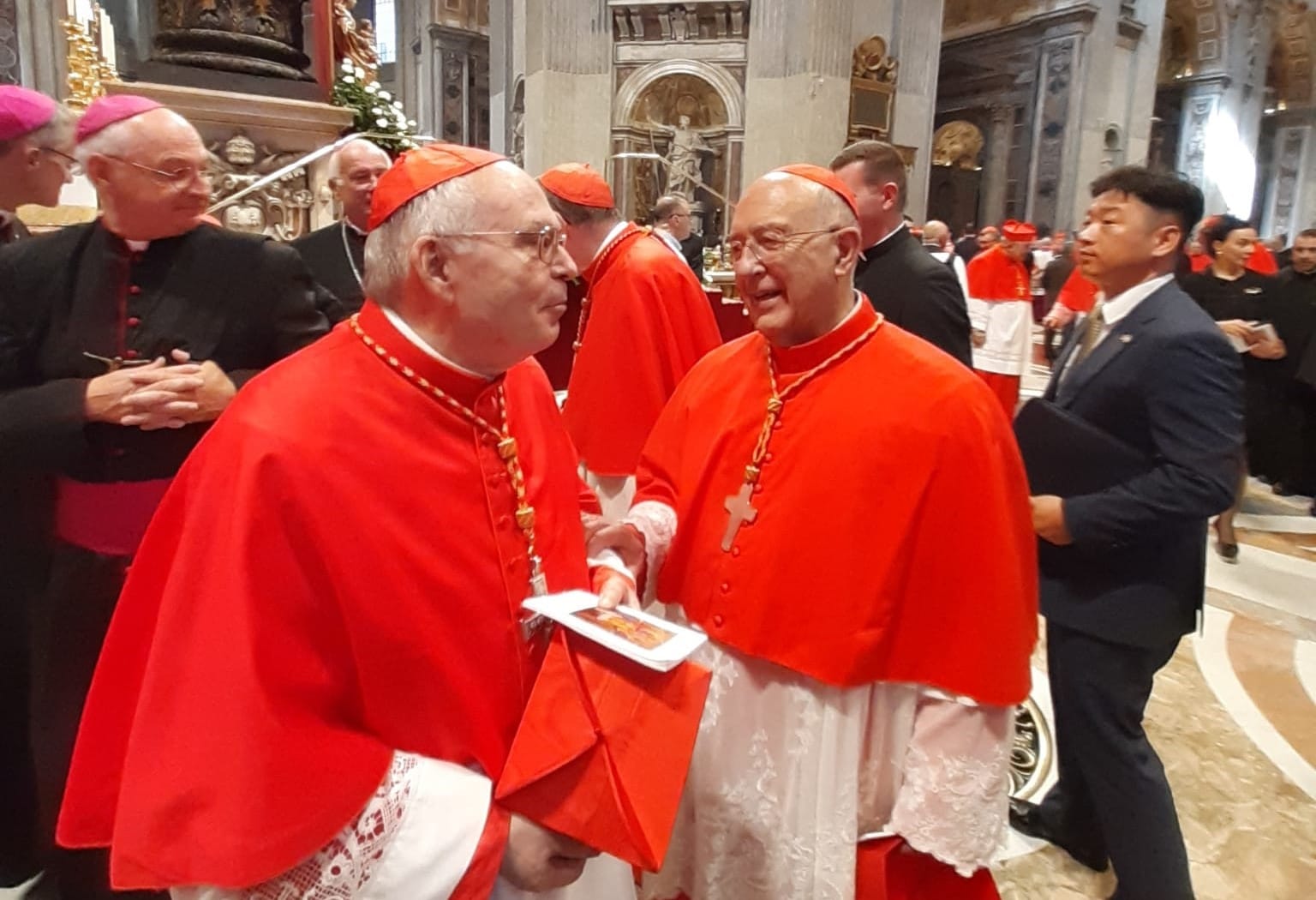 Vatican City. Pope Francis presided over on Saturday, August 27, 2022, the ordinary consistory at the St. Peter’s Basilica, creating 20 new Cardinals, 16 of whom are eligible as cardinal electors in the future conclave, making a total of 132 cardinal electors all in all. Their names were announced during the Angelus on May 29, 2022. They are from all over the world, giving a balanced representation of the different continents.

During his homily, the Pope reflected on the dual image of fire in the Sacred Scriptures -the powerful flame of the Spirit of God, and the charcoal fire that we find in John’s account of the third and final appearance of the risen Jesus to the disciples at the Sea of Galilee.

Let me take just the image of fire, the powerful flame of the Spirit of God, God himself, as “consuming fire” (Deut 4:24; Heb 12:29). A passionate love that purifies, regenerates and transfigures all things. This fire – but also this “baptism” – is fully revealed in the paschal mystery of Christ, when he, like a column of fire, opens up the path to life through the dark sea of sin and death.

There is however another fire, the charcoal fire that we find in John’s account of the third and final appearance of the risen Jesus to the disciples at the Sea of Galilee (cf. 21:9-14). It is a small fire that Jesus himself built close to the shore, as the disciples in their boats were hauling up their nets miraculously filled with fish. Simon Peter arrived first, jumping into the water, filled with joy (cf. v. 7). That charcoal fire is quiet and gentle, yet it lasts longer and is used for cooking. There on the shore of the sea, it creates a familiar setting where the disciples, amazed and moved, savour their closeness to their Lord.

Aside from reminding the new Cardinals to keep their gaze on Christ to help them in their humble service to all, he also underlined that the twofold fire of Jesus reveals that “a man of apostolic zeal is impelled by the fire of the Spirit to be concerned, courageously, with things great and small, for ‘non coerceri a maximo, contineri tamen a minimo, divinum est.'”

Remember: Saint Thomas, in the Prima Pars, says: Non coerceri a maximo, not to be confined by the greatest, contineri tamen a minimo, yet to be contained within the smallest, divinum est, is divine.

A Cardinal loves the Church, always with that same spiritual fire, whether dealing with great questions or handling everyday problems, with the powerful of this world – which he often has to do –, or those ordinary people who are great in God’s eyes.

The Claretian Missionaries who are impelled by the same fire, same Spirit, and living in an increasingly synodal Church (QC 45b), join the whole Church in praying for these newly created Cardinals and in supporting them in their dealing with great questions or handling everyday problems, with the powerful of this world in areas where the Claretians are present in their ecclesiastical jurisdictions.