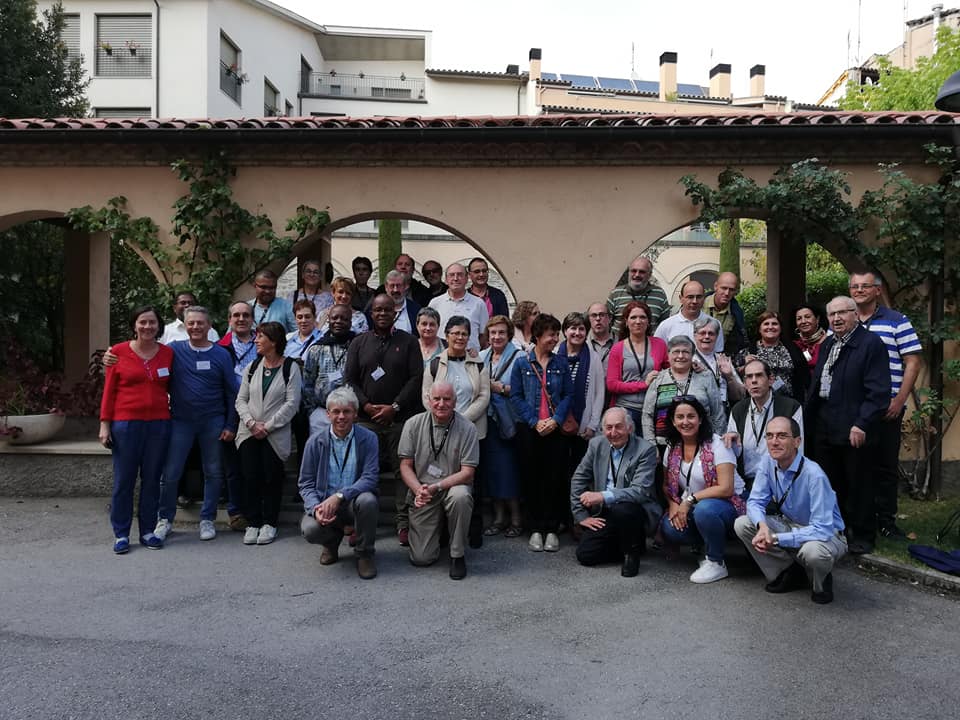 Vic, Spain. The Prefects of the Apostolate of Catalunya, Euskal Herria, France and Italy convened in Vic some 50 religious and lay people from its respective Organisms from October 5 to 7, to favor a mutual meeting among them, contribute to the present draft of the Provincial Project of Life and Mission, and share the pastoral work they do in their respective Organisms.

At the start of the Encounter, Fr. Manuel Tamargo, CMF, General Econom and in-charge of guiding these Organisms as it merges into one Organism, presented the reorganization process that the Congregation is undergoing in Europe, particularly in these four Organisms, to consolidate its forces be able to announce the Gospel in a meaningful way to the people of our time.

One of the fruits of this process is the document “Towards a Provincial Project of Life and Mission” which was presented by Frs. Ricard Costa-Jussà and Agustín Ortiz, CMFF, and which has been the material that they have had to work on in groups by Organism during the morning session.

The morning ended with a brief presentation from the Secretary General of the Lay Claretian Movement, Bernardeta Arbaiza, of the presence of the Movement in these Claretian Organisms and its situation before this reorganization.

In the afternoon, Frs. Aitor Kamiruaga and Ricard Costa-Jussà, CMFF, presented the reality of the Claretian schools in Euskal Herria and Catalunya – a very demanding mission that involves many people, both agents and subjects, a true evangelizing challenge.

They dedicated the rest of the afternoon to renew their Claretian spirit. Accompanied by Fr. Carlos Sánchez and Bro. Josep Codina, CMFF, they visited the temple, the museum, and the emblematic places of Vic. They ended this Claretian pilgrimage with a prayer vigil in which they celebrated the seven gifts of the Spirit.

On Sunday morning, after the celebration of the Eucharist in the crypt, they met by areas of apostolate (Children and Youth Ministry, Family and Adult Ministry, Ministry on the Excluded) to share their responsibilities in each of the Organisms and to begin to peek the necessary joint steps to take.

The meeting ended with an evaluation and a moment to thank all the people who made the meeting possible. In a special way, they commended the work of the translators who facilitated the communication between people of five different languages.

“It has been two intense days to get to know each other, share the Claretian spirit that unites us, and begin to see where this new Organism in the light of Shared Mission can go. May the audacity and creativity that characterized Fr. Claret impel us to be the evangelizers that this time needs.”