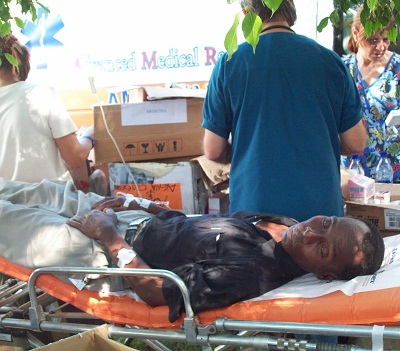 Haití. After the earthquakes and cyclones, tragedy continues striking Haití. The cause of the alarm among the population now is a cholera epidemic. Until now, at least one thousand are considered dead and more than 10,000 infected.

Fr. Anibal Zilli comments: “The cholera goes on advancing and the situation is becoming tenser day after day.

There were already manifestations against the soldiers of the UNO because they are considered guilty, especially those who came from Nepal (…). I believe that the Doctors Without Borders are helping a lot. Here in Kazal several cases of contagion have been confirmed…”

On his part, Fr. Demuel Tavarez says: “In Jimaní, Dom. Rep., a border city with Haití, where another Claretian community has been recently formed, several security measures have also been taken to prevent the epidemic from reaching the Dominican Republic. The problem of these measures lies in NOT opening the border MARKET. This prevents the simple and poor people from marketing and getting some income to be able to survive. What seems unbelievable is that the trucks of the great enterprises continue penetrating in Haití.

The Claretian Missionaries of Haití have agreed to contribute to the solution of this problem from the communities of the environment of Puerto Príncipe: Nazon and Kazal and that of Jimaní. This help has been centred especially on the area of drinkable water, thanks to the collaboration of the lay Claretians of PROMICLA with whom they are working in Shared Mission.