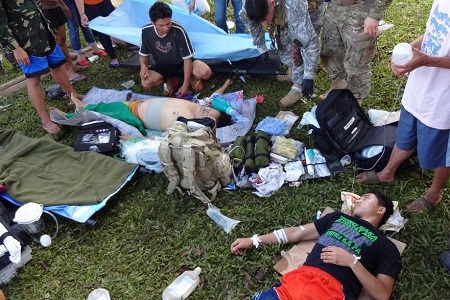 Basilan, Philippines. The Claretians of the Philippines have published a letter of condemnation against the acts of violence which laid waste to the inhabitants of this region, especially the workers of Tumahubong.

The declaration entitled: Great Righteousness Does Not Oppress”, stated that in October 2011 grave acts of violence were committed. The last occurred on July 11, 2012. There were three cases of people being ambushed in which 17 were killed and more than 40 wounded; the majority of them workers on rubber plantations, police, and innocent civilians.

In their statement, the Claretians demanded a stop to the bloodshed in Basilan caused by economic and political ambitions that show contempt for the value of life. At the same time, they questioned the civil and military authorities in the way they carry out of justice, ask the armed groups to cease hostilities, and urge the ecclesial communities in the promotion of peace.

Read the declaration in English here.