FEBRUARY 11 – APPROVAL OF OUR CLARETIAN CONSTITUTIONS

Today we are called to embrace gratefully our Constitutions, which the Church recognizes as a path to holiness. At Archbishop Claret’s request, the Constitutions were approved by Pope Pius XI on this date in 1870. To underscore historical continuity, the Congregation for Religious Institutes and Societies of Apostolic Life, approved the post-Conciliar revision of the Constitutions on February 11, 1982. 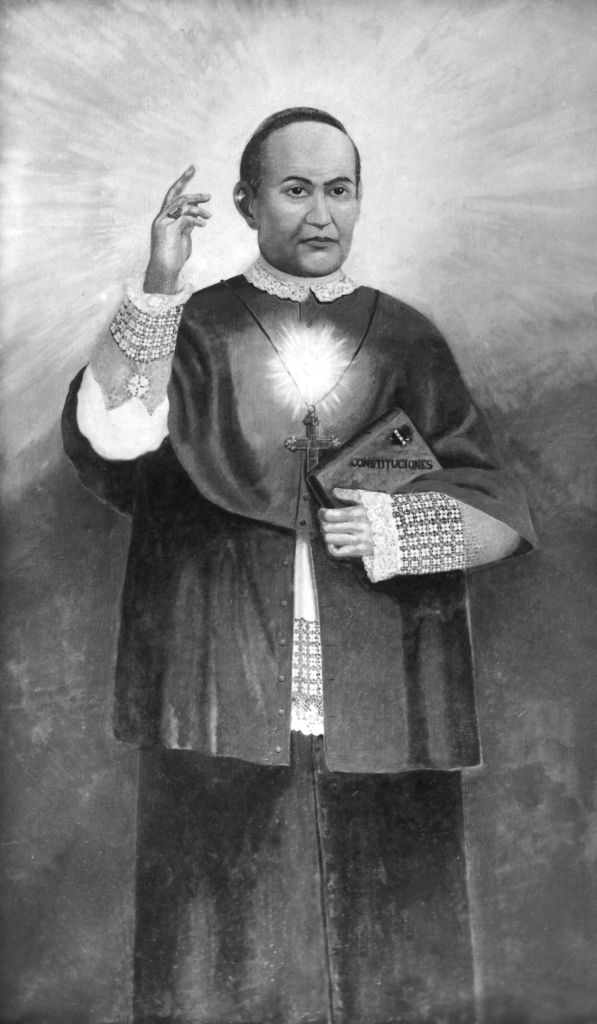 Why celebrate these events? The Constitutions make up a small, theologically and historically unpretentious book, but they are our book of life, which we are meant to incarnate in our missionary lives. They reflect the way of life of our Founder and of Claretians of former generations. This small book articulates the Gospel experience described in the Founder’s Autobiography.

The Constitutions spell out what it means for us, as Claretian Missionaries, to be members of the Church of Jesus. As such, we also grow in our understanding of identification with Christ, mission, community and the most effective strategies for promoting the reign of God and, in particular, serving the poor. Above all, we celebrate today our greatest gift, which is our calling to incarnate the Jesus of the Gospel, in his words, deeds, and gestures, as well as his death and resurrection.

Before founding the Congregation, Anthony Claret, drafted rules for several apostolic associations, but established the Congregation of Missionaries without having prepared rules for it. As a result, the subsequent way of life of Claret and his five companions was determined by his personal experience as a missionary. His surprising appointment as Archbishop of Santiago, Cuba, shortly after the founding of the Congregation, forced Claret to draft the first Constitutions, affirmed by his companions and approved by Luciano Casadevall, Bishop of Vic.

On his return from Cuba, Claret ammended that text, which is not extant, and with the encouragement of the Missionaries of Vic, presented it to the Government in Madrid, which granted the Congregation civil approval in 1858. Called the Constitutions of 1857, the document was approved by Rome with a decretum laudis in 1860. Definitive approval, however, was granted in 1870, after suggested revisions had been made.

During the Chapter of 1865, Claret and his Missionaries addressed the concerns of the Roman Congregation. In the fall of 1865, Claret and Xifré traveled to Rome and, after intensive discussion with the Roman Congregation, obtained approval of the Constitutions ad experimentum for ten years. Five years later, however, Claret was in Rome for the First Vatican Council and was able to obtain Pope Pius IX’s definitive approval on February 11, 1870. Xifré received our exiled Founder’s profession of vows, in accord with those Constitutions, at Fontfroide on October 8, 1870.

Although the Congregation began without a written rule, guided only by the missionary experience of the Founder, years later it would profit from his presence and guidance as the Constitutions took shape. In that process, Claret and the Missionaries worked closely with the Roman Congregation.

Over more than a century, changes made to the Constitutions undoubtedly reflected the inspiration of the Holy Spirit and an always more profound understanding othe Founder’s Autobiography and his misionary experience. However, the post-Conciliar Constitutions, approved on February 11, 1982, reflect Claret’s missionary spirituality with an entirely new clarity. We might go so far as to say that our current Constitutions reflect the founding of the Congregation anew in the company of our Founder himself.

It would be an understatement to say that the Church loomed large in the spirituality of Claret, the beautiful spouse of Christ as well as the ecclesia semper reformanda. Indeed, Claret believed the Congregation and its mission were born from the Church’s womb. Thus, his extraordinary joy and zeal, as well as his willingness to embrace countless trials. Claret remained stalwardly devoted to the Church not only when Bishop Casadevall extended a welcome to the fledgling group of missionares, but when his appointment as bishop of Santiago, Cuba, separated him from his companions for six years, when his companions expressed dismay at Rome’s demands, and when finally he had the opportunity to present the Constitutions of 1857 in Rome. Having striven to enrich the Constitutions with an array of ecclesiastical sources, indicating the will of God for his Missionaries, Claret was delighted to present to his Missionaries, exiled in Prades, the small book that arrived from Rome.

The General Chapter of 1922 faced the daunting task of accommodating our Constitutions to the Code of Canon Law of 1917. In 1965, the Congregation faced the even more daunting challenge of rewriting them completely in light of the mandates of the Second Vatican Council. This required of the entire Congregation the exercise of ecclesial obedience meaning, above all, honoring our congregational responsibility to foster the charism of Claret as a gift of the Spirit to the Church. Such an undertaking would entail addressing concrete instances, in which the Congregation had departed from Claret’s original intent and attuning us to the Spirit, who calls us to participate in the missionary dynamism of the Church.

To say the least, the Constitutions of 1982 reflect fifteen years of remarkable, and at times difficult dialogue and experimentation within the Congregation, let alone negotiation with the Roman Congregation for Religious.

While one can say that February 11, 1982, was the culmination of an intensive, and at times taxing journey of the Claretian Congregation in service to the Church, it must be said that the entire Congregation accepted the new Constitutions as by all means Claretian, ecclesial and evangelical.

Claret’s assiduous reading and meditation on the the Gospel of Jesus brought about his conversion and inspired his apostolic vocation. His experience of the Word is captured in the small book he left us in the Constitutions of 1857, not a rule for religious life in the accepted sense, but his lived experience of a radical interpretation of the evangelical counsels. Under his guidance, Claret and the Congregation of Missionaries eventually realized that the profession of religious vows was the only appropriate manner, in which to express their calling and commitment.

Arguably – if such arguments are of any help, the Claretian Constitutions are the first, since the time of St. Francis of Assisi, to be so deeply steeped in the text of the Word of God. As a seminarian, Claret’s interest in the Scripture was neither literal nor cultural, the elements of exegeses, but his determination to know and realize the plan of God, in order to bring the bread of life to others. Listener and Servant of the Word defines our Founder.

Yet, it should be stated that citations of the Word in the earliest Constitutions were somewhat condensed, reflecting the standards of the time. On the other hand, anyone who studies the Autobiography of Claret and his many spiritual writings, must acknowledge the transcendently transformative influence on his life and thought. The Word determined Claret’s spiritual, vocational and ministerial profile, as the Constitutions purported to show.

As a result, when the Congregation undertook its post-Conciliar renewal, it was essential to appreciate the impact of the evangelical Word on Claret’s life and ministry. Indeed, in returning to its historical sources, as the Council had mandated, the Congregation was blessed to recapture the biblical and evangelical vision of our Founder. It was as if Claret himself anticipated shaping his Congregation as a community of hearers and servants of the Word for the third millennium.

It is indeed significant that in our current Constitutions there are 190 biblical quotations, over three times more than in the older text. However, both texts favor the Gospels of Matthew (the community) and Luke (the mission) and the Letters to the Corinthians (ecclesial ministry). It makes perfect sense, then, that these texts are the guiding texts of Claretian formation, including the experience of the Forge.

The sole purpose of our Constitutions and Directory is to mediate, in the light of current circumstances, the missionary vision of our Founder, and to undergird a project of community and personal life centered on Jesus. It is the Spirit who allows us to understand and to follow Jesus (cf. Jn 14.26, 16.13-14) and bestows a diversity of gifts for this purpose.

We recall the history of the Constitutions in order to celebrate gratefuly the action of the Spirit in the life and mission of our Founder, as well as in ours. The Constitutions witness to our vocation and to the grace always to remain committed to it.