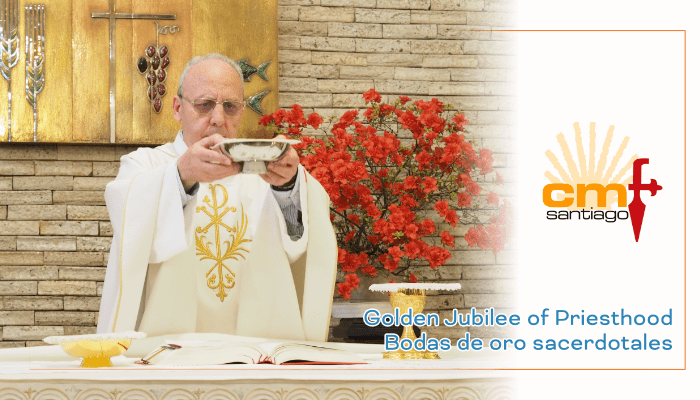 Madrid, Spain. The missionary priest José San Román Calvo, CMF, current superior of the Intercultural Formation Community of Colmenar Viejo, together with the whole community celebrated his 50th anniversary of priestly ordination. All the brothers of the community thanked and celebrated the long and qualified service of Fr. José San Román to the formation of missionaries.

Congratulations to our brothers for their fifty years of missionary and priestly life!