General Council of the Economy 2012 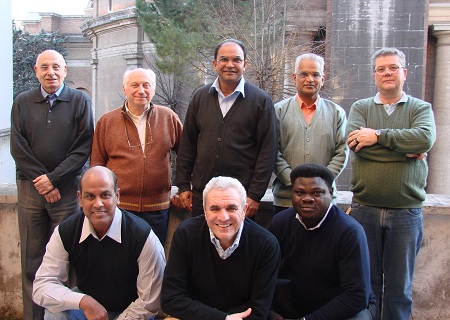 Roma. The General Council of the Economy met at the General Curia in Rome from Monday, February 20 to March 2, 2012.

The sessions were presided over by Fr. Domingo Grillía, CMF, Econome General, and at various times by Fr. Paul Smyth, CMF, Vicar General who acted as translator.

These sessions of the Council were the first celebrated since the Encounter of Economes of the Major Organisms held last September 2011 in Bangalore, India. As a result of the conclusions of that meeting, the Council took into account the sentiment of the financial crisis which affects the economies of many developing countries and, consequently, those of emerging economies. Also taken into account was the December 2011 letter written for this purpose by Fr. Josep M. Abella, CMF Superior General.

In this letter Fr. Abella exposes some of the effects the financial crisis is having on the Congregation and asks from all Claretians an attitude of greater evangelical consistency with the spirit of our religious profession. It also requests that this spirit be reflected in our balance sheets, financial budgets, and communication of goods.

Based on this insistence, the General Council of Economy has revised and has given its opinion on the balance sheets and budgets of the Major Organisms, of the administrations of the General houses, and for the projects that were submitted to it.