For the Congregation of the Claretian Missionaries (CMF), founded by St Antony Mary Claret, Archbishop of Cuba, on 16 July 1849, and vibrantly partaking in the global evangelizing efforts of the Catholic Church, it’s a great moment of jubilation as they celebrate the Golden Jubilee of their presence and ministry in the Indian soil. They see it as an opportune occasion to remember, in gratitude, those fifty blessed years trespassed and to vigorously navigate farther in the path of renewal.

Lived as an itinerary preacher, a spiritual master, a zealous missionary on fire, an untiring confessor, an outstanding archbishop in pastoral ministry, and a saint impeccably devoted to Mary, he was born as the fifth child of eleven, to Claret and Josephina in Sallent, Spain on 23 December 1807. After his schooling, he sought after a promising career in the textile industry in Barcelona in 1825, however, ending up joining the seminary, Vic in 1829. He was ordained a priest in 1835 and he started his ministry in the parish of Sallent. He engaged in zealous missionary activities in Catalonia and Canary Islands from 1841 to 1848. Along with other five like-minded priests, Stephen Sala, Joseph Xifre, Dominic Fabregas, Manuel Vilaro, and James Clotet, he founded the Congregation of the Sons of the Immaculate Heart of the Blessed Virgin Mary (CMF) also known as Claretian Missionaries on 16 July 1849, on the feast of Our Lady of Mount Carmel. In addition, he, along with Mother Maria Antonia Paris, also founded the congregation of Claretian Missionary Sisters on 25 August 1855. He was appointed the royal confessor to Queen Isabell II in 1857 and he participated diligently in Vatican Council I in 1869. He was called to the eternal reward at Fontfroide, France on 24 October 1870. He was canonized by Pope Pius XII in 1950.

The Missionary Congregation (The Claretians), which was founded by St Claret who took the Pauline verse for his motto, “Love of Christ impels us” (2 Cor 5:14), is present in 66 countries today. The missionaries, using all timely, urgent, and effective means possible, strive, as Servants of the Word, to bring glory to God while seeking the salvation of souls and sanctification of themselves. Claretian Congregation has grown into a grand missionary fraternity in the Church today, with two cardinals, 28 bishops, and 3028 members along with other students in formation. It is deemed a great recognition for the members of the congregation in India to have Very Rev Fr Mathew Vattamattom CMF, elected to be the Superior General, the first Indian priest in the history, to lead the Congregation from Rome.

IN THE INDIAN SOIL

His Excellency Mar Sebastian Vayalil, the first Bishop of the diocese of Pala who visited Frankfurt, Germany, met Rev Fr Francis Dirnberger, the then Provincial Superior of the Claretians in Germany in 1960. After their historic discussion, Bishop Sebastian made the plans for the establishment of the Congregation in India, firmly believing that the ministerial service of the Claretians would do great good to India and everyone. Thus, with a view to planting the Congregation in the Indian soil, he sent disposed seminarians of his own diocese in two batches for formation in Germany: Joseph Madhavath, Kuriakose Thekkilakkattil, Mathew Pazhayamkottil, Thomas Vadakkekkara and George Pallivathilkkal in the first batch and George Vanchipura, George Nedumpalakunnel and Mathew Njayarkulam in the second. The ordination of the first Indian Claretians in 1968 was an evident manifestation of the fulfillment of Bishop Sebastian’s desire. Joseph Madhavath and Mathew Pazhayamkottil received their priestly ordination from Bishop Sebastian Vayalil himself in Frankfurt. Hence, these events made explicit, the love of Bishop Sebastian Vayalil to the Claretian Missionaries and the indebtedness of the Congregation to the diocese and the Syro-Malabar Church.

It was the deep desire of Bishop Sebastian Vayalil that the organism that would take its roots in Kerala should be affiliated to the Syro-Malabar church; he proposed it legitimately and strongly and the German Claretians greeted the proposal with consensus. Accordingly, the first seminary of the Claretians in India was established at Kuravilangad. In addition to Bishop Sebastian, distinguished priests of the diocese namely Mons. Thomas Moothedam, Mons. Kurian Vanchipurackal and Rev Dr. Mathew Madathikunnel were among those who gave wholehearted support to the growth of the Seminary, inaugurated in 1971, and to the growth of the Claretian Congregation as a whole. It was Rev Fr. Joseph Madhavath who acted as the master-builder of the seminary as well as the groundbreaker of missionary (priestly) formation in the initial years. Distinguished German priests Francis Xavier Dirnbirger CMF, Peter Schultz CMF, and Joseph Allinger CMF showed great interest in the growth of the Institute and willingness to bear its financial burden: they themselves were the helmsmen for the integral growth of the Claretians in India.

THE RISE OF THE CONGREGATION

The leading role and patronage of the German Province of the Claretians and farsightedness of the Indian priests took the Congregation in India way forward in the number of its personnel and in its ministerial expansion. This inaugurated the age of pastoral, missionary, and social involvement apart from the ministry of formation. Thus, the Congregation was able to open mission centers in Tamil Nadu (1975), Andra Pradesh (1981), and later in Meghalaya. An independent Province of the Claretians in India was erected in 1984 under the title, the Province of Bangalore, which is currently a regional part of the original Province. Later, as the Congregation grew, Chennai Province (1993), St Thomas Province in the Syro-Malabar Church (2004), Northeast Independent Delegation (2017), and Kolkata Independent Delegation (2019) were formed.

Today, the Claretians serve the Church in India from Kerala to Arunachal Pradesh. It extends, in five Organisms of Bengaluru, Chennai, St Thomas, North-East, and Kolkata, across seventeen Indian states, with 82 communities, 520 missionary priests, and a good number of students in formation. Moreover, we have many assiduous Indian Claretians in the mission frontiers in Northern and Southern Americas, Europe, Africa, notably in China and the Vatican. Let us hope and pray, through the powerful intercession of our Blessed Mother, and St Claret our Founder, that this missionary tree, planted in the garden of the Holy Church, grown into a grand canopy of outstretching branches over distant lands, may produce abundant fruits weathering all storms. 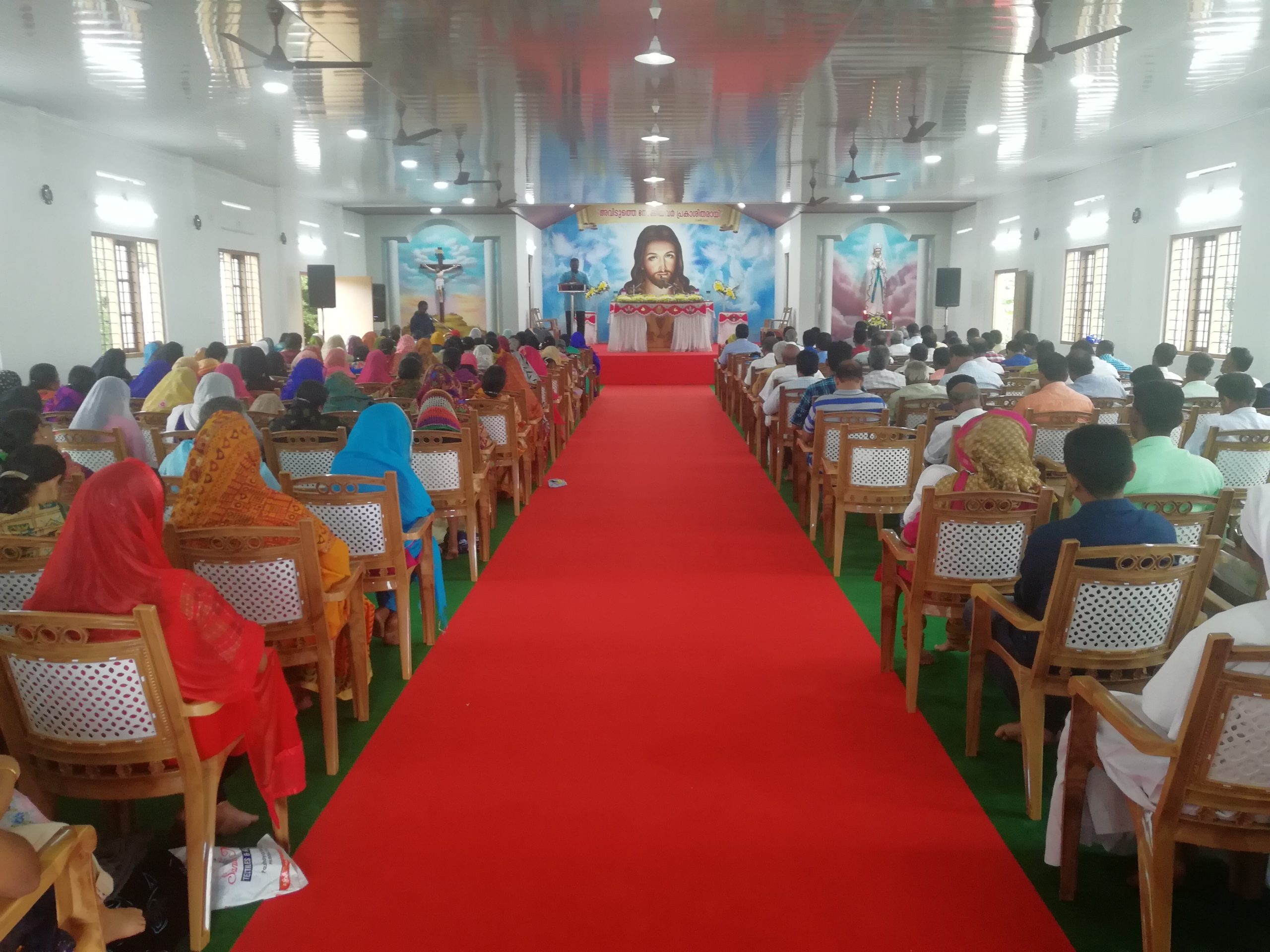 Claretian Missionaries by taking up the missionary obligation as the servants of the Word of God render their service in the preaching ministry. Special teams are formed and measures are taken in different regions with the intention of organizing retreats for parishes, religious, and students. It is evident that a good number of faithful enjoy the spiritual benefits through the services from our centers. 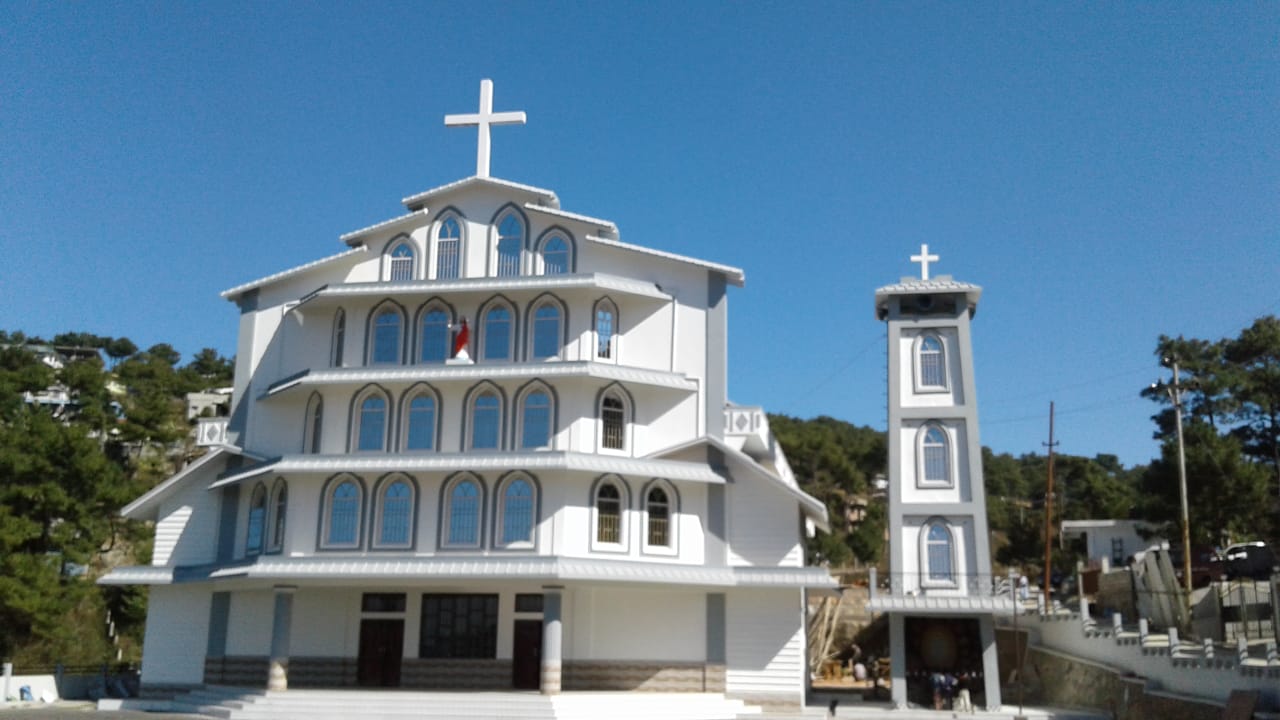 Claretian Missionaries render their pastoral service in different eparchies, with the aim of fulfilling the spiritual and sacramental needs of the faithful of the church. These ministries help to form new Christian communities and lead the people to the Christian faith. 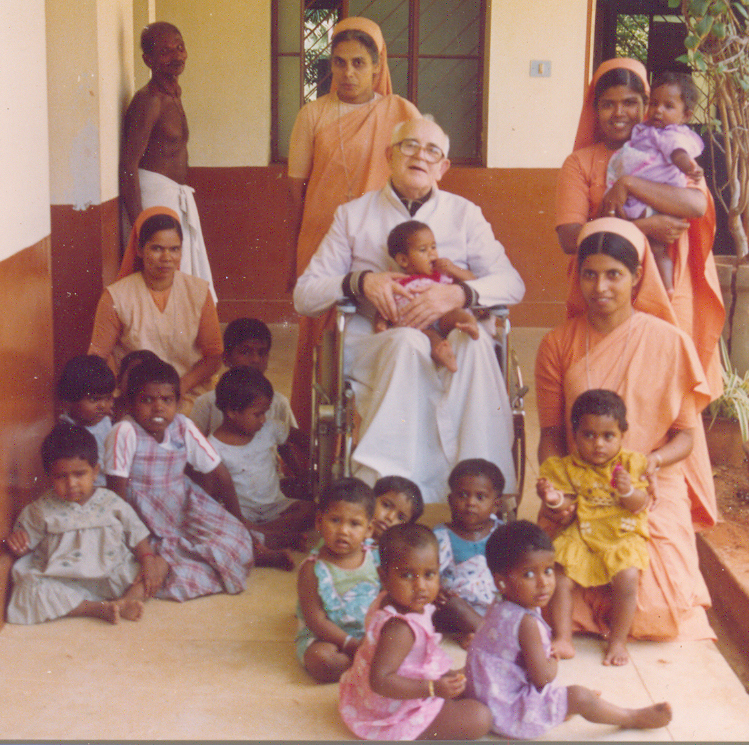 Claretian Missionaries try to ensure the prosperity of the society and to support the backward people of the society with appropriate plans and measures. The missionaries could extend their helping hands to the victims at the time of natural calamities. 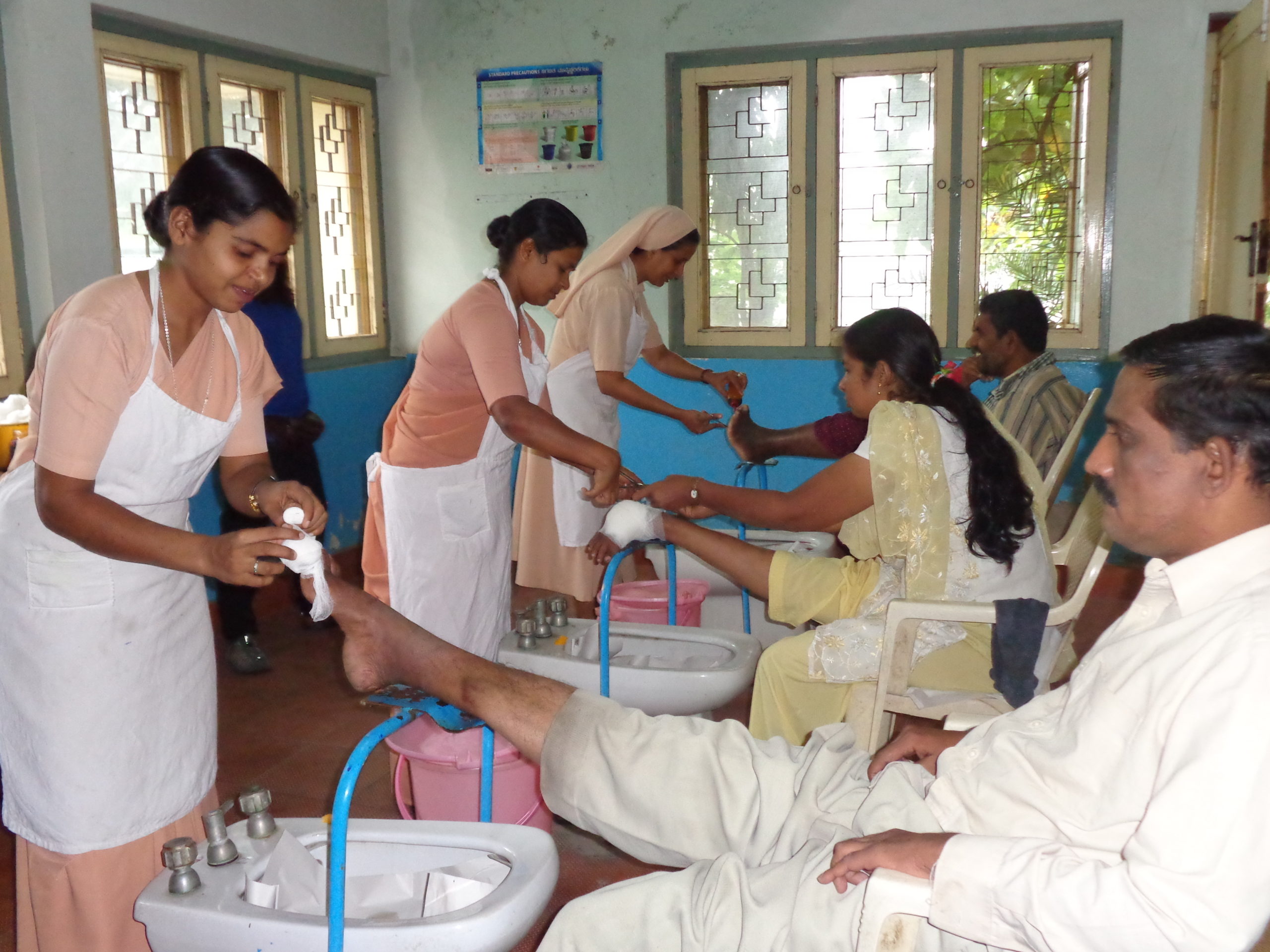 It is another ministry of the Claretian Missionaries in India to render care and treatment to the sick. The Congregation has various care centers for the leprosy patients, those who are affected with HIV/AIDS, mentally challenged, and paralyzed.

Ministry for the Homeless 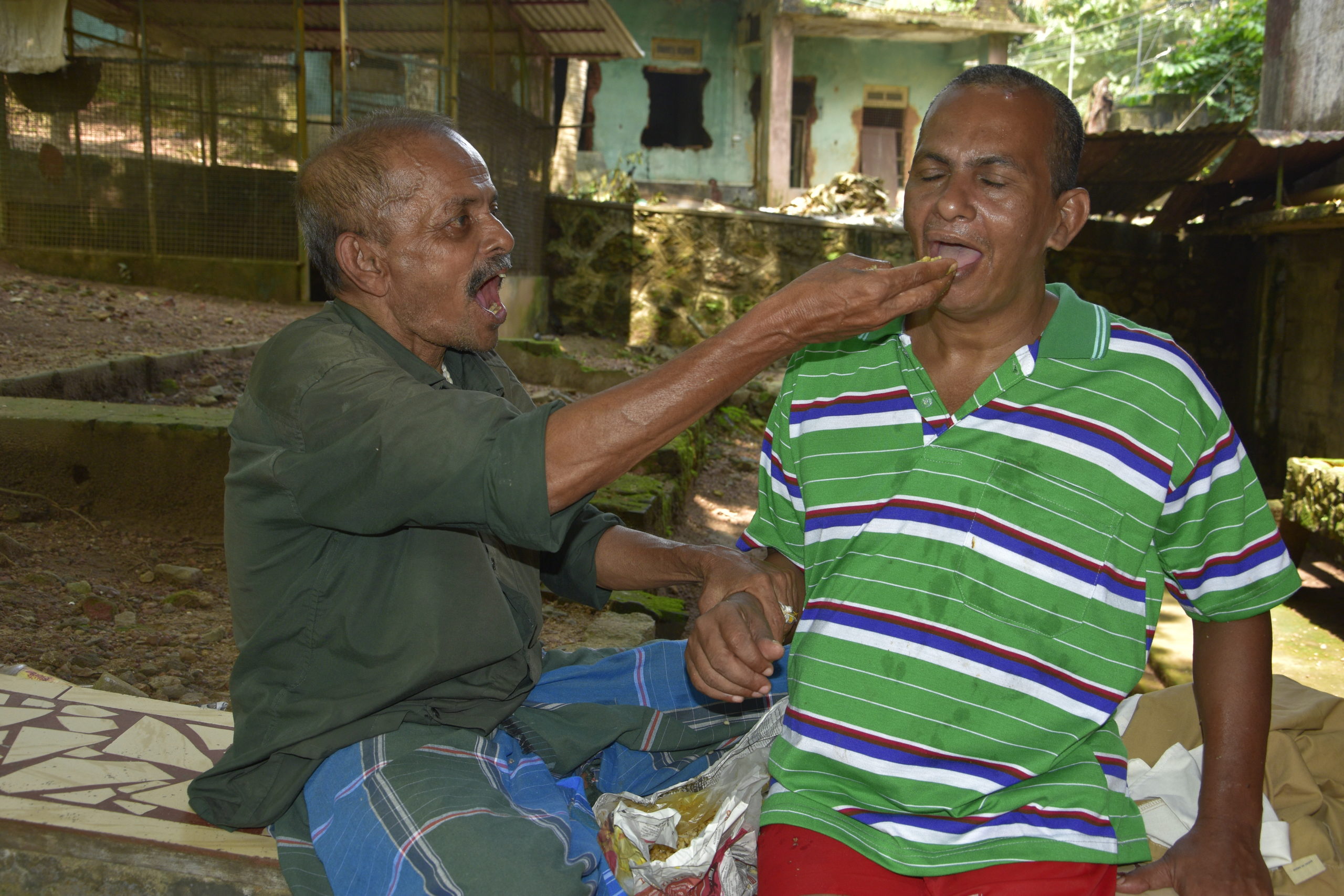 The Claretian Missionaries in India have opened many shelter homes for the homeless people in the street and those abandoned by their families. Those centers give them relief from loneliness. It makes them feel that they have someone who cares for them. 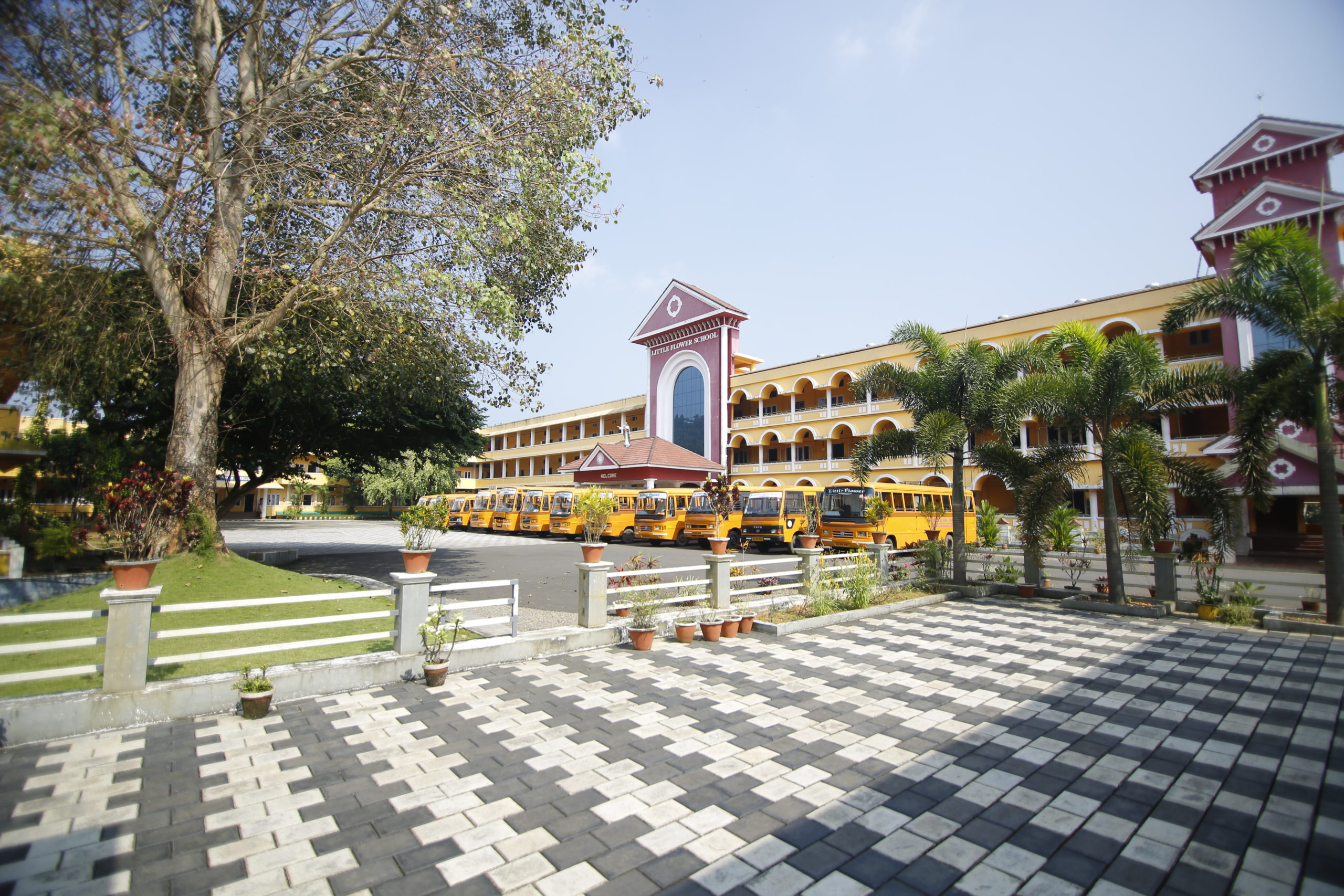 Claretian Congregation has established many educational institutions in different parts of India with the aim of providing better education, based on moral values for the new generation.

Claretian Missionaries in India organize various personality development seminars and retreats to mold the zealous young people to serve the society and Church. 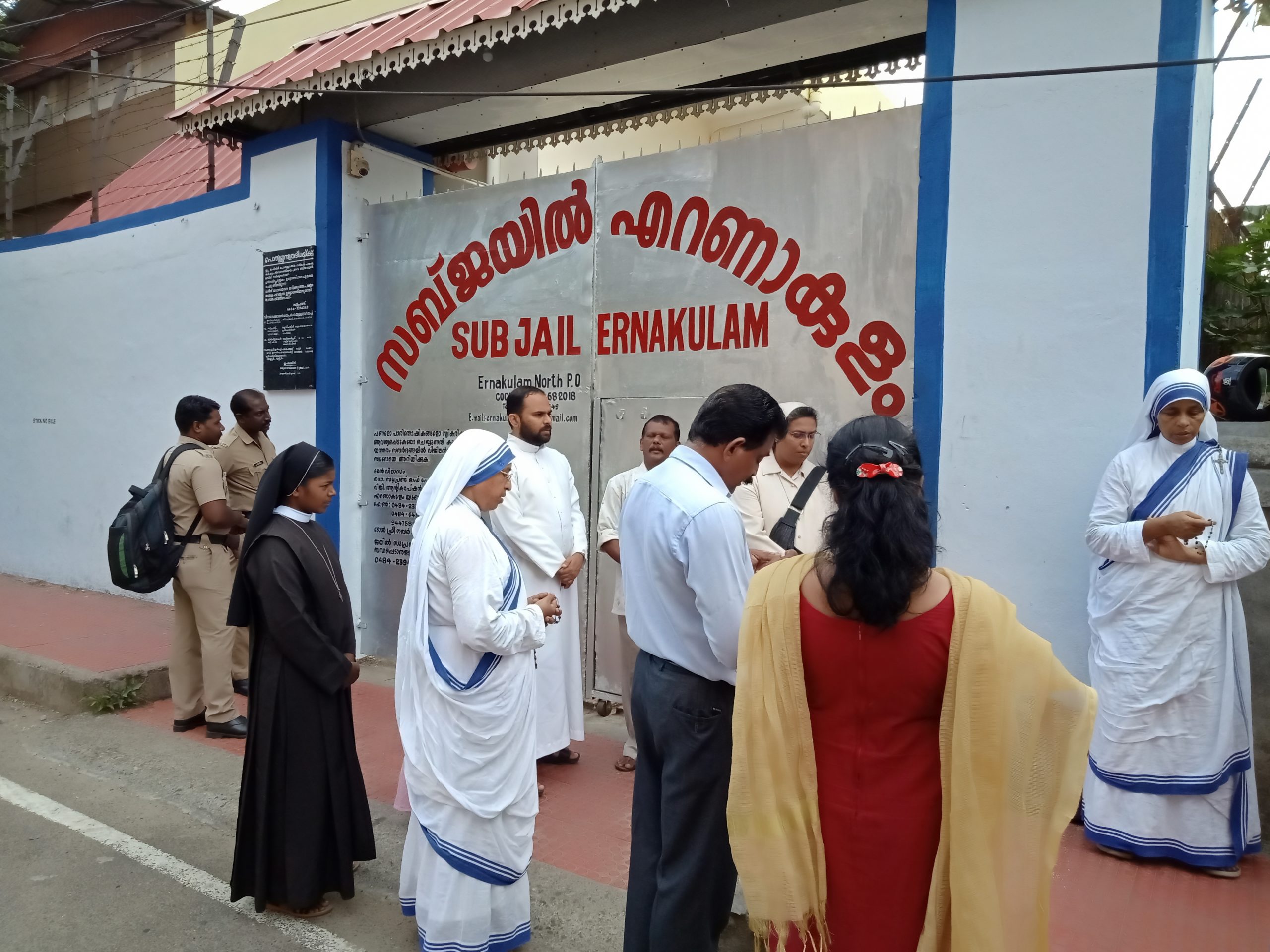 Claretian Congregation in India provides various opportunities to take care of the spiritual needs of the prisoners and mold them in moral values through regular jail visits, Sunday Masses in the jails, etc. Different measures are taken to rehabilitate the ex-prisoners. 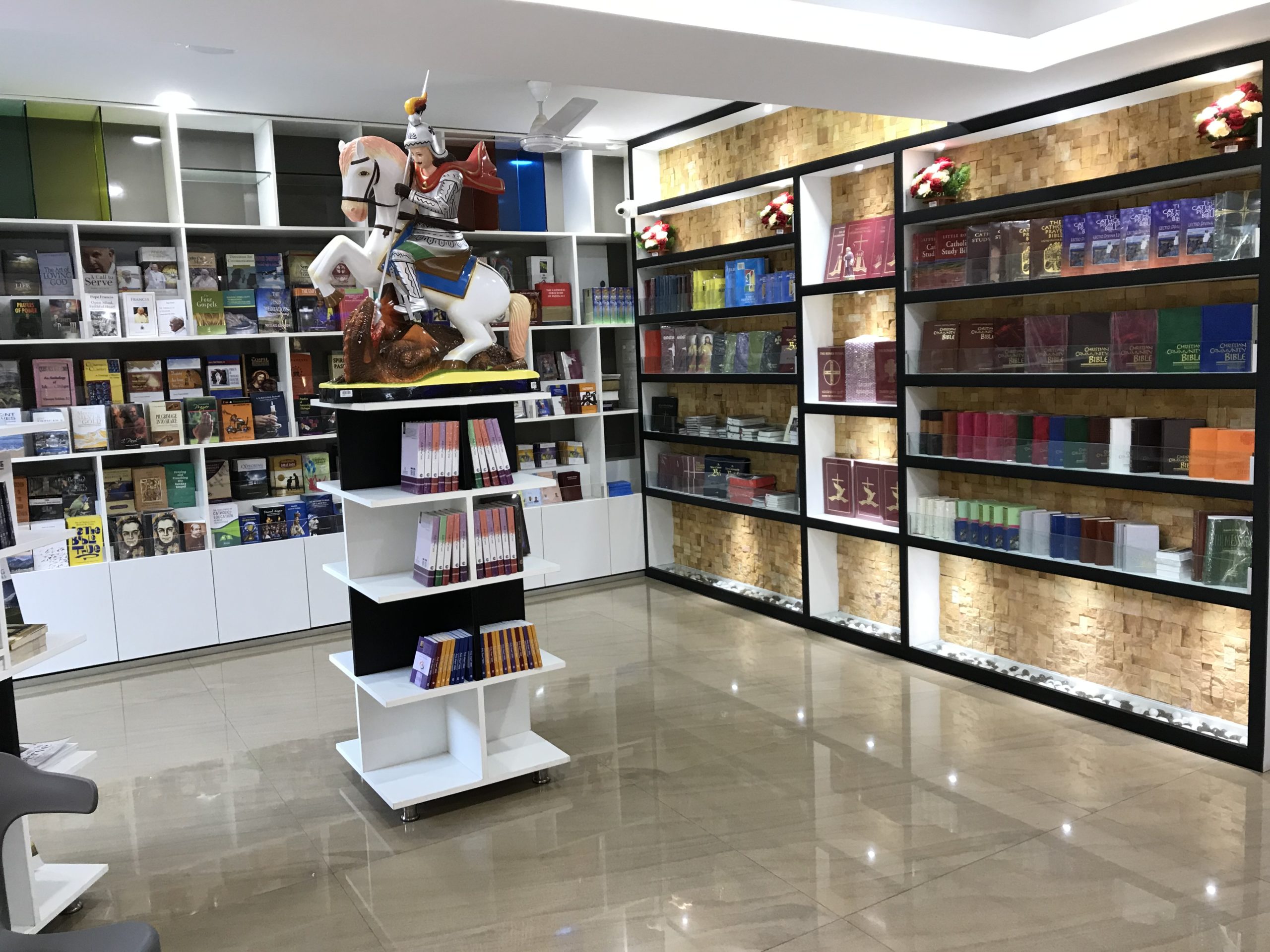 By effectively making use of the ‘Digital Continent’ the Claretian missionaries direct different programs on various social media platforms, in order to strengthen all the ministries. Daily prayers, Gospel reflections, YouTube programs are some of them. Bible Diary and other books published by the ‘Claretian Publications’ are widely known and most sought after even outside India.

Various camps are timely organized under the Vocation promoters in order to help the aspiring candidates to discern and foster vocations to priestly and religious life.

We gratefully remember our beloved congregation who has been an encouragement and support all throughout these fifty golden years. We remember especially with gratitude German Province of Claretian Missionaries who planted the seed and helped generously all through the stages of the growth of Claretian Missionaries in India. We thank Fr. Arsenius CMI for being the spiritual director for the minor seminary students for the last 5 decades. We remember with grateful heart all the eparchial bishops, Major superiors of various congregations, well-wishers, and friends. We gratefully remember all the departed claretians from India for their selfless service and pray for their eternal rest.