Heart of Mary School of Gijon: the seal of European Excell

Spain. The heart of Mary school has received, on 21 October, the seal of European Excellence “by its academic level and comprehensive training in values of its pupils”. The director of the Centre, Alfredo Garcia Fernandez, CMF, received the certification from Don Antonio Garcia, director of Veritas Bureau in Asturias, Cantabria and Leon. “We are in the process of continuous improvement and we have an educational proposal based on the development of young people from father Claret’s style,” explained before the crowded auditorium Cristina Ballesteros, pedagogical directress of Child and Primary Education.

The Act included the intervention of the Claretian priest Gerardo Pastor, licentiate in philosophy and doctor in Educational Sciences and has been rector of the Pontifical University of Salamanca and Dean of the faculties of Psychology and Communication. He gave a conference entitled “The young before the authority of their elders’. 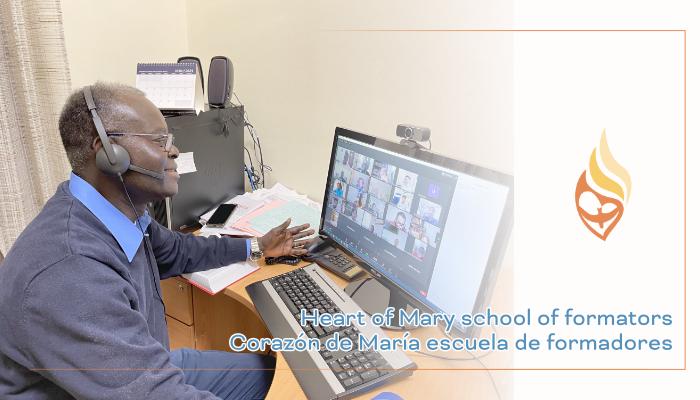 SCHOOL OF THE HEART OF MARY – FORMATION OF FORMATORS YEAR 2021

Rome, Italy. From April 6 to May 7, 2021, the English edition of the School of the Heart of Mary for formators was held in response to the requirements of our last two General Chapters, which explicitly speak of the preparation of formators as an important part of...

Rome, Italy. Two ongoing online courses are being taken by some members of the Claretian Family – 1) Selected Formators and 2) Youth and Vocations Ministry heads. General Prefect of Formation, Fr. Leo Dalmao, CMF together with Fr. Marcos Garnica, CMF of the Province...

Colmenar Viejo, Spain. At the end of the third and last phase of this Year's School of the Heart of Mary, the participants reviewed the regulations in Formation, beginning with the General Plan of Formation, deepened their understanding on the Initiation in the...