Keeping the fire alive in us 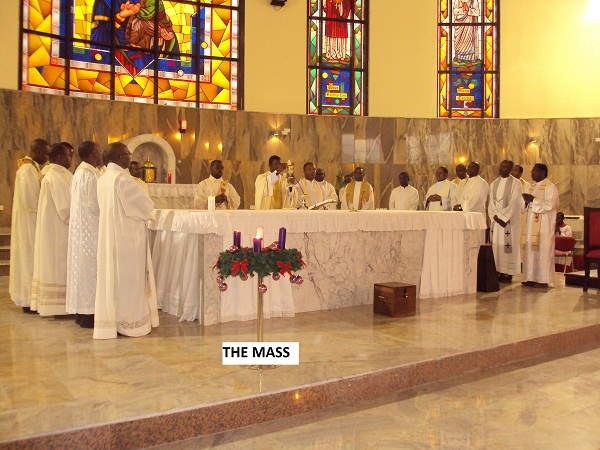 The second general assembly of the West Independent Delegation of Nigeria, scheduled from 6-10, December, 2010, commenced as scheduled. The finally professed members of the Delegation arrived the venue, The Archdiocesan Resource Center, Victoria Island, Lagos. At about eight pm, the brothers had supper and at nine pm, they met for the opening session.

An opening prayer was said by Fr Mathias Nwaiwu, cmf; then the president of the assembly and representative of the Superior General, VRF Emmanuel Edeh, was duly welcomed by the Major Superior, VRF Henry Omonisaye, cmf. The president of assembly welcomed all present and gave the norms for the proceeding of assembly. The moderators and secretaries for the assembly were nominated by the assembly members. They are: Frs Fosudo Christopher and Iheonu Mathias, as moderators and Frs Ezeokeke Gregory, Anjah Samuel, cmff, as secretaries respectively.

On the second day, there was a second session and the second assembly prayer was introduced by the Major Superior. After the opening prayer, the Major Superior read out his welcome address and in the address, he highlighted the need to positively face some of the intra-delegational and entire congregational challenges that face us as missionaries. These challenges as he put it can only be faced “in the spirit of prayer and discernment, so that our apostolic initiatives are not made according to our whims and caprices but according to the real need of our time.” In concrete terms, these challenges border on the areas of economic self-reliance as an organism, spirituality and formation.

The president of the assembly and representative of the General government, VRF Emmanuel Edeh, cmf, gave a speech acknowledging the positive image the Nigerian claretians have presently in the General government, an experience based on his stay in Rome since his appointment as a General consultor. The central message of his speech was that all claretians should cherish their identity. He thus expressed his admiration of the apostolic plan the delegation government has proposed for the next three years.

After the speech of the assembly president, the secretary, through a graphic PowerPoint presentation, gave a detailed report of the government of the delegation comprising the following areas: Geographical location and statistics of the Delegation, Government and animation, Prefectures of Spirituality, Formation, Apostolate, and finally, Vocation ministry.

A detailed report from the prefecture of economy was later presented specially by the Delegation econome, Fr Anthony Obadina,cmf.