Kolkata Dependent Delegation on the march towards a Major Organism 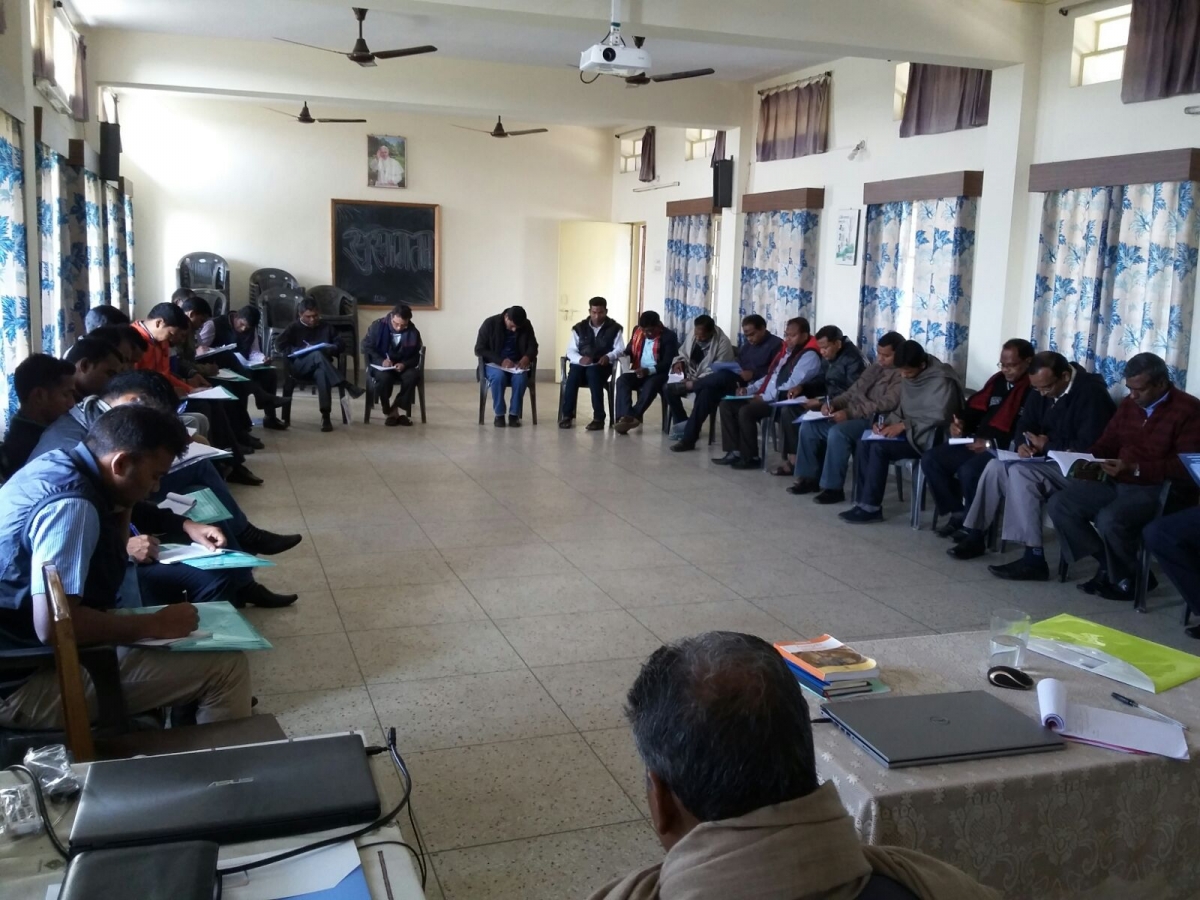 Kolkata, India. The Dependent Delegation of Kolkata has organized an Assembly in two sessions for all the missionaries working in the region. The first session held in Kolkata from 6th to 10th February was attended by 27 participants. The second session was held in Ranchi from 12th to 15th February had a bigger group of 35 participants. The Assembly critically explored the life and mission of the Claretians in the area in the light of the life of our Founder and the XXV General Chapter Document. Five missionaries from Barwadi Mission of the Province of Bangalore, also participated in the Assembly at the invitation of Superior General in order to discern together how to organize the Claretian mission in the Chotanagpur region of North India.

Fr. Mathew Vattamattam, Superior General, presided over the Assembly at the request of the Provincial Government and animated the sessions together with the Fr. Jesudoss, the Provincial Superior of Chennai, and Fr. Lawrence, the Delegate Superior. The focus of the Assembly was the three processes of transformation according to the call of the XXV General Chapter. Fr. Jesudoss introduced each of the processes by referring to them in relation to the life of St. Claret. The Assembly checked whether the life and mission of the missionaries reflected the six charismatic traits in mission. Finally, the Assembly looked into future of the missions and explored the ways to create authentic missionary communities that go forth in mission with the heart and mind of Christ, and gaze at the reality of the people with the compassion of the Lord.

The Dependent Delegation was created in 2008. The Province of Chennai has petitioned the General Government to erect the Dependent Delegation of Kolkota into a Major Organism in a letter addressed to the Superior General on 27th February 2017. The General Government asked the Province to prepare the Delegation to grow not only in the number of missions and members, but more importantly in the missionary vitality which springs from deep Claretian missionary spirituality. The Province which is celebrating its 25th anniversary this year has accepted the challenge and has initiated various programs to strengthen the Claretian dimension of the missions.

There is a felt need to promote intercultural missionary communities that give witness to fraternal communion and the joy of the Gospel in the region. The Delegation is blessed with missionaries from different tribes (Mainly Santal, oraon, Khadia and Munda) and regions (North and South) of India. In future there is need to work in closer collaboration with the other Major Organisms in India. At present, the Delegation has 12 missionary communities and more than 50 missionaries working in the area. The region is rich in missionary vocations. The new Major organism is expected to be erected after the Canonical Visitation from the General Government which takes place this year.

The Visit of Frs. Mathew Vattamattam and Pedro Belberrain in Chennai

Chennai, India: The Province of Chennai was extremely overwhelmed with the visit of Fr. Mathew Vattamattam CMF, Superior General, and Fr. Pedro Belderrain CMF, General Prefect of Apostolate from 15th - 20th December 2022. After the XXVIII General Chapter, they made...