Meeting of the USG Executive Council at Our General Curia 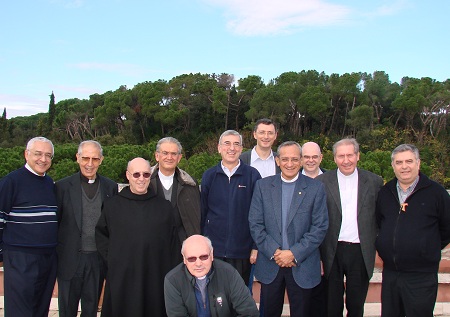 Rome. On Monday November 19th the final meeting of the Executive Council of the Union of Superiors General for the 2009-2012 period took place at our General Curia. During this tenure, Fr. Josep M. Abella, CMF participated in the Council as its Vice-President.

From the 22 – 24 of Novemebr the USG will celebrate its General Assembly in which the theme proposed will be: “In Fidelity We Evangelize and Bear Witness”. The 2012 Synod, the economic crisis, and its implications for religious life.

During this Assembly the new Executive Council will be elected.