MY EXPERIENCE IN THE SANCTUS PAULUS YVM WORKSHOP

From March 13 to 15, I was invited to the workshop on Youth Vocational Ministry (YVM) held in Vic, Barcelona, by the Province of Sanctus Paulus. Representatives of the Claretian community of 11 different nationalities came together to discuss the reality of each of the different regions of the Organism.

I accepted the invitation as soon as I heard it, since in my daily life, and for several years now, I have lived surrounded by Claretian personalities; as an example to follow, my mother. From a very young age, in my country of origin, the Dominican Republic, in the Diocese of Puerto Plata, she was part of several Claretian youth groups and I, following her example, on my arrival in Bilbao, found the Parish of the Heart of Mary. I have been attending it for several years. I started as a catechist of post-communion and free time, in an active way, the last two years. Along with five other companions, I received the sacrament of confirmation two years ago and I am very proud to be able to continue to be part of the parish and not to have left it, helping in various activities such as camps and retreats.

For all these reasons, receiving this invitation was something very special and I did not hesitate to accept and attend the workshop with my parish priest. This is my experience:

On the first day, after the long trip from Bilbao, passing through the Claret Larraona School in Pamplona, we arrived in Vic. The welcome, despite being at nightfall, was at all times most welcoming. After dinner and a first contact with the presentations, we went directly to rest until the next day.

During the following morning, we began the day with a prayer in one of the chapels of the sanctuary built for Father Claret. The tomb of our founder is located there, which, for the first time, I had the honor to witness. For me it was a moment of an accumulation of feelings, both emotion and tranquility, as well as curiosity… I took advantage of a moment, before proceeding to the celebration, to pray in depth in front of our Father Claret and that led me to think about the great feats that people can accomplish from our simplicity.

Another highlight of the workshop were the talks, the sharing and the expositions of each of the representatives who presented the realities of each of the regions, Spain, France and Italy, touching on current issues and giving them each their own point of view: from the detachment from the Church by the different generations to the ways to combat the decline of parishioners or attract more interested people to the Christian doctrine.

Personally, these workshops allowed me to get to know realities from different parts of Europe and not to focus only on the situations I am used to or experience on a daily basis. In spite of being from totally different places, with another language, another culture, another way of living Christianity, they were still, in a certain way, similar. This was what later made it easier for us to find common proposals for the congregation.

That same day, after finishing the various talks, we took a walk through the streets of the historic town of Vic. There we could see monuments such as the main square of Vic, the cathedral or the medieval bridge of Queralt. I found all of them charming and full of history. Among many others, it is worth mentioning that this was the first time I was able to visit the city of Vic and its old town, full of great diversity and history.

To end the outing, we visited the Museum of Father Claret, which as a fact, is the largest and most complete Claret museum that currently exists. It shows many artifacts that he used in his daily life and that reflected his humility, for example, the shoes he wore, totally worn out; or the little luggage with which he traveled to preach: just a small sack … This is something that caught my attention since I carried two backpacks for three days. Another thing that caught my attention were the works, the books he wrote, the box in which he was kept for three years after his death so that his body would not be discovered during the Civil War and the pillow where Father’s blood can be seen, after being wounded in Cuba.

After finishing the visit to the Museum, we returned to the House of Spirituality and celebrated another prayer, this time in a different chapel. In the evening, we shared in community a new outing through the streets of Vic. These moments helped me to know more deeply the Claretian brothers and to discover people with an exemplary behavior, from whom I feel that I could continue learning daily and not only in the religious field.

Finally, on Sunday we carried out an activity in groups. In it, we had to represent the opportunities for the growth of the Vincentian Youth, the difficulties encountered for growth and the challenges in which, in the longer term, we could commit ourselves to improve the situation of the community. In this way, we were laying a foundation for future generations to have and be able to continue with more and better growth.

In my case, some of the SEEDS that we found were the youth and the various platforms that allow us to organize great events or the Christian community itself that we must maintain and make it grow bigger and bigger. 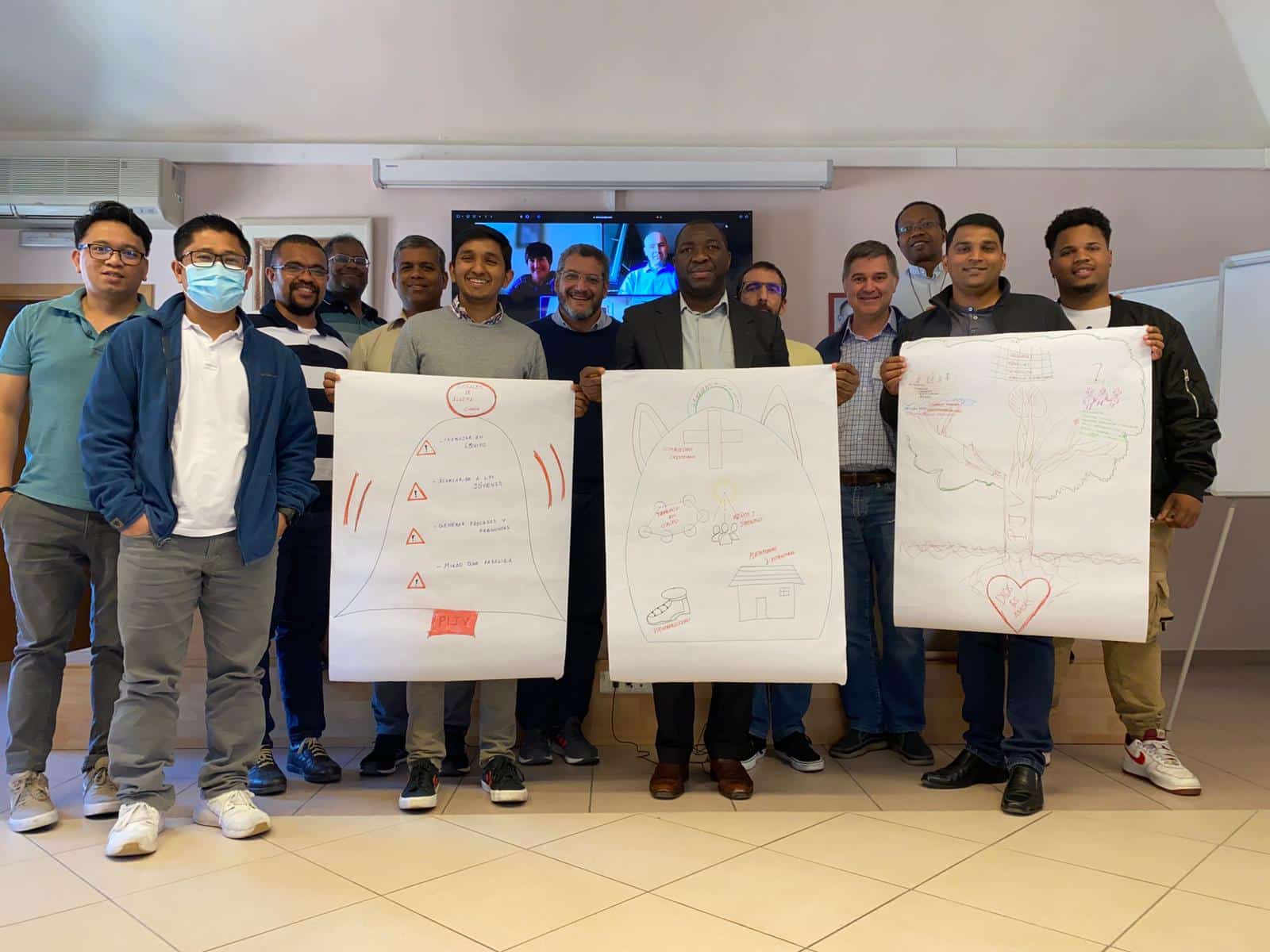 This whole experience is new to me and has been simply amazing and enriching; from being able to know places where I had never been, to be present at the tomb of Father Claret, to share with various representatives of the Claretian community and to know both in lifestyle and to deepen the history. Finally, to visit the places that our Father Claret frequented several decades ago. Without any doubt I would repeat the experience again and I insist from the bottom of my heart, to anyone who is minimally interested in the life of Father Claret, to visit the Municipality of Vic since they will not regret it. 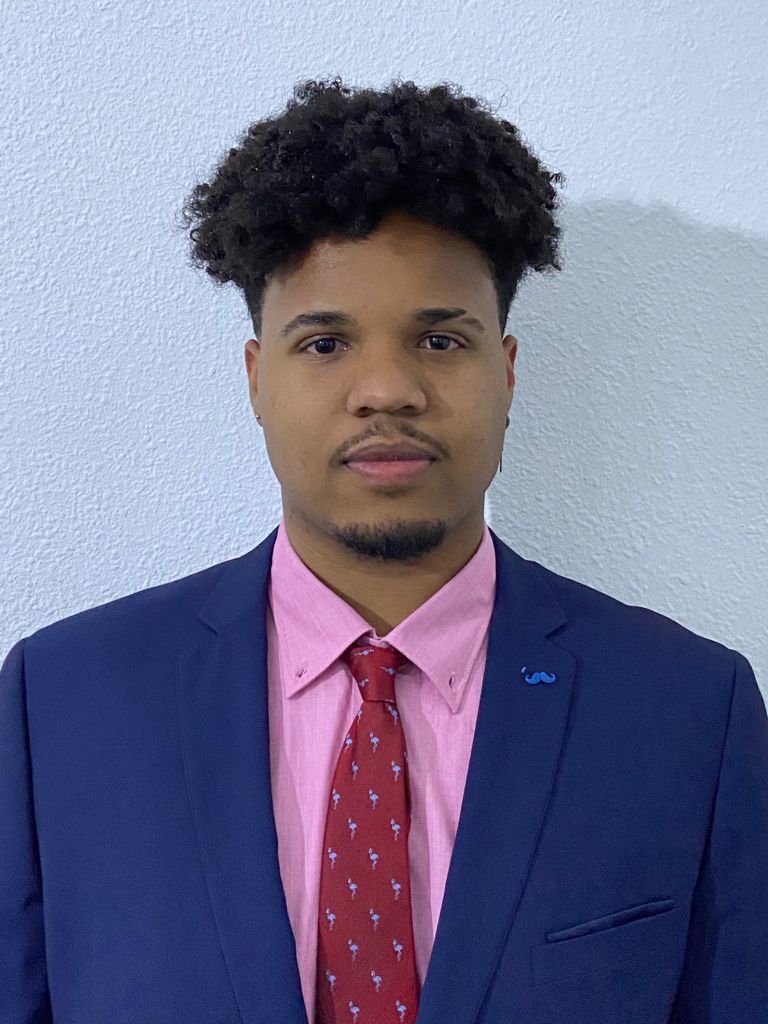