Ordination of deacons in Zimbabwe 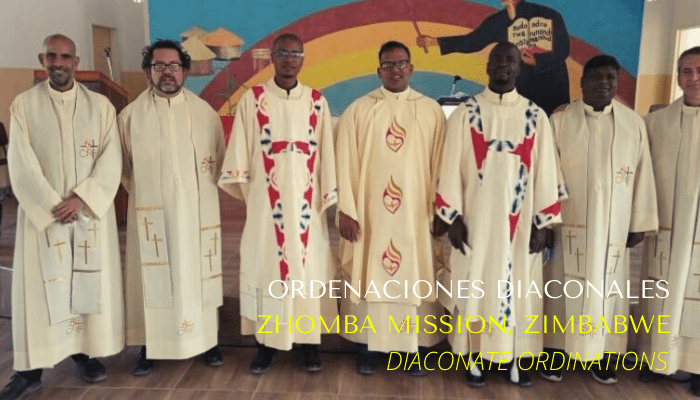 Chiutsi, Zimbabwe. Our mission in Zimbabwe recently experienced with joy the ordination as deacons of students Looklife Ndhlovu, CMF and Nyasha Choga, CMF.

Initially the ordination was scheduled for August 6, but the measures taken by the government to curb the incidence of COVID, forced the postponement of the ordination. The ordination was finally celebrated on August 26 at the Claret College in Chiutsi, Zhomba Mission. Rudolph Nyandoro, Apostolic Administrator of Gokwe, was the ordaining minister.

Together with our confreres from the mission, some diocesan priests and religious, as well as the relatives of Looklife and Nyasha, also participated in the ordination. We wish them both that the ordination they have received will help them to grow in fidelity and commitment to the Christian community they are called to serve.