I am Sister Salomé Sotchi, Missionary of Saint Anthony Marie Claret, of Ivorian nationality, in mission in Mozambique – in the Archdiocese of Nampula-Province of Nampula, in the North of Mozambique.

The shared mission, as a way of life, of closeness and of enthusiasm, invites us to hope and to build together with the youth a new world, just and loving, a world without internal and external violence, full of love and peace. These are the motivations that accompany our pastoral actions around the term: YOUTH WHO BURN WITH CHARITY, according to the style and charism of Saint Anthony Mary Claret.

We, the Missionary Sisters of St. Anthony Mary Claret, and the Claretian Missionaries CMFF, carry out our mission in Northern Mozambique in the provinces of Zambezia and Nampula. Mozambique has eleven (11) provinces, four (4) of which are in the North. It is a large country in Southern Africa with an area of 801,590 km2. It is bordered to the south by South Africa and Swaziland, to the west by Zimbabwe and Zambia, and to the north by Malawi and Tanzania, with a population of approximately 32.26 million inhabitants, the majority of whom are young.

In the province of Zambezia, the Claretian Missionaries and the Missionaries of St. Anthony Mary Claret carry out the mission of the Claretian Family in the diocese of Gurue, in the district of Gile in the following parishes Saint Pedro Clavers de Muiane, Nossa Senhora da Anunciação de Moneia e Santa Bakita Josefina de Gilé and in the Archdiocese of Nampula, in the parish, Santa Rita de Caramage.

On July 28, 2018, with the initiative of Fr. André Kalundoke Satchiquata CMF of Angola, a group of young people is formed for the animation of feasts and festive celebrations Claretian of the parish of Saint Josephine Bakita. In December 2018, from his return from Rome, after the formation meeting on Youth and Vocational Pastoral in Claretian family, illuminated by the Holy Spirit and pushed by the charismatic seed of St. Anthony Mary Claret, the priest Andrew names the group of choristers and other young people “Claretian Youth”, whose charity would have a central place in the spirituality of the group; with the term “Youth who burn with charity”. From that day on, the shining star of youth and vocation ministry in Mozambique made its way.

Today, it has a group of dynamic, motivated, and committed young people in each locality, especially in each parish where the Claretian Missionaries and the religious sisters, Missionaries of St. Anthony Mary Claret, are in exercise.

Our pastoral actions are based on the term “Young people burning with charity”, with formation meetings on the life of St. Anthony Mary Claret, human, psychological, spiritual, biblical, and vocational formation; meetings for sports recreation with the creation of a Claret Sports Garden in the locality of Gilé; visits to communities; the realization of certain charitable actions and the follow-up of certain young people who encounter difficulties at the school and health level.

Our meetings are held monthly with the group leaders and the missionaries of the parish and three big meetings during the year with the coordination leaders. During the crisis of Covid-19, we were able to hold our meetings, but in small groups of young people per locality.

It must be said that the youth ministry and the vocations ministry that we do in Mozambique are located in peripheral areas. We work mostly with young people of little means, who live in the villages. The Mozambican youth represent more than most of the people of God. And this is a great challenge, especially in the follow-up and accompaniment of the youth. For this reason, we have limited the number of participants from 30 to 50 in the parishes.

The youth ministry and the vocations ministry are encountering many difficulties in their implementation. In fact, the distance, and the ways to reach the different communities to meet the youth is a great difficulty. The communities are very far from each other, and we lack a means of communication (a car). Therefore, our actions are limited more to the mother parish without being able to be more present in the other communities.

The lack of financial means for the realization of the mission of the youth and vocations ministry is also a challenge. At the level of coordination, we have initiated a Claretian family fund, which supports our meetings and visits from time to time, but this is not enough, especially since we cannot organize a Claretian day for all the youth. The meetings are simply held in sectors. Our goal is to organize a Claretian youth day once a year.

We also encounter some difficulties with young people, who for lack of financial means abandon their studies. And the coordination in some situations is not able to respond to the needs of these young people. Here in the North of Mozambique early marriage still exists and the girl is sometimes given in marriage at the age of 11 or 12. Also, in some localities, adolescents are forced by their parents to use drugs to work in the fields, and sometimes they also indulge in alcohol when they are idle. We are faced with a situation that invites us to act in order to offer a chance to all these adolescents to fully enjoy their adolescence. Therefore we find teenagers in our groups. These different situations challenge us and stimulate us to think of more concrete projects at the level of youth ministry and vocations in Mozambique with the support of sponsorship from outside to support our pastoral actions.

This year, in a special way, we organized the Christmas of the children displaced by war in collaboration with the diocese of Nampula. Since 2019 until today the North of Mozambique is living an internal war that has caused many deaths and the displacement of more than 9000 families in the Archdiocese of Nampula. At the end of this feast, we are planning for the year 2022 an outreach project for the youth and children displaced by the war and help for teenagers who are victims of drugs in some of our localities, with the project title “Youth without internal and external violence”.

For all the situations listed above, we appeal to the ministers of the Claretian Family of the African continent, to help us with material and financial contributions for the realization of our mission in Mozambique. It is a land of mission that makes us hear the cry of the youth in an urgent way. It makes us feel and touch the necessities, needs and sufferings of the youth. It is a land of mission that cries out for the future of its youth and the future of evangelization.

At the heart of all these challenges, we have a dynamic and committed youth. A youth that is involved with responsibility in all pastoral activities. A youth that desires to go out to meet other young people to bring them the gospel of Christ.

Dear brothers and sisters of the Claretian Family, the journey with Claretian youth is simply a great joy and an opportunity for us who accompany them to grow together in the charism of Saint Anthony Mary Claret. It is a journey that makes us feel and touch in a more concrete way the reality, the cries, and the wounds of the youth of our days. And this pushes us and stimulates us to bring the gospel of Christ to all the peripheries for the salvation of souls in the image of Saint Anthony Mary Claret. Through the intercession of the Immaculate Heart of Mary, may we be able to respond with generosity and simplicity to the needs of our young people.

“When I had the idea of being a monk and God inspired me to withdraw from the world, I did not think only of the sanctification of my soul, but also and persistently, what I could do to save the soul of my neighbour” (Saint Anthony Mary Claret). 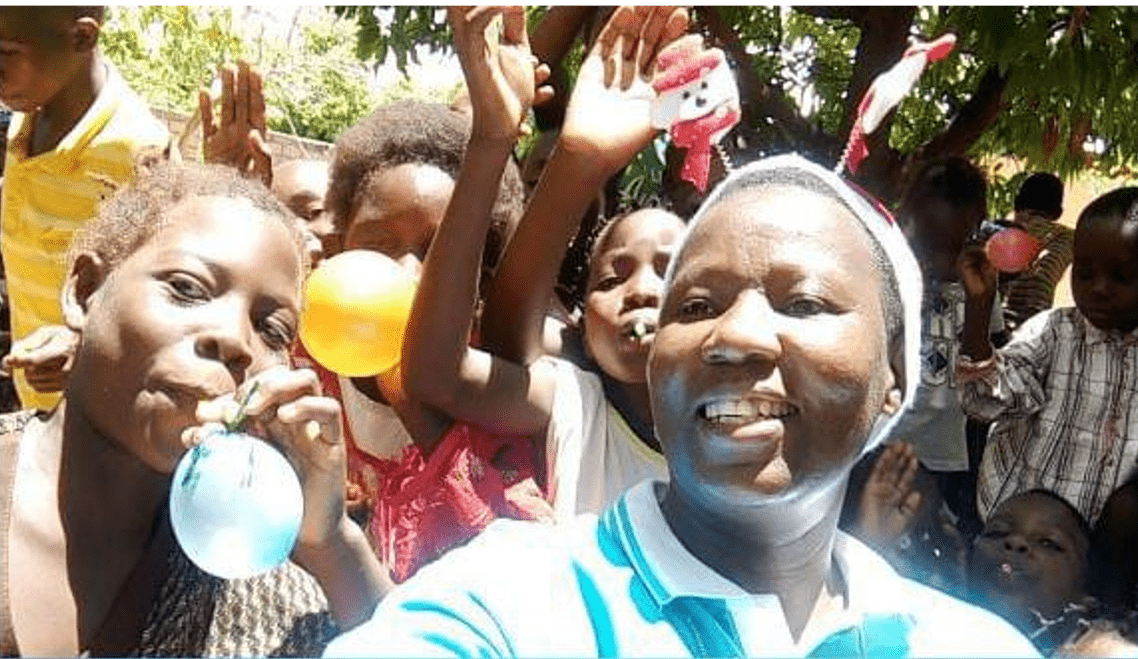