Years ago, I presented some pages on the history of the first General Chapter held after Vatican II. Now, after 50 years since its celebration, I am asked to share some personal memories. 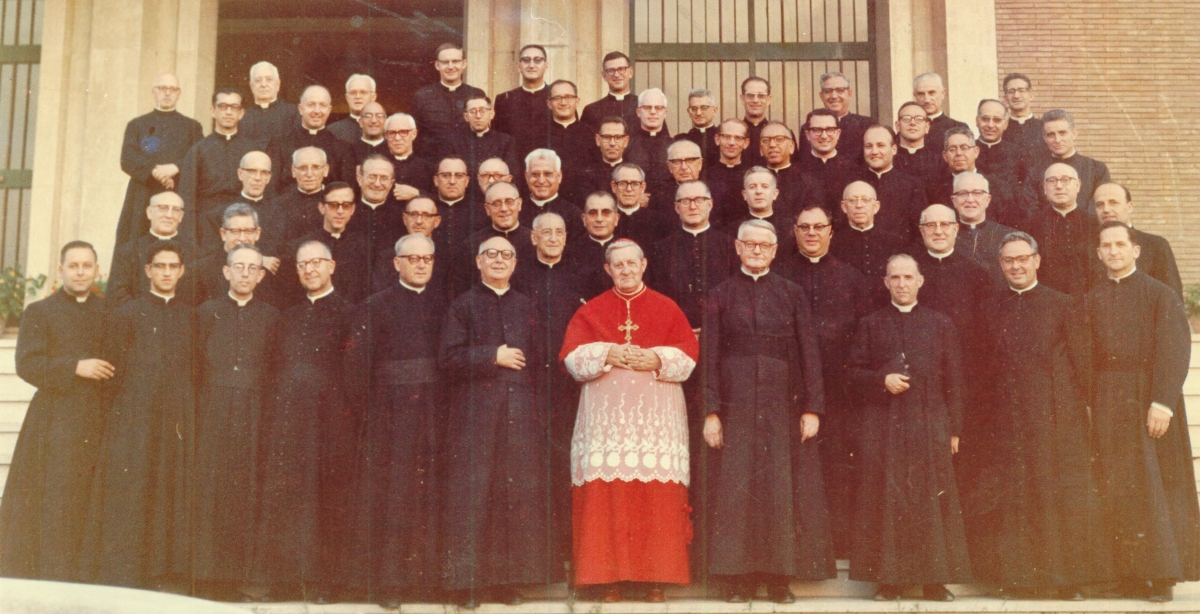 These were the years of post-conciliar ecclesial fervor. After convening the 17th General Chapter, I was involved in one of the nine preparatory committees. And later, shared in that Chapter, a long history of the Congregation (September 1 to 14, 1967). At my age, the choice as Secretary of the Chapter changed my life (and, to follow as Secretary General of the Congregation.)

I shared on a daily basis – at his request- some moments of dialogue with Fr. Schweiger, President of the Chapter. This was his friendly way of reviewing the records. I always remembered his efficiency and serenity in the conduct of the Chapter; the same which he had decided and guided the process of its meticulous preparation, which began shortly after the close of the Vatican Council.

A group of renowned Theologians and Canonists formed the Chapter Doctrinal Commission which developed the two most important statements that precede the other documents published. These provided the basis for the work of the other Committees. (My task of secretary did not allow me to participate in any of the commissions.)

The 59 Chapter delegates, of different ages and backgrounds, participated with one accord with a vision of renewal: it was an exercise to return to the foundational charism of Claret which nourished our evangelical way of life and mission, along with the need to adapt to the changing conditions of the times.”

However, diverse sensibilities and fears made it more difficult to approach the revision of the Constitutions. In fact, the Chapter didn’t make a thorough study of the text. Some specific points were left for the future commission to consider changing or introducing in the following Chapter. With the agreement of the Chapter delegates, this committee would be chaired by Fr. Schweiger. Fr. José M. Vinas presented a second point. It would take several years to accept a positive renewal of the Constitutions.

At the same time, it must not be forgotten that as in other Institutes, the renewal process led to a crisis for a remarkable number of Claretians, who left the community. This loss of men (linked to the decrease in income) followed an urgent need to revise our positions and our organization. However, fidelity to the conciliar keys in 1967, these points continued in successive Chapters, seeking to deepen the experience of the contemplative and missionary charism of Claret and the approach to new horizons in our mission. It remains important to the renewal of our individuals and to enable the reform of our organizations.