Presentation of The Book “The Strength of Vocation. The Consecrated Life Today”

Rome Italy. The presentation of the book “The Strength of Vocation. The Consecrated Life Today” which includes four hours of conversation with Fernando Francisco cmf with Pope Francis, edited by Claretian Publications of Madrid and that has already been translated into 12 languages, took place on the 29th of January 2019 at the Embassy of Spain before the Holy See in Rome.

The ceremony began at 16:00 in the afternoon with a greeting from the Ambassador, Mª del Carmen de la Peña, who thanked the Claretians for presenting the book in the said venue. Aquilino Cardinal Bocos, CMF, Msgr. Rodríguez Carballo, OFM (Secretary of the Congregation for Religious), Sister Sofía Contreras of the Daughter of Jesus, and the author, Fernando Prado, CMF participated in the ceremony. The director of the magazine “Vida Nueva”, José Beltrán, facilitated the session.

Cardinal Bocos stressed that reading the conversation, one feels involved, implicated and challenged. Pope Francis is a believer and consistent man. Although apparently the text can be read easily, it has a very deep background. He emphasized these accents: The person of Jesus, who is the strength of the vocation; the ecclesiology of the People of God; the trilogy: charisma, mission and prophecy; the growth processes; the method: discernment and option for the poor; and fertility.

For his part, Msgr. Carballo insisted on the evangelical and prophetic value of religious life, and warned of the danger indicated by the Pope of “ideologizing” and “mundanizing it”. Responding to a question that was asked directly, he explained that the new Institutes (new forms) of consecrated life should be closely accompanied; some have had to be commissioned.

Speaking of the role of the religious, Sr. Contreras clarified that the issue should not focus on the “priesthood of women, but on the contribution that women can make to the Church, because the church is male and female, because we are all Church and without women would impoverish the same Church.

Fernando Prado opened and closed the event explaining how he got and how this interview took place and highlighted the humane, cordial and trusting treatment of Pope Francis. He explained that he did not have to send him the questions beforehand, but that the Pope was responding to everything he said with a lot of simplicity and courage, without fear of tackling current thorny problems. Finally, he thanked the Ambassador and the Minister for Culture for their availability and collaboration.

The collected echoes have been very complimentary for Claretian Publications for the content and organization of the event. In the end, the Embassy offered a Spanish wine. 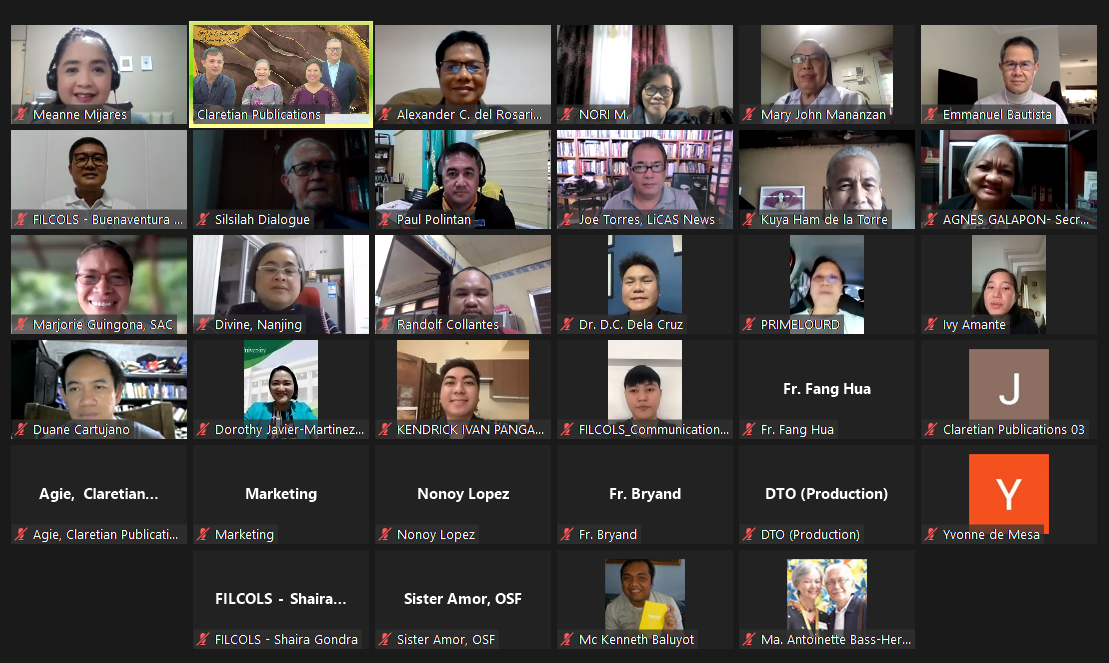 Claretian Communications Foundation, Philippines held an online annual gathering ‘CLARETIAN COLLABORATORS' APPRECIATION EVENT’ for Claretian authors, writers, contributors, and collaborators in the publishing ministry on December 2, 2022.For the past years, this event...