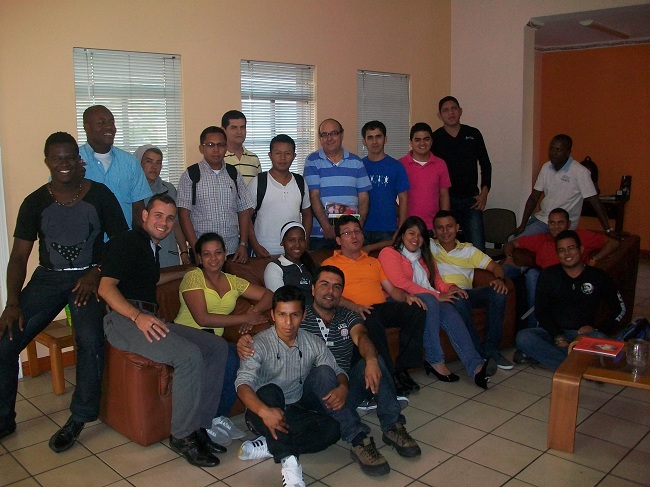 Medellin, Colombia. On the 18th and 19th of February, 2013, a significant group of laity, Claretian religious, and a Claretian sister (23 people in total) presided over by Fr. Javier Pulgarín, CMF, Provincial Superior of Colombia –Venezuela, gathered to program their Youth and Vocation Ministry.

At this meeting they evaluated all the work done in 2012 and completed the programming for 2013. It should be noted that this meeting pertains to the youth and vocational work in the region of Colombia. Another similar meeting will be held in the region of Venezuela. In addition, an idea was launched and very well received by all participants, for a Provincial Youth Ministry meeting to revise and improve this part of the project.

As fruit of their work there has been an increase in vocations in the Province thanks to the hard work and dedication of many Claretians, laity, and religious who have been committed to this ministry.