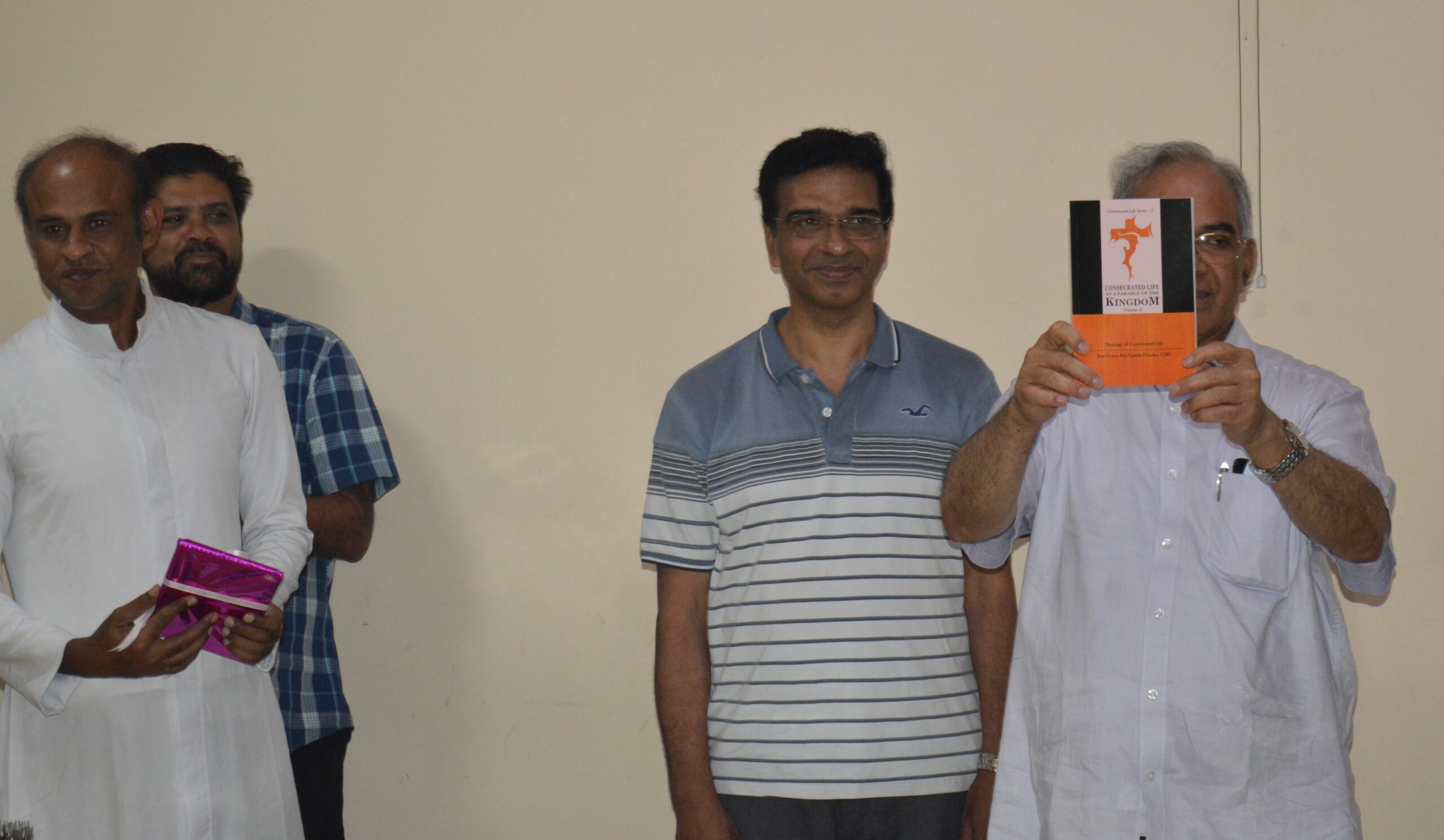 This joint effort with the vision and active guidance of Rev. Fr. Henry Omonisaye, CMF, General Consultor in-charge for the Claretian Higher Ecclesiastical Institutes, achieved its first milestone on 24th September 2020 by the release of the book of Rev. Fr. José Cristo Rey García Paredes, CMF, a renowned Claretian theologian from Spain. The book is titled Consecrated Life as a Parable of the Kingdom in two volumes. The first volume, which deals with topics like “Foundational Charismatic Roots and Identity,” “Prayer in Consecrated Life,” “Progressing in Consecrated Life,” and “Conformity with Jesus,” was released by Rev. Fr. Jose Koonamparambil, CMF, the Major Superior of Bangalore Province. Fr. George Panthalanickal, CMF, who celebrated his birthday on that day received the first copy as a gift.

Four more books are already with the Claretian Publications getting ready for printing.

ICL is very grateful to the General Government of our esteemed Congregation for its encouragement and financial assistance in realizing this project. ICL also thankfully remembers Claretian Publications – Bangalore, on this memorable occasion.