Signs of hope in Haiti 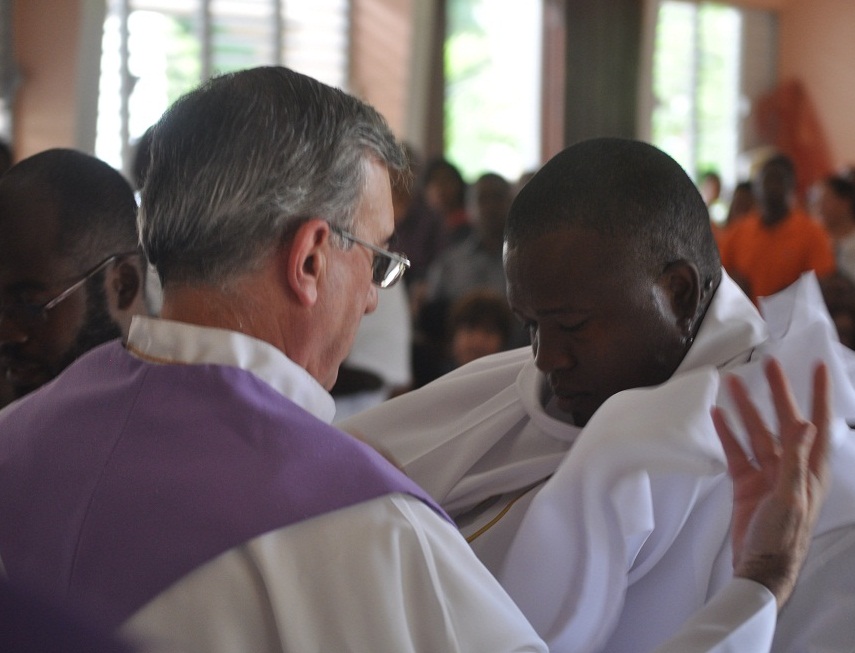 Haití. On the 21st and 22nd December Fr General visited the mission in Haiti, which is still living through the drama of the earthquake of last January, the cholera epidemic, natural disasters, and the insecurity and violence which all this has generated.

At the meeting everyone was able to talk about their worries and discuss the responses which we, as Claretians, are bringing to the situation in Haiti. It is a mission with many challenges, but it pushes us to renew the strength of our call to continue with our work in the country.

Amongst so many challenges, a sign of hope has been the ordination of three Haitian deacons, as previously mentioned. The ordination took place in Jimaní in the Dominican Republic, right on the border with Haiti, where the Claretians are working very hard on an important missionary project.

The ordaining minister was Mons Rafael Felipe, Bishop of Barahona, Dominican Republic. Also present were Fr General and Fr Héctor Cuadrado cmf, the Major Superior of the Antilles, as well as several Claretians and numerous representatives of Christian communities on both sides of the border.