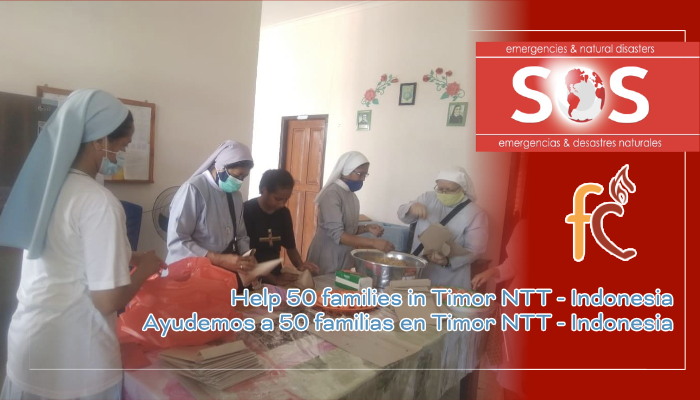 Indonesia. On Sunday, April 4, several islands in the southeastern archipelago of Indonesia were hit by tropical cyclone Seroya. The cyclone caused flooding, landslides, and waves up to six meters high. At least ninety-seven people lost their lives and several are still missing. Thousands of families were forced to abandon their homes. Rescue efforts have been hampered by collapsed bridges and bad weather that still does not allow access to the affected areas.

In the last two weeks, the communities of the Claretian Missionaries and the Sisters Missionaries of St. Anthony Mary Claret (MSAMC) have carried out various activities (preparation and distribution of food, clothing, and basic necessities) to help the most affected population.

The SOS Emergency and Disaster Fund of the Claretian Family has activated a solidarity initiative to help fifty families in the communities of Nurobo, Kupang, and Oebelo. For more information about the emergency and disaster fund, click here: http://apostoladocmf.org/sos