THE CLARETIANUM MOSAIC IN THE GENERAL CURIA 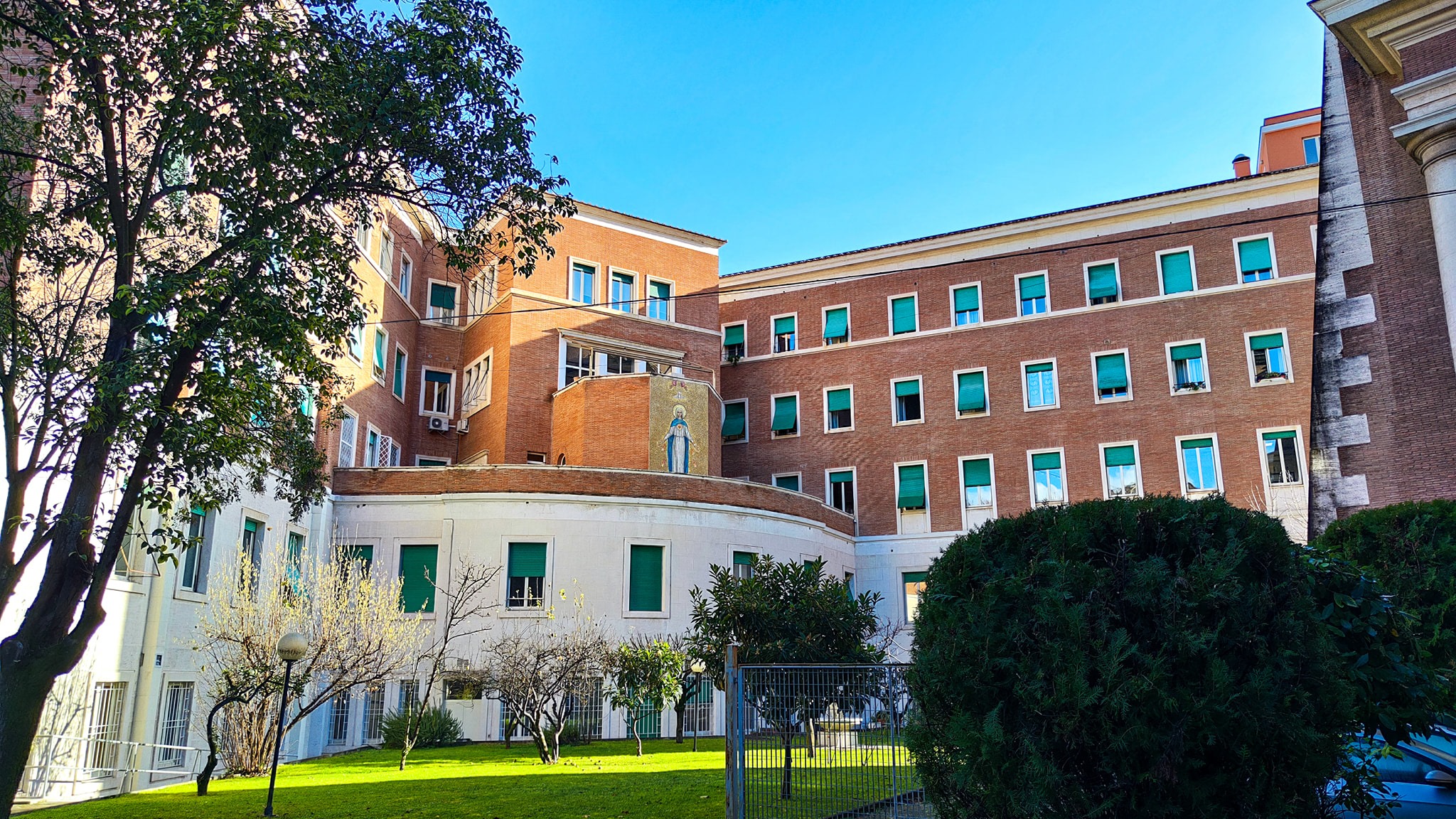 Rome, Italy. In 1959 the International Claretian College (Claretianum) in Rome was inaugurated. A little later Cardinal Larraona consecrated the altar of the new chapel. In the presbytery, the great mosaic of the Heart of Mary at Pentecost stood proudly. A beautiful image of 4 meters floating between two clouds, one at her feet, the other at the top from where the wounded hands of the Savior emerged sending the Holy Spirit, in the form of a dove, over Mary in the attitude of embracing her children while she distributes the gifts of the Spirit in the form of flames. The precious mosaic was the work of a consortium of the Vatican’s mosaic factory called Studio Cassio.

In the year 2000, due to the conversion of a part of the Claretianum into Casa per Ferie (hotel), the chapel was renovated, and for that reason, the large mosaic of the Heart of Mary was packed into manageable pieces in the hope of finding a suitable place for its relocation.

20 years later, in December 2020, the General Government, after a failed attempt to relocate the mosaic in the new church of Altamura, decided to place it in a worthy outdoor space, visible from the garden, and with its back to the great mural, also of the coming of the Holy Spirit, painted by Fr. Maximino Cerezo in the apse of the Chapel of the General Curia. From there, today she embraces the Curia and the parish community, generously distributing the gifts of the Holy Spirit received from the hands of her Son. On January 16, 2021, in a simple ceremony, Father General, Mathew Vattamattam, blessed the mosaic with the assistance of both communities.

Taking advantage of the opportunity, the statue of St. Joseph, patron of the Curia, was also relocated from the intermediate exterior terrace to the garden of the main entrance of the Curia.