The House of Segovia Celebrates 150 Years 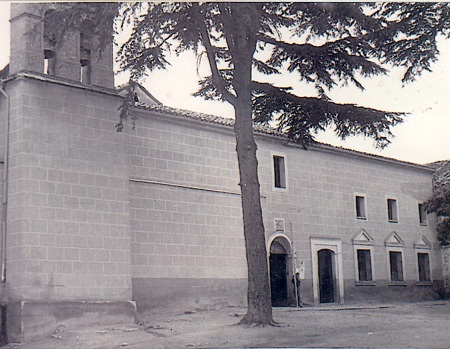 Segovia, Spain. It will soon be 150 years since the foundation of the house in Segovia. It was the 22nd of November 1861 (the year of the “Great Grace” of Claret in “La Granja”, close to this city), when the first missionaries arrived to this place in Castile to found the third house of the Congregation.

In August 1859 Fr. Claret preached to the clergy and faithful of Segovia, creating such a great impression that the Bishop of Segovia, Fray Rodrigo Echevarría y Briones and his secretary, Don Ildefonso Infante, asked our Father Founder to bring his missionaries. Fr. Claret brought this request to Fr. José Xifré, Superior General, which encouraged him to order the possible establishment of the Sons of the Immaculate Heart of Mary in this city.

The community which began its first steps that 22nd of November 1861 was formed of Fr. Clemente Serrat, first Superior of the Community, and previously Superior General, Fr. Francisco Crusats, first martyr of the Congregation, and Bro. José Saladich. A few days later Fathers Domingo Fábregas, cofounder of the Congregation, and Antonio Vilaseca joined the community. Then in the month of December, the community was completed with Fathers Donato Berenguer and José Maciá, and Bro. Ginés Capdevila.

From that distant date the Claretian life has enriched this community in varied and fertile ways for 150 years. In Segovia to say “Missionaries” is to say a history, a style, an evangelizing word: popular missions, church liturgies, chaplains to women religious, ministry to different parishes of the city and Diocese, formation of missionary students and brothers (postulants in past times, first novitiate in Castile, school of moral theology, philosophate …), headquarters of the Provincial Government of Castile for more than 20 years, Christian education and teaching, boarding school, youth groups, schools for parents, families, etc.

To mark this jubilee celebration, which is planned for the 26th of November of this year, a simple celebration will be held which, while honoring the memory of the many missionaries who have gone through this house, will offer thanksgiving to Lord imploring his Spirit, urging and encouraging us to continue living our missionary vocation with joy. (Photo)