“The World in a House”. Photographic Exhibit. 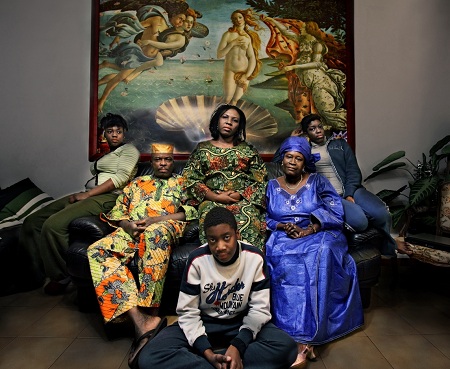 Lecco, Italy. From the 14 – 16th of June, the “House at the Well”, directed by the Claretians of Italy, will present a photographic exhibit entitled: “The World in a House”.

This show is the initiative of “Media Pime” and consists of 30 large dimension photographs which portray the many families who have immigrated to Italy and who live on the renowned Via Gorizia in the small town of Barazate on the periphery of Milan.

The photographer, Bruno Zanzottera from the “Parallelozero” Agency of Milan, has made a great variety of portraits of the appearance, and of the human and social situations of the immigrants through a unique and significant perspective: in the context of the family.

The photographs, made with the help of the local Parish and the “Dike” Cooperative, open a perspective to imagine Italy and Europe in a not too distant future. The town of Barazante, with a population of 11,000 inhabitants, some 3,000 (26.5%) are immigrants: one third from Eastern Europe (Romanians, Moldavians, Albanians), a third from Africa (mostly Senegalese and Maghrebs), and a third from Asia (mostly China and the Philippines). In addition there are many Latin Americans.

Barazante is the area with the highest number of immigrants in Italy. On one street (the Via Gorizia) 72 diverse nationalities live together, and one out of two children have foreign-born parents.

But, without ignoring the problems and prejudice, the Via Gorizia is not a ghetto and the presence of the immigrants has become like any other family situation: parents and children who, frequently, live with the same problems as Italian families at work, school, at service, etc.

These families are precisely the protagonists in this show, and from this family context, they narrate the places of their daily life in their apartments, around their children, displaying the souvenirs from their places of origin.