TOWARDS A CULTURE OF CARE: PROTECTION OF MINORS AND PREVENTION OF SEXUAL ABUSE IN OUR APOSTOLIC PLATFORMS AND PASTORAL SERVICES.

Sexual abuse of minors goes against respect for the dignity and rights of children, who are especially vulnerable because they have no possibility of defending themselves from the aggressions they may suffer and because of the serious consequences for their lives.

Since the crimes of sexual abuse by priests or religious have been in the press, the issue has been of great topicality both in society and in the Church.

Society has become aware of the problem and the States have approved measures and penalties for those who commit these crimes.

For the Church, sexual abuse has a greater relevance because it goes against the evangelical principles by which it should be governed and which it preaches: the dignity of any person is based on being a child of God and image of Christ. Jesus himself in the Gospels gives special relevance to children, in contrast to the marginalization to which they were subjected in the society of that time (Mk 10:14); he sets them up as a model of Christian spirituality (Mt 18:3), and warns those who dare to scandalize them (Mt 18:6).

Popes John Paul II, Benedict XVI, and above all Francis, have recognized the fact of the abuses committed by clerics or religious or by persons linked to their works, have asked forgiveness for the harm caused to the victims and have been taking measures for the prevention of these crimes and not to leave them unpunished. The Church has recognized that the policy of cover-up to save the prestige of the institution, the transfer of the abusing clerics or, in the best of cases, the mere imposition of canonical penalties is not only insufficient, but, on the contrary, prolongs and aggravates the problem, besides affecting its credibility and concluding in some cases in the abandonment of the Church and of the faith itself.

Many dioceses and Congregations, following the indications of the Popes and the norms promulgated by the Holy See, have been elaborating their protocols of action in cases of crimes of sexual abuse. The Claretian Missionaries had a first protocol in 1999, as a consequence of the decision taken by the General Government and the Provincial Superiors of the whole Congregation the previous year in Bangalore. Only the issues of concern at that time were addressed and solutions to those problems were given. Over time, as things became clearer, and as the Church offered new norms and directions, the attention and concern of the Congregation focused on the processes for dealing with the discovery or reporting of sexual abuse by one of its members.

Today we see that focusing on the reporting of abuse, while important, is insufficient for the goal of protecting minors and preventing crimes of abuse. Prevention is better than cure. In 2019 the Congregation published the “Manual for the Protection of Minors and Vulnerable Adults” along with the “Protocol for the Prevention and Intervention in the Face of a Crime of Sexual Abuse.”

The Congregation has taken this issue very seriously because, as Fr. General says in the presentation of the Congregational Vademecum prepared for this purpose, “the care of people and nature are an integral part of our life and mission.” The last General Chapter also insisted on this point: “We will create safe environments for children, adolescents and young people to grow in freedom and responsibility” (QC 69).

What can be done to protect minors and prevent crimes of abuse? Some important measures can be pointed out:

It is the responsibility of superiors, parish priests, school directors and pastoral activities to share the concern for the protection of minors and to encourage all those involved in child and youth ministry platforms to take on the commitment to create a safe environment for minors and to protect them from any abuse.

The involvement of all pastoral agents is essential. We must be aware that protection and prevention is not done on paper, nor is it the responsibility of superiors or those in charge of pastoral activities: it is a task of society and, in our case, of the Claretians, volunteers, collaborators and contracted persons.

The pastoral agents are not always aware of the seriousness of the abuses, they do not know the civil laws or the norms of the Church and of the Congregation. Everyone should be aware of the importance of the protection of minors and the seriousness of abuse, reflect together on how to protect children and adolescents, what behavioral guidelines need to be established to do so, and be willing to take responsibility. When the policies to be followed for protection and prevention are sought together, it is easier to assume them than if they are given “from above” as something imposed. This is the first step to be effective.

Fostering a safe environment for minors means recognizing their dignity as persons and as children of God, treating them with respect, and avoiding comments or mockery that could ridicule and humiliate them.

Creating a safe environment for minors means not tolerating possible abuse or abusive behavior and not being afraid to report it. No one wants to be a “snitch,” a tattletale, because it is understood as disloyalty to friends or peers, but we cannot let what is a serious sin and a crime go by, nor look the other way because what is at stake is the life of the children or adolescents entrusted to us.

Unfortunately, this is not always the case. Without even thinking of broken families, there are families who have to work so much that they cannot care for their children adequately. Parents do not always have an adequate Christian formation; they either neglect the sexual education of their children or are very permissive in the evaluation of certain sexual behaviors.

On the subject of abuse, it is important that parents, adapting themselves to the age of the children, explain to them what sexuality is (also from the Christian point of view), help them to distinguish what is right and what is wrong, how to behave with people who are strangers or even close to the family (teachers, priests, monitors, etc.). They should talk to them, and instill confidence in them so that they can freely comment on what they do at school or in the activities in which they participate, so that they can talk about their relationships with classmates and adults. Parents, for their part, must be informed about what abuse is, how to prevent it, what are the symptoms of having been abused, and the risk factors in which children may find themselves.

[1] Fr. José-Félix Valderrábano is the Procurator of the Congregation to the Holy See. 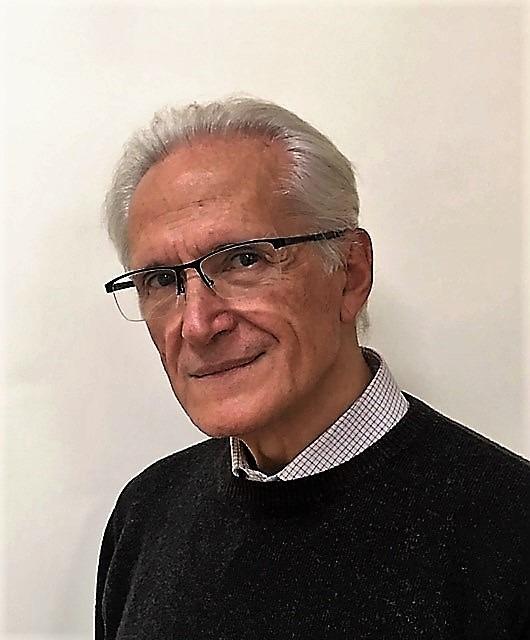