Violence in the Ivory Coast Affects the Claretian Mission 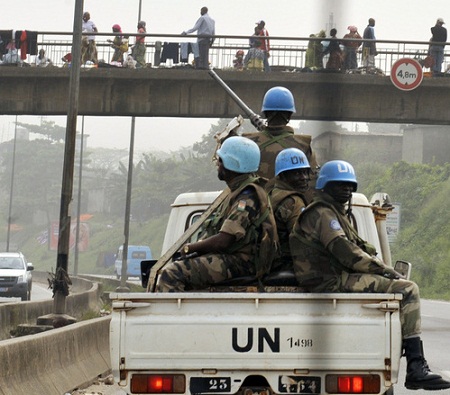 Abidjan, Ivory Coast. Ever since the elections on the 28th of November 2010 a series of conflicts has been escalating in this country to the point of a new civil war. The opposition candidate, Alassane Ouattara, and until now, the Governor, Laurent Gbagbo, have been declared the winners and others have been installed as President of the Republic in various ceremonies …

The electoral authorities of the Ivory Coast and of the UN do not recognize the triumph of Laurente Gbagbo, nevertheless, he is supported by the Army. On the other hand the opposition counts on the support of the traditional rebels who still control the North after the war which divided the African country from 2002 to 2007. The conflict has caused already caused the death of many people and the violence has spread throughout different parts of the territory.

Father General has had to cancel his visit to our missions which was scheduled in the month of February. The Provincial Superior of Poland, in charge of the Claretians there, and who has been in continual contact with them, has written to Fr. General:

“I can only say a few words, that right now the situation in the Ivory Coast is very bad. In the cities there is armed battle, also in our missions. In our missions of Bouafle and Soubre there are many refugees who want to hide from the rebels…Today in Soubre the rebels stole the car from our Claretian mission. It is difficult to predict how this situation is going to develop in the next days.”