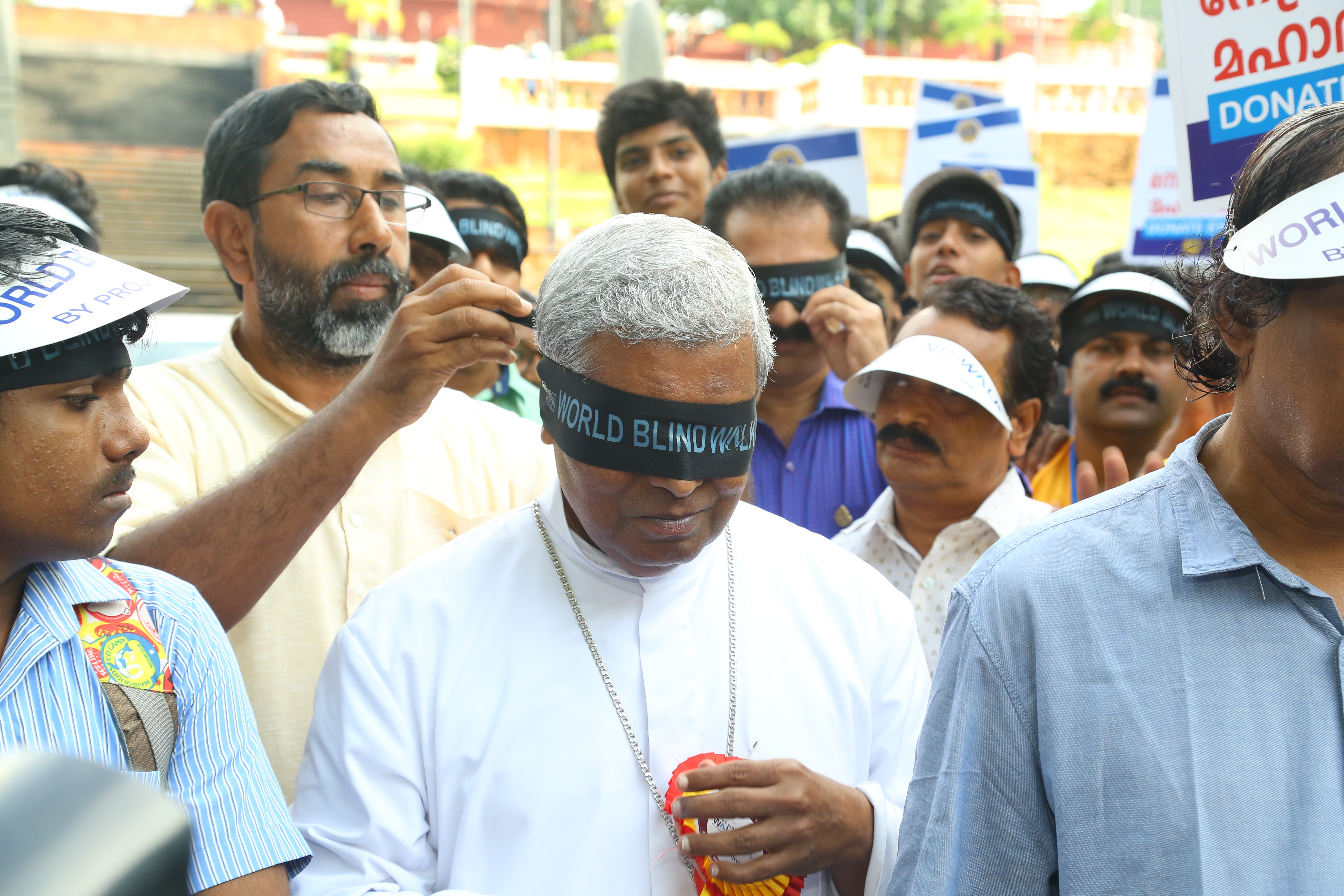 The eye donation movement by the Claretians is becoming a global movement. Several Archbishops, Bishops, Provincials and thousands of faithful along with the public walked Blindfolded to give leadership to the BlindWalk program on Word Sight Day, October 12. Several priests and sisters took the organising role in various places across 250 locations in India, making it the largest eye donation campaign in the world on World Sight Day. Archbishop Soosai Pakiam flagged off the BlindWalk at Trivandrum. Archbishop Anil Couto led the pledge at Delhi. Bishop Thattil blindfolded fellow priests at Trichur. Archbishop Thomas Macwan led the entire BlindWalk program in Ahmedabad. Similar support and presence of Bishops and leaders were visible in many places. Various congregations, Dioceses, and institutions joined the program as organisers.

BlindWalk’s relevance for India comes for the fact that India has 15 million visually challenged persons – accounting for worlds one third blind population consisting of 39 million people, according to WHO. About three million people could see again through eye donation in India. But sadly only less than 30,000 persons have donated their eyes in India, despite having about 85 lakh deaths. Project Visions objective is remove corneal blindness from the world through an eye donation movement, since similar situations exist in many countries across the world. Initiated by Fr George Kannanthanam, Project Vision has been able to set off this movement in a very strong way through the BlindWalk program.

BlindWalk came as a community response to blindness. Various grassroots organisations and institutions come together to form a community to organise the BlindWalk. 104 Arokiavani organised 47 BlindWalks across Tamil Nadu. Rotaract groups in 50 colleges in Chennai got all their members to Walk blindfolded. Madura Microfinance Limited has lined up 61 of their offices and self help groups acrossTamil Nadu, Karnataka and Maharashtra, consisting of more than 3000 people to participate in the BlindWalk program. National Service Scheme (NSS) organised a BlindWalk in every one of its 51 College Units across Wynad district of Kerala. Five thousand volunteers of NSS, visited ten families each in a campaign for eye donation after the BlindWalk encouraging them to pledge their eyes. Thus every type of organisations are part of the BlindWalk program in every place.

National Association for the Blind, Eye Bank Association of India, 104 Arokiavani, Rotaract, National Service Scheme, Catholic Health Association of India, CBCI – CARD and Madura Microfinance Limited are the national partners of organising the BlindWalk. While The Muthoot Group was the main corporate support, Essilor, CBM, Alcon and a host of local sponsors support this social cause.

Fr George Kannanthanam, Founder Director of Project Vision proposed to the government of Kerala to have better accessibility to the Eye Banks by starting an Eye Bank in every district. Though India has about 750 Eye Banks, Kerala has only seven. Chief Minister Pinarayi Vijayan promised that the facilities will be expanded as required. Project Vision has coordinated with three hospitals at Kottayam, Thodupuzha and Kalpatta to start Eye Collection Centres so that more eye donations can actually be promoted. Fr George proposed that every hospital having more than 300 beds must function as an Eye Collection Centre.

Though the Catechism of the Catholic Church clearly promotes eye donation (No. 2301), the Church has not promoted it among the faithful in an organised way. Giving sight to the blind was the largest number of miracles done by Jesus. Project Vision is the continuation of this sight giving mission of Jesus. Claretians have made special commitment to reach out to such ‘persons living in the peripheries’. 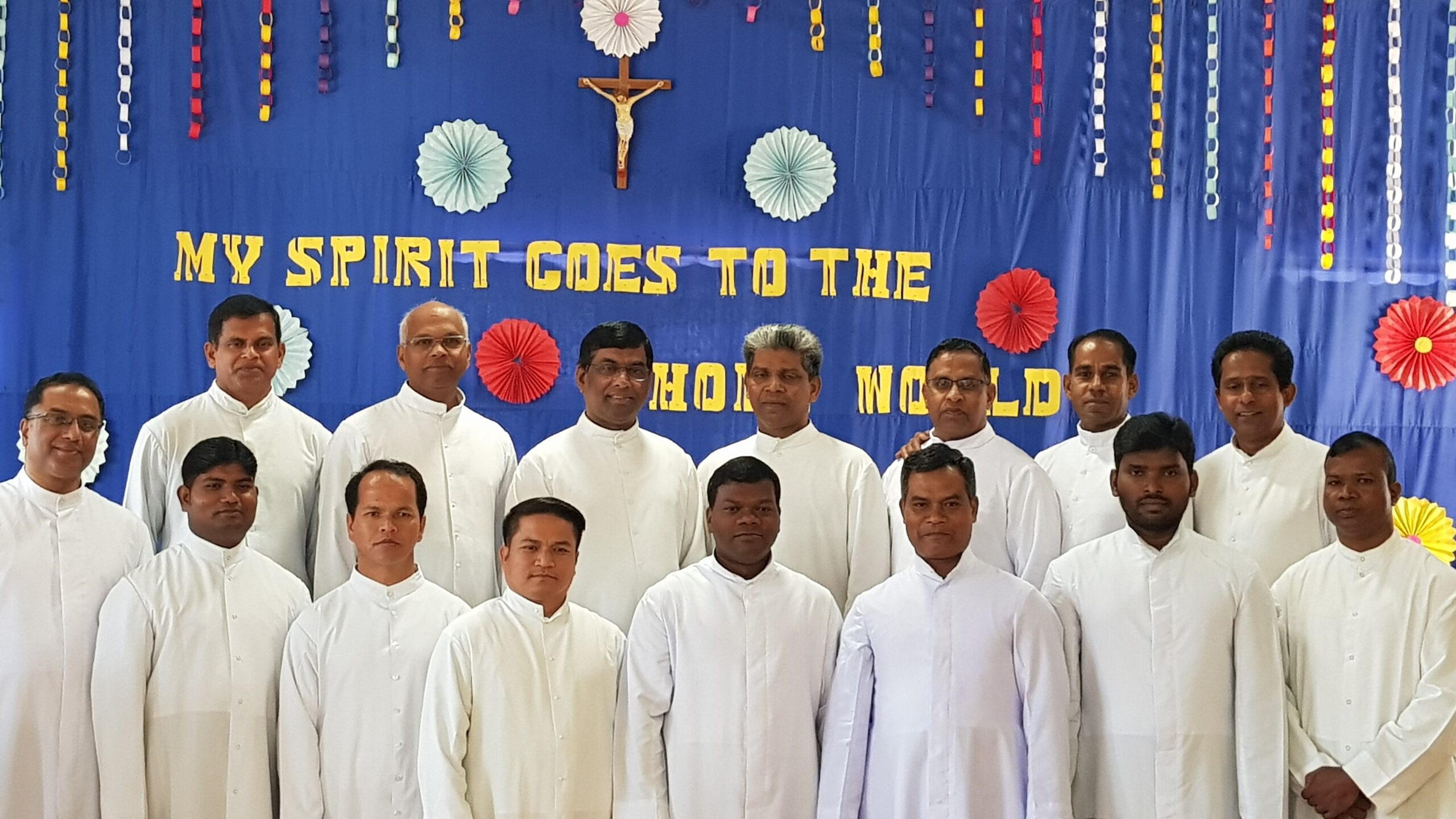 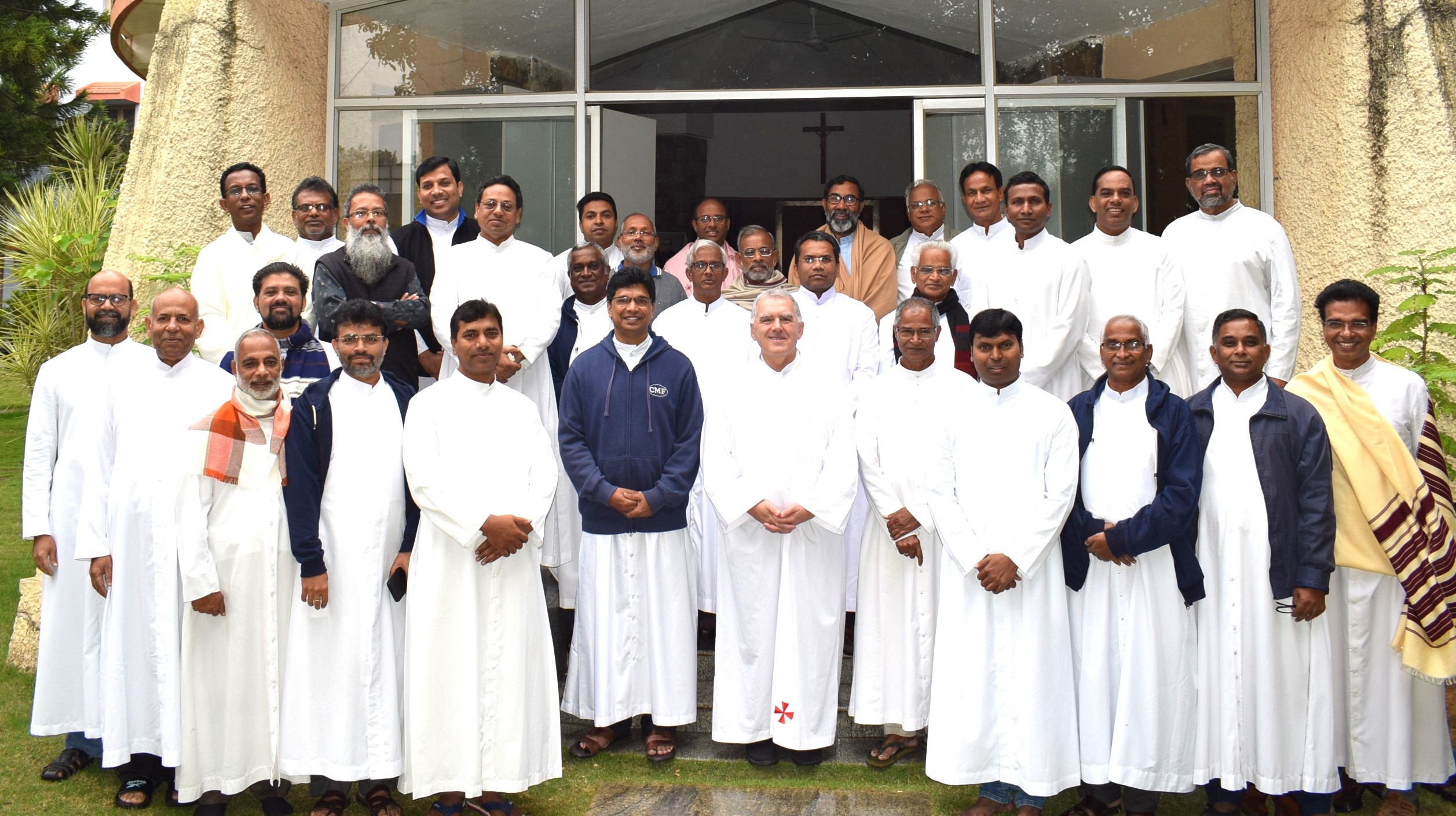 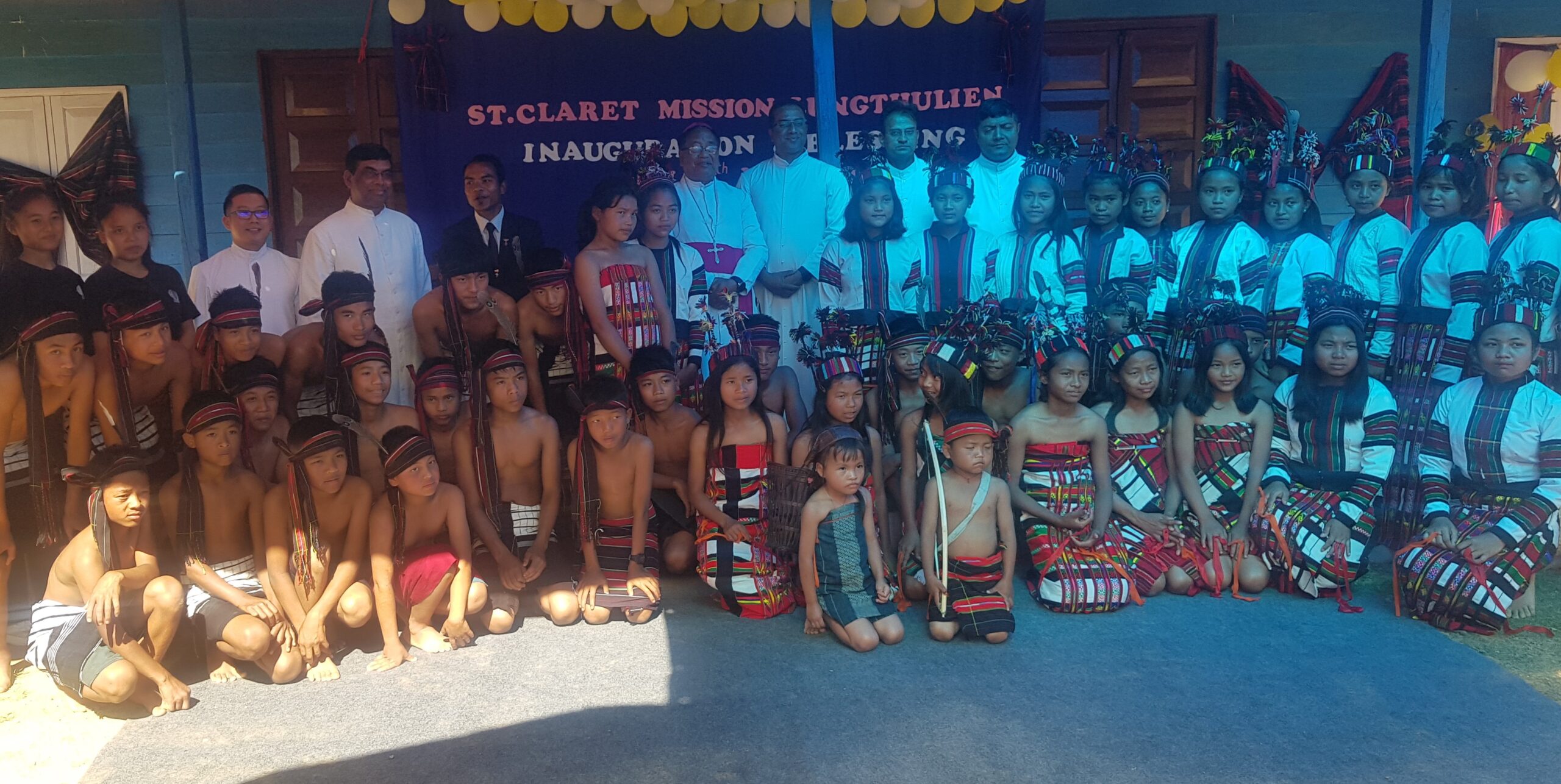